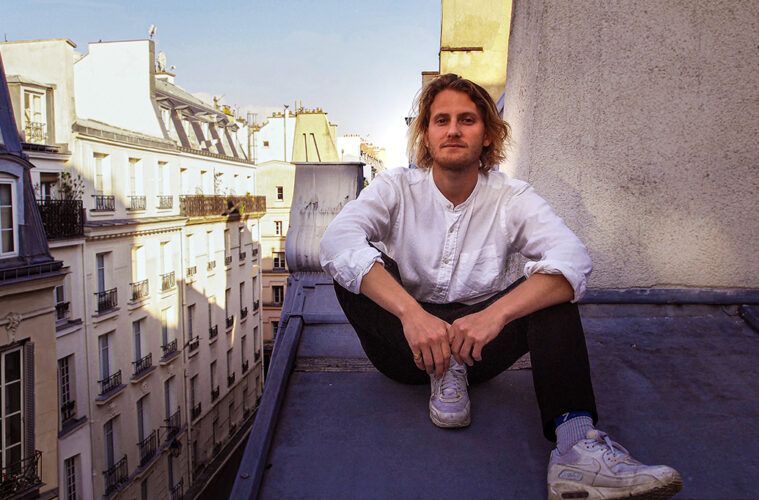 Tigre Does Paris with Petit Prince

One fateful day in 2015, through a desire to evolve his musical endeavors and express himself authentically, Petit Prince was born. Equipped with an impressive musical background, he’s mastered harmoniously blending electronic sounds with real instruments, bridging two distinct worlds, and introducing a new sound to the French sonic landscape. To facilitate this journey, he teamed up with his childhood friends and voilà, one of France’s most active labels emerged – Pain Surprises – taking a keen interest in incredible music, funny adventures and anything that can bring people happiness.

Releasing his debut album this past September, Les Plus Beaux Matins [The Most Beautiful Mornings], is a poetic recollection of the love he gives and receives, the happiness inherent in the simple things, and the allies who have helped him persevere along the way. The album is a true representation of his approach towards life – not conforming to the pack and staying true to oneself – and serves as an inspiring reminder for the rest of us.

Soon returning to his native Strasbourg after a ten-year stint in the French capital, we took the opportunity to catch up with Paris’ own Little Prince on his inspiration, debut album, and Parisian life – letting you experience a little piece of his musical kingdom wherever you are.

Steph Rushton: What are some of your favorite artistic creations?

Petit Prince: For music, MTV Unplugged by Nirvana – it’s one of those albums I still listen to, and it makes me feel the same thing that I did when I first listened to it. For reading, La Carte et le Territoire by Michel Houellebecq because to me it’s the most touching love story. In French we say it’s “Cru” like it’s not cooked, it’s rough, it’s not romance, it’s not beautiful – it’s the dark side that comes with love too. And for films, Naissance des Pieuvres by Céline Sciamma is great, but the music is even better. It’s one of the first times I knew the music before I knew the movie.

SR: When did you realize you wanted to pursue music professionally?

PP: I think a lot of what we do is because of our parents – whether it’s conscious or not. My dad always listened to music very intensely, so he gave me my first emotional experiences with music and when my parents divorced, it had a massive impact on what I decided to do with my life. My dad always put a lot of pressure on me like “you have to be a doctor, you have to be a lawyer, you can’t do anything else, you can’t go to Paris, you can’t write…” but I’ve never done what my parents wanted me to do [laughs]. So, because of that, I built strong friendships and pursued becoming a musician and starting a record label with my friends. I’ve also been really inspired by Kevin Parker from Tame Impala because we share the same feelings about music – playing all the instruments yourself, which is basically what I did on my album.

SR: A lot of French musicians sing in English, but you’ve stayed true to your French roots, which is great. What influenced your decision?

PP: Learning languages is interesting because you can say different things in different languages – especially with emotions. What’s most important to me is that when people listen to my music, they feel their own emotions and connect their personal experiences to it. I realized to do this, I had to write in French because it’s the language I can best express myself in, and the more I look within myself and the more I discover for myself, the more I discover for others. I actually just released a cover of “What is Love” – but in French, which is cool because it creates a totally different perspective.

SR: For your song “Chien Chinois” you shot a second music video in an animal shelter in Morocco – how did this come about?

PP: It happened pretty naturally actually. I was in Morocco and I checked out this animal shelter and had this strong feeling that I wanted to do something there. When I first arrived, I was standing in front of the gates and was listening to 1000 dogs barking and felt a bit nervous because I was going to be standing in the middle of all these dogs and if they wanted to do anything to us, they could – 1000 of them against me and the crew [laughs]. But nothing bad happened and I’ve actually never felt so much love in my life. Dogs just love us so much, so it was a really great place to shoot the video because there was such a strong emotional connection with the dogs – they’re a source of magic.

SR: You’re also one of the co-founders of the label, Pain Surprises. How has this experience helped you evolve musically?

PP: It’s allowed me to work with a lot of artists, because normally I’m not like this, I’m generally always doing music on my own and not really joining up with other musicians to play in sessions. I guess that’s because I’m really shy – I’m definitely not that guy who goes to a party and if there’s a piano or guitar there, I’ll just start playing for everyone [laughs]. So, having the label has given me the opportunity to collaborate with other artists without being a musician with them.

SR: What’s your perspective on the music scene in Paris and what it’s like to be a musician here – any advantages or disadvantages?

PP: For disadvantages, most people are making music alone because there isn’t a lot of space to have a full studio with instruments, and even if there was, the neighbors would probably complain about the noise. I guess that’s why there’s so many electronic music producers here. That’s cool, but I think the best albums use real instruments. Like imagine if Jack White didn’t have access to studio space with real instruments – it would’ve changed everything. And the advantage would be that in Paris, there’s this vibe that everyone wants to succeed; there’s this positive competition – like you want to be better than the others, but in in a good way. When I see new artists killing it, I’m happy for them, and it makes me think “ok, I want that for myself too.”

SR: There’s a lot of misconceptions about Paris – especially for artists. What do you think some of the biggest stereotypes are?

PP: We’re not all smoking cigarettes and drinking coffee and having really brilliant ideas in bars at 4am. We’re pretty much all waking up in the morning, working as normal people and feeding off the experiences we have. Sometimes it’s just me and my keyboards and I really have to think about what I want to say and create. Some things work and some things don’t, so I’m constantly trying different things to find the right fit. It’s not like ideas just come to me like a strike of lightning and voilà I have my next song. 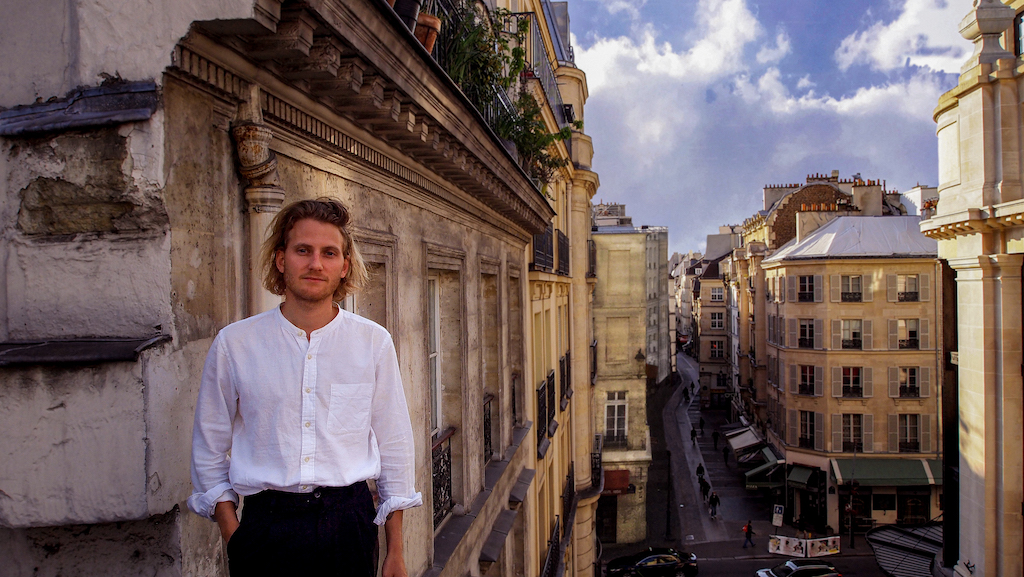 SR: In a culture known for critiquing, how do you handle other people’s opinions of your music?

PP: I’m proud of making my album instead of doing whatever else, so I try not to care too much. If you release music that isn’t working, then nobody cares – so why should you? Just start again. It’s about enjoying what you’re doing. If your goal is to achieve mainstream success, well how fun is that? For me, I love being in my studio. It can be painful because most of the time ideas don’t turn into good songs – sometimes I’ll be working on a song for two weeks and it’s just not working, and I have to move on to something else. But when I finally do make a song, I feel like I’m the king. I just feel so good – It’s like no other feeling. So, to me it’s not about how many records I sell, it’s about this feeling – that moment when I realize my idea will make a great song.

SR: Have you ever had a setback that made you question if you should continue making music?

PP: Yes – releasing my album during the pandemic. There was no tour or concerts, which is the main way of promoting an album – especially for artists who don’t have huge fan bases – and everyone is so consumed with COVID news that a lot of people don’t care about new artists releasing their music. For a few months, I didn’t even try to make a song because it felt so discouraging. I’ve dreamed of releasing an album since I was young and it was supposed to be one of the happiest times in my life, but it was not at all what I dreamed it would be, so that was really hard.

SR: Since you’re moving from Paris, what will you miss the most and what are you looking forward to leaving?

PP: What I won’t miss is having to fight for everything – you want to go to the cinema, it’s hard finding good seats; you want to eat outside in the sun, it’s hard to find an empty table; you want to check out a nice restaurant, you wait 3 months to get a reservation – things like that. Maybe I would still do drugs if I never moved to Paris because Paris is too stressful for me to drug myself [laughs]. But what I will miss is the energy of the city – there’s a lot of ambitious people here making great things and it’s nice feeling this energy. It’s hard for me to live around people who are just enjoying their peaceful lives because I’ve always wanted my life to have something magical and incredible about it – like the 5th dimension of living.