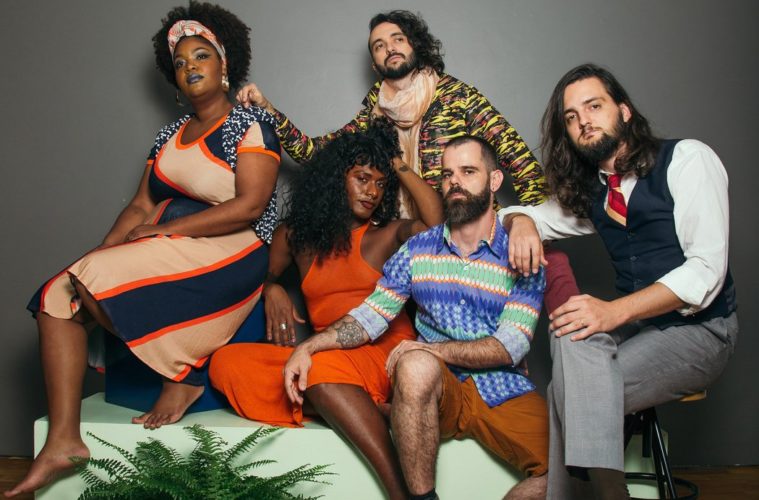 Move over Ricky Martin, because there’s a new wave of Latin LGBTQ artists opening up about their sexuality and redefining the musical landscape.

Normally characterized by inclusive street parties, superfluous amounts of glitter and hugging strangers, Pride is being celebrated differently this year in light of COVID-19. Despite this, the LGBTQ community and its allies remain loud and proud for another year of persevering in the face of adversity, and Latin pride is no exception.

Strongly rooted religious beliefs and cultural biases have long made Latin America one of the most dangerous regions in the world for LGBTQ communities. Although policy changes are slowly being pushed through, the struggle is still very real as societal acceptance still lags behind. The lockdown magnified many of the hardships experienced by the LGBTQ community, such as when a number of Latin countries implemented policies dictating specific days that women and men could leave the house. The result was increased violence against LGBTQ individuals as the general public still struggles to acknowledge their experience. In such unprecedented times, when humanity should come together more than ever, it’s starkly apparent that there’s still much work to be done as societies continue to marginalize LGBTQ communities, leaving many afraid to express their true selves for fear of persecution.

However, amidst the darkness are shining lights increasing the visibility of sexual diversity in Latin America and inspiring others to follow suit and embrace their unique identities. In honor of these revolutionaries in their own right, here are five of the fiercest Latin forces redefining what it means to be a Latin LGBTQ artist today.

Liniker Barros is not your typical 24-year old. As a trans black woman in a country where violent crimes against the LGBTQ community are increasing each year, leading one of the most popular Brazilian nu-soul groups today has enabled her to spark a dialogue about social issues across the country.  “[My] visibility as a singer helps me occupy spaces that aren’t the usual ones for trans women. That representation is so important. Brazil remains a very transphobic, chauvinist, racist country, with a lot of hate speech. When a trans woman takes the stage, that alone is political.” The band’s smooth Brazilian soul music is rich with emotion and the sincerity in Liniker’s voice ensures – whether you speak Portuguese or not – that their empowering message gets across.

Dubbed Chile’s Queen of Androgyny, Francisca Bascuñán, aka Entrópica, is helping redefine Latin pop music with her gender-bending lesbian presence. Entrópica shares her pride with the world through her Bowie-esque aesthetics, synth pop sound and bold artistic choices (we couldn’t help but think of L’Origine du Monde when seeing her album art for Adentro, paying the ultimate tribute to female anatomy). Her latest video “Formas” represents much of what Entrópica has experienced throughout her life – a confused crowd not sure what to make of her gender-fluid presence. So, what does she do – she keeps singing anyways.

As an indigenous trans woman from Lima, Peru, Chaska Sofia has done a tremendous job of empowering minority communities. Deviating from the mainstream, her music modernizes indigenous sounds by fusing traditional indigenous Peruvian instruments with techno and hardcore, like on her latest EP Landcore. In her current home of Philadelphia, Precolumbian has started a number of club nights catering to the LGBTQ community  – most recently Seltzer –  showcasing trans DJs (especially those of color) earning her the Leeway Transformation Award for her commitment to social change work.

To say that Arca’s music videos push the boundaries is an understatement. Like Marylin Manson’s gay gender-fluid counterpart, Venezuelan native Alejandra Ghersi has no shame in breaking the rules and using provocative artistic expression to get the point across. Arca’s cerebral and avant-garde electronic music investigates issues such as gender, sexuality and identity. Arca’s fourth album, KiCk i, is due for release at the end of June and continues the important dialogue he started, with Björk, Rosalía, Shygirl, and SOPHIE getting behind the cause.

As one of the most colorful new faces in Colombia’s Trap music scene, LoMassBello has already become one of the foremost advocates for diversity. With mixed afro-mestizo heritage and identifying as a fluid black transgender person, Johan Castrillón has started a dialogue around how languages fail to recognize the experiences of gender-fluid individuals, making it difficult for them and society to embrace their unique identities. LoMassBello’s debut single “Shut Up” addresses all the people who antagonize the trans and gender-fluid community saying “it is my body, it is my decision. I decide who I decide to be, and I have the freedom to build and invent myself all the time.”