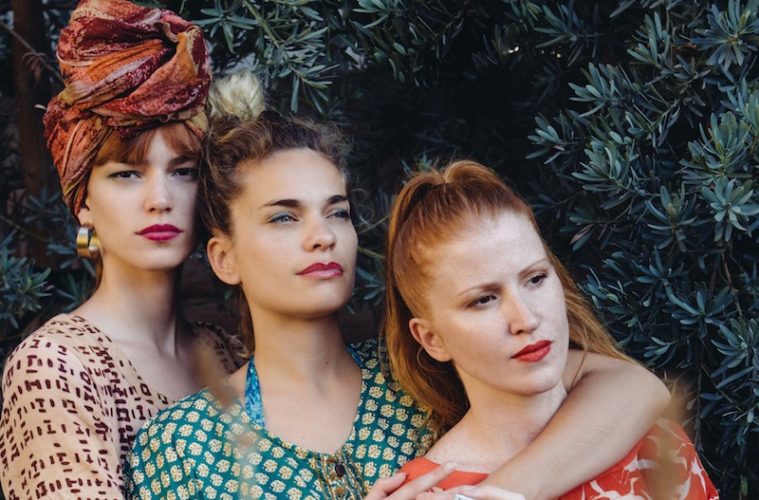 Photo by Jessica Pons via The Vinyl Factory

What the Music Industry Jammed to During Quarantine

Depending on where you were in the world, your life probably changed dramatically sometime around mid-March. A totally unprecedented health pandemic gripped the globe and held it temporarily in its place, spurring a range of emotions in its wake. Maybe you were the type of introvert who revelled in the realization that your Spring social plans were officially cancelled. Or perhaps you were one of those uber planners that cringed in this crisis of uncertainty, leaving your anxiety to crawl up the wall. Whatever type of quarantiner you were, it’s likely that you turned inward to reflect on what this quiet time could mean for you, and outward to draw hope and inspiration from some of your favorite musical artists.

Music does, after all – carry us through our darkest moments, provides fodder for imagination, and creates the perfect soundtrack for the ebbs and flow of our lives. Because we recognize the power in training your focus toward some impossibly good music, we asked some of our favorite music biz buddies to share what got them through this lonely spring.

Globetrotting band manager Allie Silver found herself forced to stay put in Berlin, where she recently relocated after almost a decade living in Buenos Aires. Though Silver had just completed tours across Asia and Europe, she found herself thrilled to be making a space in her new home. “I have been into Biig Piig for a minute now since her low fi chill track “Perdida” hit in 2018 off her EP Big Fan of the Sesh, and have been craving more. I happened to stumble upon some of her new tracks recently — “Sunny” and “Roses and Gold” have been a perfect soundtrack to sunny Berlin springtime walks by the canal,” Allie says. “Yazmin Lacey was one of my favorite quarantine discoveries, and was a perfect soundtrack for relaxing mornings meditating and drinking tea to set the tone for the day. Her new EP Morning Matters was my morning mantra.”

Currently based in Miami, independent producer Tita Garcia is often hard at work creating energizing campaigns and creative content for the likes of HBO, Red Bull, and Remezcla. Her quarantine soundtrack ranged from buzzier artists like Bad Bunny and Drake, to softer, ancestral grooves and meditative tracks. “Brian Eno’s Mixing Colours gave me a sense of mindfulness and gratitude about everything that is going on in the world,” says Garcia. “Meanwhile, Yoruba Andabo’s El Callejon de los Rumberos, with the sound of “el tambor” will forever get me. It nurtures the beat of my heart and it takes me back to a memorable trip to Cuba in 2017.”

As the founder of Tigre Sounds and Prism Creative Group based in Miami, Isabella Acker’s life certainly took an interesting turn in mid-March. She got creative making playlists for Tigre – like one of our personal favs, Tierra – to brighten our collective mood. “The pandemic brought such a full gamut of feelings and the playlists show that. At the time (and still so) the news was super triggering and scary to absorb, and there was this constant feeling of anxiety and fear around proper precautions, taking all the safety measures, etc. That’s why I made the Tierra playlist for grounding, peace, and release. Focused on South American electro folk/earthy rhythms, it really helped me feel connected to nature when it felt all too overwhelming,” she says. 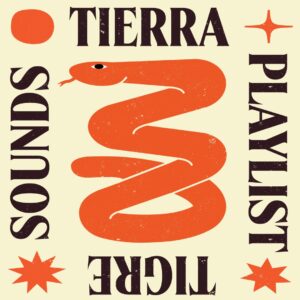 As a curator for So Stereo, an agency that pairs brands with musicians to generate exciting creative content, Alberto Khoudari is constantly on the hunt for new and emerging talent. He told us that “There’s no bad music, only bad timing,” and shared what kept him going through these particularly rough times. Listening lately to bands like Altin Gün, Guts, and The Mauskovic Dance Band, Khoudari selected tracks that hit close to home. “I’m born and raised in Colombia but my family is from Syria, so Turkish music and Middle Eastern melodies run in my blood. I really connect/feel it! Altin Gün is a Turkish band that blends traditional Turkish folks music with disco, psychedelia, funk and surf-rock. For me, it’s like I’m mixing my roots with my current taste,” he says. “I’m also in love with The Mauskovic Dance Band because for me, it has a perfect balance of digital versus organic, mixing dance music with latin rhythm influences like cumbia & psychedelia. I believe music affects me too much (medicina) & when I’m listening to them, I forget the bullshit and my body just wants to dance.”

Patagonia-born, Buenos Aires-based lyricist and songstress Toti Trucco is usually found touring with her celebrated all-girl band Femina, or working on her solo project Sof Tot back home. Having recently moved to a cozy home in suburban San Isidro just outside the city, Trucco has spent the last few months drinking with mates by the Rio Plata and enjoying time with her partner in love and music, Fer Echeveste and their young daughter, Perla. “Right now my playlist is comprised of Laurie Anderson, Ryuichi Sakamoto, and Weste,” says Trucco.