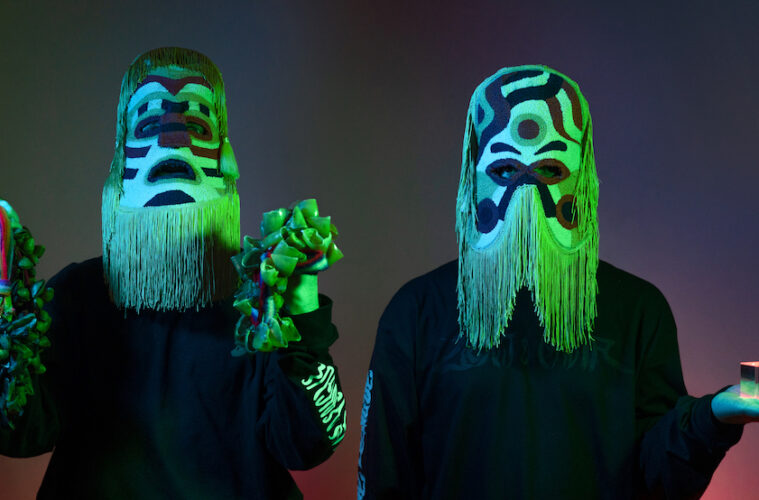 The history of Afro Peruvian sounds and rhythms fusing with electronic music goes a long way back in time. One of its earliest examples is the 1985’s track “Brian Meno” where Miki Gonzales fused electronic pop with festejo rhythms. Ever since, there have been separated experiments trying to fuse both of these musical worlds, all the way from Kollantes’ Aphex Twin-inspired music, to La Fabri-k’s Pitbull-meets-Mexican tribal attempt.

However, in the past years we’ve seen a greater volume of work coming from Peruvian Electronic music producers that are inspired by Afro Peruvian sounds and influences. As a result, there appears to be a stronger sense coming together around these musical fusions.

Here is a list of 5 of these artists whom we think you should get to know to dive into this type of music.

Novalima have been one of the most recognizable ambassadors of Peruvian electronic music overseas ever since the release of their debut album Afro in 2006. One of their many highlights is that since the start of their career they have worked closely with musicians coming from Afro Peruvian communities making sure they are approaching the combination of both types of music in a respectful way. With 20 years of experience, their music is still as on point as it was on day 1. Their latest remix album Ch’usay Remixes brings the feel-good vibes of the original album closer to house dance floors thanks to collaborations with Vitu Valera, Captain Planet, Nickodemus and more. Here is one of our favorites, a take on “El Regalo” by Emmaculate.

Dengue Dengue Dengue are the other big ambassadors of Peruvian electronic music. After being labeled for many years as a digital cumbia act, they have spent the last years moving in very different directions. They recently teamed up with members of the Ballumbrosio family, an important zapateo dancing crew from Chincha, to create a live show where obscure and emotional broken beat techno fuses with the sounds and textures of quijadas, floor stomps and all kinds of Afro Peruvian polyrhythms. “Agni” is a track that catches that vibe perfectly.

Tribilin Sound System is one of the most important unsung heroes of Peru’s Latin Alternative Electronic scene – one of the scene’s Dj’s of Dj’s. Over the past years he has been releasing all kinds of music, from must-have cumbia remixes, deep house experiments and even a project that pays homage to the late Arturo Zambo Cabrera, an important Afro Peruvian musician. This vast repertoire includes some of the tracks that have helped to define the current sound coming from many producers working with Afro Peruvian sounds and influences, such as his song “Negroide” featured in the “Peru Boom” compilation.

Vudufa is the side project of Pounda & Nomodico, a duo that has been part of Lima’s hip hop scene for many years. In this project they give themselves the freedom to explore all kinds of electronic music as long as it is infused with Afro Peruvian rhythms and textures. In their debut album Congorito they grab references from global electronic artists such as Nicola Cruz, Dengue Dengue Dengue and even Munchi and take them to different types of electronic music experiments that always carry the prominent boom and bap and funky groove of their hip hop DNA.

Selvagia is Erick Del Águila’s IDM approach to electronic music that is inspired by Afro Peruvian influences, a side project from his career as a score writer for movies at Warner Bros and more. These are fast-paced tracks, with super broken rhythms and all kinds of pitched clips of drums, horns,  and voices that make Afro Peruvian sounds almost feel like Indian melodies. Although just from the get-go this music should feel freaky, it is surprisingly easy to listen to and get through each track – maybe it is because of Erick’s Hi Fi production skills that make each drum beat and sound clip feel really warm.