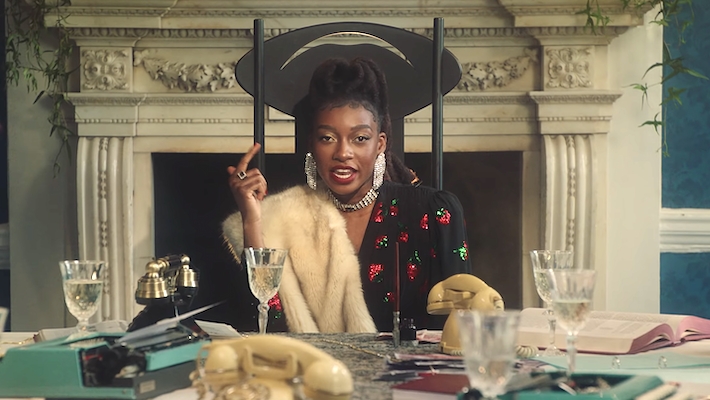 New Global Singles You Have to Listen to Right Now

Music never stops! And nothing stops us to catch a special song that delights our ears. Every week, at Tigre Sounds, we choose new releases that amaze us and trap us in their magic bubbles. Of course, we immediately feel the need to talk about it and share it, so these are the five singles we can’t stop listening to:

It’s no secret: Simbiatu Abisola Abiola Ajikawo, better known as Little Simz, is one of the biggest hip hop appearances of our time.  And there’s no need to refer to her collaboration with Gorillaz or the high praise that Kendrick Lamar, Andre 3000 or Lauryn Hill have given her. This British rapper – daughter of Nigerian immigrants – confirms her enormous talent at every turn. “Woman” is the advance single from her forthcoming album Sometimes I Might Be Introvert. Of course, this beautiful ode to the African woman wouldn’t be what it is without the magical melodic voice of Cleo Sol (the fascinating new lady of soul, another miracle from the UK).

Rodrigo needs no introduction. That’s what all his incredible projects are for (Los Hermanos, Orquesta Imperial, Little Joy). Or easier: everybody has heard “Tuyo” (his theme tune to the Netflix series Narcos). However, if you listened to Amarante’s debut album, Cavalo (2014), you will surely celebrate this advance single from his long-awaited next record, Drama. This song – described as “an upbeat, seemingly happy song with less jolly aspects hidden beneath the surface” – is based on a Spanish proverb: the tide will fetch what the ebb brings. “Things that arrive in your hand by destiny, they are just as easily swept away,” explains its author.

We’re still fascinated by the idea, even before we heard it: Flying Lotus took over the soundtrack of an anime that reimagines the mythical story of the first non-Japanese and first Black samurai. And if one of those tracks includes Thundercat as a star guest, the invitation becomes irresistible. It should be noted that the chemistry between them isn’t new and has already been tested. This is a renewal of a successful formula that combines high-flying musical production and a collaboration with one of the best bassists of our time. Take a seat and let yourself go.

We’ve had Mateo Arias on our radar since 2017, when he surprised us with his debut single “Uno Dos”: a perfect mix of bossa nova and hip hop, possessed by his honeyed and remarkable voice, plus Jayden Smith’s precise rap input. This brand new single by the Colombian-American singer totally rekindles his musical magnetism. For this occasion, he puts aside his Latin roots to definitively consolidate his great potential in electronic R&B. “What’s On Ur Mind” has everything a modern love ballad should have: a lot of heart and deep beats.

That velvety voice, sometimes whispered like a spring breeze, seems like a spell to our ears. And it isn’t from someone renowned: Eva de Marce is a French singer who we don’t know much about beyond her work with YoSoyMatt (the electro-Latin project of Mexican producer Roberto Matthews). Her brand new single “Rúmbala” is about to come out, but first we dive into this recent collaboration with Jiony (another Mexican producer). A dreamy lounge-electro-bolero that warm us with its sonic mantle: slow pulse, meandering arrangements and subtle waves of maracas. And that voice, of course.