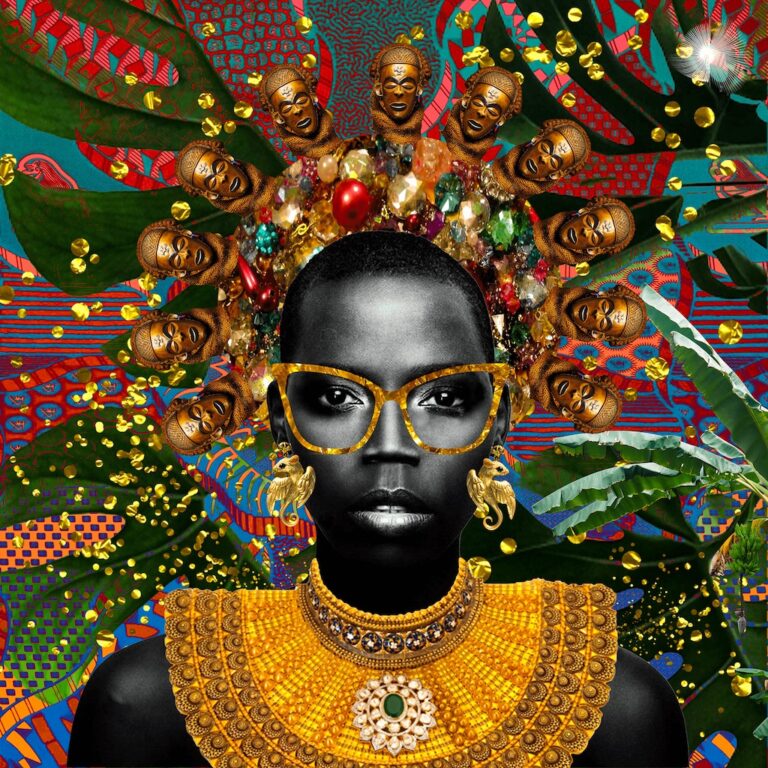 5 Female Collage Artists You Should Know About

For many years collage art has been used to create some of the most iconic albums of our times. Within this long list of covers we can find amazing pieces such as the artwork for The Beatles’ Sgt. Pepper’s Lonely Heart Club Band, The Rolling Stones’ Exile on Main Street or even Michael Jackson’s Michael.

The digitalization of the world and the expansion of remix culture that came with it has made collage one of the most popular and creative techniques used nowadays to create the visual element of new album releases. Within this universe of artwork, there is a group of female from different corners of the world that are using visual sampling as a starting point to create amazing art that makes us experience all of the fusions happening in new global music through our eyes.

Imagine that you go to an antique shop and you buy all of the National Geographic magazines from the 70’s, then you go back to your house and cut them up to create images for Latinx futuristic music. That is exactly what Anne’s art is about. She is a radio host and DJ from Germany’s Cosmo BDR that has found in collages a new way to express her musicality. In just a couple of months, her already signature style has become a favorite of artists such as G-Flux, Normandie Records, Boogat, Kumbale Records and Don Couto.

Anyone slightly interested in collages, music and African themes probably already knows about Victoria Topping. Her unique vibrant style, full of red colors and intense purple, blue and black contrasts has been the visual element of albums for renowned artists such as Dengue Dengue Dengue!, Sly5thave, Sun Ra!, On The Corner Records, Worldwide FM, and London Afrobeat Collective. She has a unique way of combining images and themes like synthesizers, trumpets, African rituals and much more into the same canvas in such a seamless way.

Contrary to what you feel when in contact with Anne’s and Victoria’s work, Salma Cherni’s collage technique is more focused on surrealism than musical futurism. Because of this, in many cases the contrast of images feels much more aggressive and at some times borderline violent. However, on the cover work she does for Bosom Records Cherni works within an Afro-Surrealistic aesthetic that feels in the same tune as the explosion of colors and images that you can feel from Victoria Topping.

Adra Kandil’s work is also anchored around Surrealism, which she uses to express her constant struggle to reconcile her love for Beirut with the hardships of a city in constant state of crisis. Visually, her style stands out and catches the eye by contrasting white and black pictures from newspaper cut outs (many of theme coming from the 50’s and 60’s lifestyle sections), with bright pink and purple pastel colors. All of this creates a really interesting style that mixes a certain vapor-wave feeling with post-war American Dream ads.

Following the same surreal and retro vibe, full of pastel tones and vintage cutouts, we can find the Spanish Adriana Bermúdez. Her most recent creations are characterized by putting in the center of the image a black and white character from almost 100 years ago and creating a whole world of fantasy around it. Thus, she is able to transmit a visual feeling that could well be used to illustrate the adventures of Alice in Wonderland and to contrast modern internet mashup culture with pop culture from a time before rock and roll was invented.