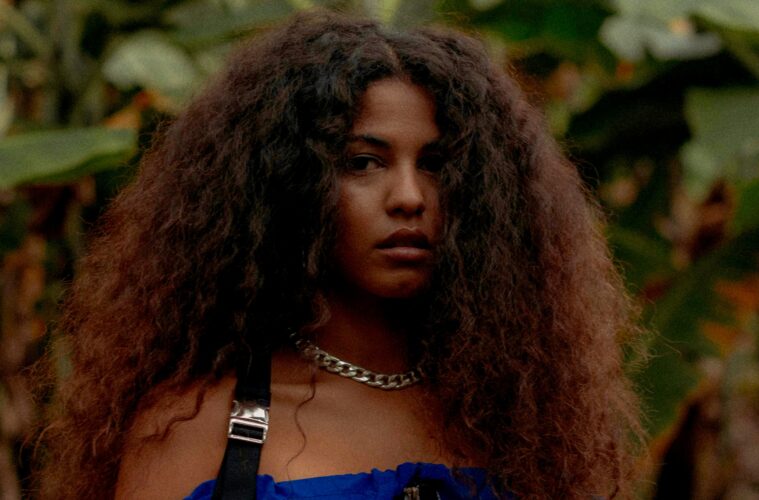 Memories from the Dominican Republic and Puerto Rico, love letters from Spain, female voices and sisterhood from Cuba to Brazil, from Chile to Mexico and Colombia… The songs that move us these days come from many places and seem to have endless destinations. A world made of stories, rhythms and sounds.

The summery airs seem to intensify under the dancehall pulse of this song. It’s about quenching your thirst, of course, with that irresistible musical cocktail prepared by Yaite Ramos, aka La Dame Blanche. The verses in Spanish move like slow waves, floating around the ​​beautiful and enchanting melodies in Portuguese delivered by the guest singer: Amanda Magalhães. Together they recreate the unique sensations of an empowered woman waiting at home.

Born and raised in Pinar del Río, the westernmost province of Cuba, Yaite had already captivated us with songs like “La Maltratada” or “La Condenada”, from last year’s album Ella, which reflected her passion for hip hop and Afro-Caribbean rhythms, as well as her great talent as a performer (singing or playing flute or percussion). Her brand new single “Mata Sede” shows that she has much more to surprise us. Guitars with long echoes, minimal beats, and a sea of enveloping voices: almost impossible to resist and drink it again.

“Yendry is the limitless pop star of tomorrow.” We’re still delighted to read that specialized music media such as Pitchfork present the Dominican-Italian singer like this. It’s an interview in which she tells her story, published just a few days ago, almost simultaneously with her new video “Ya”. We’re also fascinated by seeing her dance alone in the mountains near the Cauca River, or in the Plaza de Cisneros, like a living sculpture of the landscape of Medellín, Colombia.

This song condenses all of Yendry’s magic: from the ghostly and sophisticated beats she ingested in Europe – from Björk to James Blake – to the singing and lyrical power she inherited from her Latin roots – from romantic bachatas to infectious reggaeton. “Ya” is also reliable proof that her great musical game is based on deconstruction and cultural mixing. Yendry burst like a Caribbean breeze onto the middle of Europe, a rising artist who today doesn’t want to tie herself to anything and is increasingly preparing to be a world revelation.

We already suspected that the new material by Camila Moreno could rejoin the universes of electronic music and folklore. But we definitely weren’t expecting to come across a song like “Déjame”, with a 7-octave rhythmic beat and a beautiful charango that resonates from the very beginning. Much less did we expect it to be the union of three key female voices in the Latin pop scene: Ximena Sariñana and Lido Pimienta are here shining together with Camila.

“Déjame” speaks of a breakup, the urge to escape, but also the attempt to recover and try to do things better. About her guests, Camila said: “With Ximena and Lido the song expanded and grew even more. The idea was to reach a direct and transversal structure and it’s achieved thanks to their talent for pop.” This is a new anthem for today’s Latin American women, which started in Chile and added voices in Mexico (Ximena) and Canada (Lido). It leaves us humming and thinking with its final verse: “As soon as I say ‘it’s real,’ it dissipates.”

It’s always a pleasure to hear from this Los Angeles-based indie pop soul combo. After two celebrated EPs and some covers (they made Britney’s “Baby One More Time” really cool again), the band led by singer María Zardoya and producer Josh Conway is releasing their debut album: Cinema. “Hush” was the first single, and now they bring us “Un Millón”, so as not to lose their habit to sing in both English and Spanish.

“This song was inspired by my home, Puerto Rico,” the singer clarifies about “Un Millón”, as a pop jewel found on the seashore. The Marías focuses on the songs, but produces them as if they were soundtracks, to the point of transforming the daily life into a romantic movie. In this action many things happen: from Sade to Tame Impala, from the exquisite jazz arrangements to the pleasant lounge atmospheres, passing through the aesthetic vision of Pedro Almodóvar. Music that envelops like silk and becomes simply irresistible.

Summer can’t start without a new Kinky Bwoy song. From the lands of Valencia, Spain, this artist has the perfect formula to combine the pulse of reggae, the ease of hip hop, and the punches of flamenco. It’s not something new, of course, at least for those who already know him. Kinky – who was born as Vicente Xiner, in a gypsy family – has been active for more than a decade (his first mixtape dates from 2008, and his debut album, Sé Lo Que Soy, came out in 2011).

“313” is the newest and fourth promo single from his album Mestizo, and it’s above all a love song. Just read what he posted when announcing it: “A very important song for me, since it is the story of the love of life.” The brasses offer a warm and welcoming feeling from the start, while the reggae cadence walks us at its mercy. There is some rap, of course, and a chorus that opens with pure romance: “When I’m not near you, everything costs me, nothing comes out./ A love like that, darling, in my chest doesn’t fit me, it doesn’t fit me.”