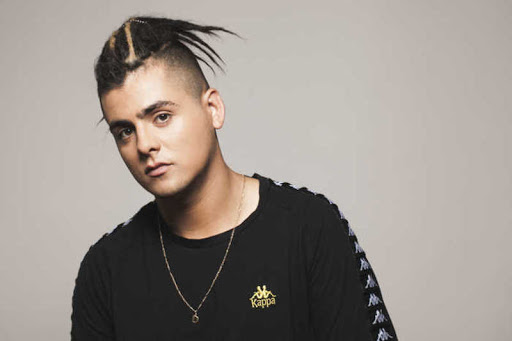 Trap has become a platform for many artists to take off from. The phenomenon is indeed global, but in Latin America it opened other possibilities: it placed a natural crossover with the reggaeton scene – which was already a commercial success – and it also allowed some rappers to find the best way to access a larger audience. That was precisely the case of DrefQuila: in 2015 he jumped on the trap wave, and immediately realized that this was his thing.

Claudio Montaño is the name behind DrefQuila, a young talent of just 23 years old, originally from the Coquimbo region, in the mythical Valle de Elqui, in central Chile. Almost everyone found out about him in 2018, when he became the first Chilean trapper to sign with Warner Music. That contract came to him at the right time, just when he was shaking up the streaming platforms with the singles “A Fuego”, “Ella Busca” and “Olvida el Miedo”. By then, he had already recorded five albums and an EP (he started very young, just entering his teens).

Everything was ready for the major release of his album Aqua. That exciting 2018 was going to close with a great event: the meeting between DrefQuila and Duki, the greatest exponents of trap from Argentina and Chile, in a song that continues to add millions of impressions (“Sin Culpa”). Shortly before, he had achieved another great collaboration with his fellow countryman Ceaese (“Dámelo”). The constant rise of DrefQuila is the confirmation of a local scene that hasn’t stopped evolving during these last 5 years, with a generation of trappers born around 2000 (Pablo Chill-E, Polimá Westcoast and Harry Nach).

What’s the story of his name? Let’s go back to his stage debut, in 2013, at “Batalla de los Gallos” (Red Bull’s freestyle battles series): “I liked how ‘Dref’ sounded, and I added ‘Killa’, like a killer. For battles, it made sense because you have to defeat the other person. But then my attention shifted to songwriting, so I changed it to ‘Quila.’” Later he learned that “Quila” means three points in Mapudungún – the language of Mapuches, the indigenous population that still lives around the country. “I relate it to body, soul and mind, which makes a lot more sense,” he said.

Much has been said about DrefQuila’s origins in rap battles, but the truth is that he was determined to write songs while still being a child. His venture into freestyle – between 2013 and 2017 – was mainly a learning experience, motivated by the possibility of creating lyrics on the fly. A lot had to do with his older cousins, who dazzled that 12-year-old boy and encouraged him to start improvising with rap. Another key influence was Movimiento Original, a Chilean hip hop and reggae group from the mid-2000s: from them he got that fascination for combining melodies and flow – which he ended up getting more out of when he turned to trap.

The singles “Tu Droga” and “Nos Vamos” catapulted him onto the scene even further in 2019. Then, by August of that year, he released “Me Entiendes”, the first single off of his next album. Released in April 2020, Kun expanded DrefQuila’s lyrical game, between the rough and the romantic, this time with a gold lineup of features (Tommy Boysen, Melymel, Marlon Breezy and Polimá Westcoast).

2021 finds DrefQuila taking another big step with Aunque Estén Todos Mirando. Conceived during the confinement period, this EP features six new songs colored by infectious beats and warm instruments (guitar, bass, percussion and trumpets). It also includes some guests that seem to elevate and improve every situation (LATENIGHTJIGGY, Bhavi, Killua97 & C-Funk). “It’s one of my favorite projects, the one that took me out of my comfort zone,” he posted on Instagram.