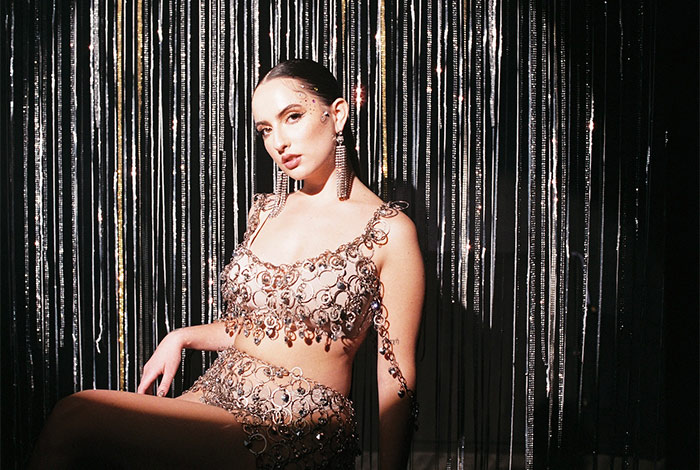 It’s no secret: urban music – especially trap – settled in the heart of Chilean youth. Names like DrefQuila, Princesa Alba, Gianluca, Polimá Westcoast, Harry Nach, and Pablo Chill-E dominate the country’s hottest playlists. This is already part of popular culture, and it’s also a generational movement: all these artists are between 21 and 24 years old, no more, no less.

Another distinction is that they all started when they were very young, just beginning adolescence. Such is the case of Pablo Chill-E, who at the age of 15 was already recording his first mixtapes. Currently, he usually faces problems with the authorities and aims beyond the clichés with his lyrics (he deals with issues such as political corruption and social injustice). Another who started early in the trap scene was Polimá Westcoast, the son of an Angolan who came to South America to escape the war. He has two albums to date and shares a duet with another rising trapper like Young Cister.

Of course, there are some exceptions, such as Ceaese, who at thirty-something does not hesitate to proclaim himself as “the daddy of trap”. Ceaese understood the high impact of this musical breakthrough and declared: “Urban music is the pop of today.” It is known that trap is a result of global expansion, something that immediately caught on in Latin America, thanks to artists like Bad Bunny and J Balvin. However, each place has its history and its peculiarities.

To talk about the new Chilean music scene, we first have to understand the social and cultural changes that took place in the southernmost country on the continent. Through that, then, we’ll be able to appreciate the chemical union between folklore and rock, the adaptation of the protest song to hip hop or the rise of urban music. There’s a vast musical legacy that spans different stages: the New Chilean Song in the 60s – with Víctor Jara and Violeta Parra at the helm –, the “Canto Nuevo” movement in the mid-70s, the new wave of Los Prisioneros in the 80s, and the international projection via MTV of Los Tres and La Ley in the 90s.

In the second half of the 90s – long before trap took over the street culture – hip hop expanded and had its peak in Chile. It was the moment when DJs and beatmakers appeared, freestyle events spread, and bands such as Tiro de Gracia, Los Tetas, and Makiza became known.

The Chilean pop scene also had a boiling moment in the second half of the 2000s, thanks to a talented legion of singer-songwriters like Javiera Mena, Gepe, Francisca Valenzuela, Pedropiedra, and Fernando Milagros. Mon Laferte is also part of that generation, although she reinvented herself and made a career in Mexico. Something similar happens with Ana Tijoux: the Chilean-French activist and feminist rapper was actually forged in the hip hop scene (she was a member of Makiza) and has always sought to look beyond the region. This isn’t a retreating brood of artists. In fact, all of them are still in the running with recent albums.

Just a few years before, in the early 2000s, some bands were already demonstrating – with a bigger or lesser approach to rock, more or less elusive to success – that the thing was serious. We’re talking mostly about Teleradio Donoso (after releasing two albums, they disbanded and their singer Alex Anwandter began a fruitful solo career) and Los Bunkers (they started as a revival beat of the 1960s and went on to become great songwriters; towards the end of their career they moved to Mexico, where they were quite popular).

The underground division was also shaken during those years by artists like Perrosky, a two-brother band that plays retro blues and rock’n’roll. By the end of that decade, the indie scene had become a sensational hotbed of colorful bands like Dënver and Astro, and new female voices like Camila Moreno and Rubio (aka Fran Straube).

The folkloric convention also had its updating from a new trova: Chinoy (an emotional punk with great poetics), Nano Stern (a songwriter who reflects on his society), Pascuala Ilabaca (the tribute to her roots made her the natural heir to Violeta Parra), and Manuel García (the oldest, with nicknames like “the Commander of Folk” and “the modern Víctor Jara”).

Now, what’s new on the Chilean music scene? Who are the expected successors? Definitely, much of the spotlight has been taken by the young trap artists mentioned at the beginning. However, from time to time, an indie rock band like Adelaida still appears, to drag us along in its tide of electricity and rebellious gestures. Or some inspired singer-songwriter like Catalina Navarro, to rediscover the tunes that can be hummed.

Shirel is the new voice of urban music. Her first singles show a careful balance between gifted singing and modern rhythms – a quality that suggests certain worship for Rosalía. In turn, this distinguishes her somewhat from Princesa Alba – alias of Trinidad Riveros, the great female trap artist, who had an affair with Gianluca and lately released more pop-oriented songs.

Shirel was born in Peru but grew up in Chile. “Duele”, her fourth and most recent single, has the simplicity and passion of a black and white film: just a few guitar strums are enough for the singer to develop her vocal range. There are also dark and minimalist beats, of course, to give the perfect atmospheres to songs like “Dímelo” and “Sola”, and for her to display her melodies and dilemmas (“Everything breaks easily if it’s made of plastic,” she sings as a metaphor for short-lived love and friendship). Nothing at all is accidental: the production is in charge of Cristián Heyne, recognized for his work with Javiera Mena, Gepe and Pedropiedra.