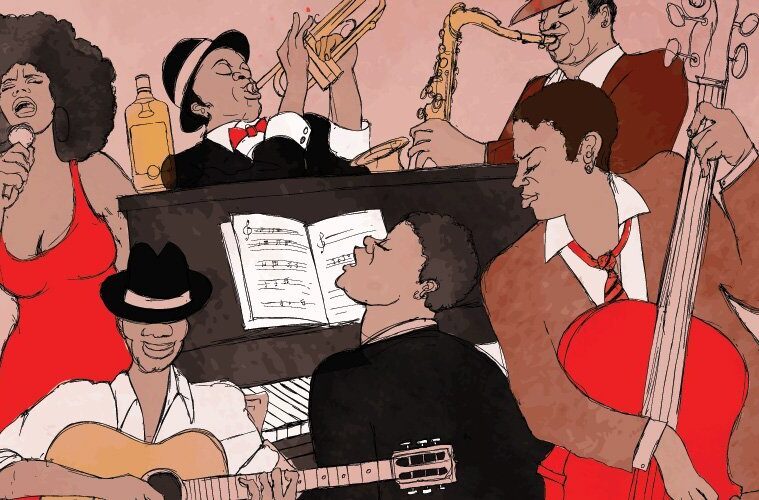 The Origins of Latin Music: History 101

In a world where we’re constantly seeking to put a label on everything, somewhere down the line we got lost along the way. The “Latin Music” label stamped on all music made in Latin America is a prime example. As the first segment in this multi-part quarterly series, we deconstruct what “Latin Music” really is and why lumping so many diverse genres under this label isn’t serving anyone.

Latin music (Portuguese and Spanish: música latina) is a term used by the music industry as a catch-all term for music that comes from Spanish- and Portuguese-speaking areas of the world, namely Ibero-America and the Iberian Peninsula, as well as music sung in either language.

This broad definition – that we are all too familiar with – is why most of us are blissfully ignorant to the depths and diversity of the musical stylings coming from this majestic region of the world. But how can it be that so many diverse genres from such a huge region have all been lumped together under this one umbrella genre? Are we really so naïve as to group everything with Spanish and Portuguese vocals into one genre just because we might not speak these languages?

Latin America – stretching from Mexico down to Chile’s southernmost tip – is home to an abundance of distinct landscapes, cultures, languages and people, making it one of the most musically diverse regions of the world and the source of some of the most celebrated musical treasures in human history. Yet few of us have been exposed to these musical treasures because of the way that Latin music has been presented and filtered to North American audiences.

The reality is that the majority of the Latin American music that has made its way to the US only represents a small fragment of what has actually been created in the region and grouping it together under one catch-all genre has resulted in a default stigma that lacks so much context. To this day, if you go to a record store or search for music online, you will see that music from any Latin American country is stamped with the “Latin Music” label, making it difficult to actually navigate through the true range of Latin American musical genres that exist. So, where does one start? 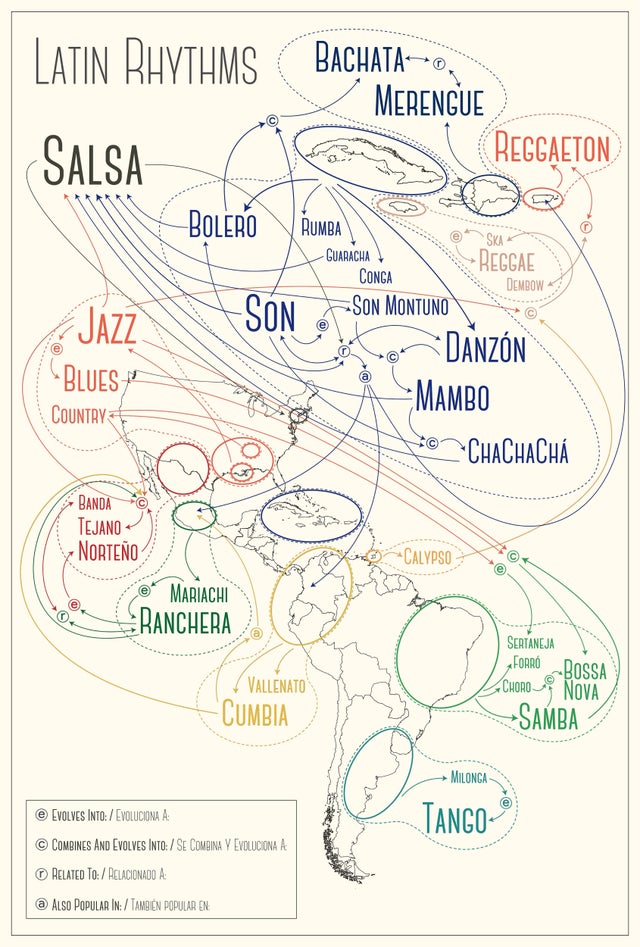 But to understand how the many genres of Latin American music evolved, we must go back to where it all began and understand the historical context.

Rewind almost 600 years to the 15th century. Up until this point, the indigenous peoples had their own musical styles using their own hand-crafted percussion and wood-wind instruments, which played a very important role in their cultures. Three of the most well-known ancient civilizations serve as great examples – the Mayan, Aztec, and Inca civilizations. Music was not only widely used in ceremonies, but for leisure, passing on traditions, and facilitating emotional connection with the cycles of life.

However, because recording music was not made possible until the late 19th century, understanding the musical styles these civilizations created is largely limited to the surviving musical instruments and native manuscripts that have been retained. Never the less, it’s important to understand how these surviving instruments and traditions laid the foundation for all of the many faucets of Latin American music that exist today.

Then comes 1492, a year that holds immense significance in world history, for this was the year when a certain fellow whose name we have all heard – aka Christopher Columbus – discovered this “New World” that is now known as Latin America. Between 1492-1821, European settlers dominated the region, overthrowing ancient civilizations and wreaking havoc on indigenous communities, forcefully exerting their dominance over existing cultures and ways of life. But perhaps one of the silver-linings of this otherwise harrowing time was the new music that the European settlers brought with them, which opened up an entirely new world of possibilities for musical styles in the region.

The influence that Europeans had on Latin musical genres can be broken down into three primary areas – Spanish and Portuguese languages, European and Arabic musical styles, and European musical instruments – which have all unequivocally defined each Latin American musical genre to emerge since this time. Although these influences were initially intended to further propagate popular European music of the time, they actually became the ideal tools for local inhabitants to use and mix with pre-existing indigenous instruments and sounds, paving the way for a multitude of different musical genres to emerge and develop.

By the mid 17th century, trade agreements between the “Old World” and the “New World” developed in order to exploit the vast natural resources in the region, and in turn required immense human labor to harvest these resources. This marked the beginning of the Atlantic slave trade whereby millions of enslaved people were transported from Africa to Latin America. Despite marking one of the darkest periods in human history in terms of human rights, without the arrival of the African peoples in Latin America, it’s impossible to imagine what the various Latin musical genres would sound like. The rich musical traditions and bold rhythms of Africa had without question the most profound impact on the evolution of the majority of Latin American musical genres. Respect.

Flash forward to the late 19th century, when technological advancements made sound recordings and playback possible for the first time with Thomas Edison’s invention of the Phonograph (otherwise known as the Gramophone) in 1877. Because there was no way to share music up until this point, the musical styles that developed in each region were highly distinct. And even still, the frequencies and volumes of sounds that could be recorded were greatly limited, forcing musicians to adapt to these sonic limitations and influenced the styles of music that could be recorded.

Louder instruments such as drums and horns were favored over lighter sounding instruments such as woodwinds. Technological advancements throughout time – electric equipment, loudspeakers, various methods of broadcasting and recording music between 1925-1945; tape recordings between 1945-1975; and later digital recordings from 1975 to the present day – enormously influenced the performance styles of singers and musicians because of the improved technology’s ability to capture and record higher ranges of frequencies of human voices and instruments.

As we introduce you to  music from different decades in the last century, you will hear a drastic change not only in the quality of the recordings, but of the types of instruments used, musical styles, and singing preferences. So, following the trail of recorded music is where our journey into the depths of Latin American musical genres really begins.

So, without further ado, it’s our absolute pleasure to be your guide on this journey through the magical world of the various genres of Latin American music. Each quarter, region by region we will dive into the depths of the various musical genres that have emerged over the course of time, exploring their historical origins, most influential artists, and where they have landed today, empowering you to be a blissfully knowledgeable connoisseur of music from this region.

With the help of long-time crate diggers and vintage music experts, Pabels and DJ Le Spam, we have compiled five releases that will dazzle your ear buds and give you a preview of some of the enchanting musical treasures that await: “these selections represent some of the most important artists in Latin American music, because they envisioned Latin music as distinct threads knit together to create a beautiful tapestry of music.”

This song is widely considered to be the most famous piece of music created by a Cuban musician. Its success led to a ‘rumba craze’ in the US and Europe which lasted through the 1940s.

One of the most famous boleros and one of the most sung and recorded Mexican songs of all time throughout the world. It gained international acclaim and has been covered numerous times over the last century by the likes of João Gilberto and The Beatles.

Born to Puerto Rican immigrants and raised in New York’s Spanish Harlem, Puente’s album Dance Mania established him as “The King of the Timbales and Salseros”. The album is largely responsible for bringing Afro-Cuban and Caribbean sounds like mambo, son, and cha-cha-chá to mainstream audiences.

This album not only represents a milestone in Ben’s career but introduced a new musical style to the world. Fusing funky electric guitar with Afro-Brazilian rhythms, África Brasil quickly became one of the most important Brazilian albums in history.

With a career spanning half a century, this album combines songs and styles from various eras of Rada’s career. On this album Rada combines his candombe roots with pop, rock, and other styles successfully bringing Uruguayan sounds to the mainstream, captivating an international audience including Paul McCartney.