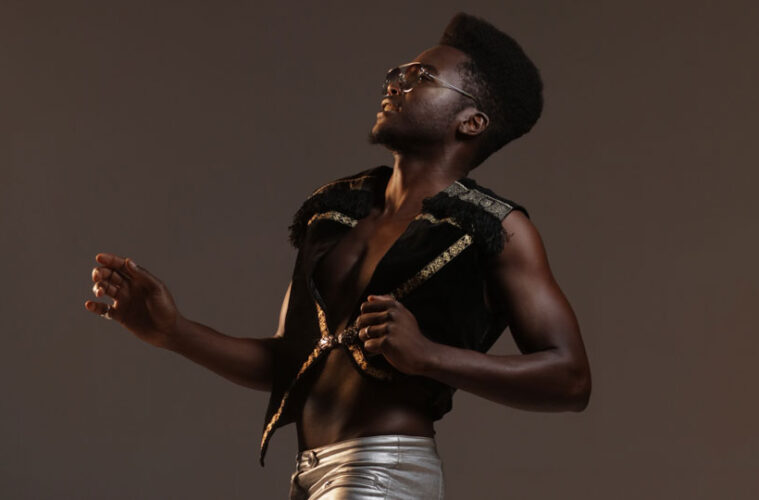 Why this James Brown of Cuba is One of Our Favorite Live Acts To Catch: Meet Cimafunk

For centuries, in Latin America, every rebel or fugitive slave who led a life of freedom in remote corners was called “cimarrón”. That’s certainly a strong reference for a linguistic blend. Of course, it’s also – and above all – a musical blend. “Afro-Cuban funk,” defines Erik Rodriguez, the name behind Cimafunk. “On the one hand, ‘cima’ comes from the black slaves who escaped from the haciendas. In Cuba, there were several settlements of cimarrones, and I feel much identified with all that culture. On the other hand, there’s the word ‘funk’ that everyone knows: pure joy alive,” he said in a video posted on his socials.

It all started in 2017 when Erik and a band called Los Boys merged to become Cimafunk, a name that the singer had already been using on stage and which was the perfect fit to release his debut solo album: Terapia. This tropicalized funk was definitely the best therapy to shake and lift our spirits. Cimafunk proposes a mix so coincidentally magical that it seems to come from time immemorial, a fusion as matched and consistent as the chemistry that exists between funk and tumbao (the basic Cuban rhythm played on the bass or the piano).

Cimafunk is electric. He radiates groove in his wake. He embodies a unique blend of funk and salsa, R&B and Afro-Caribbean rhythms. His musical sources project an unbeatable fantasy, like experiencing a tremendous and orgasmic jam between Funkadelic and Irakere, or between the Ohio Players and Los Van Van.

Cimafunk has even been nicknamed “the Cuban James Brown,” although he doesn’t take it seriously. Of course, he recognizes the influence of Mr. Dynamite and other heavyweights of soul (Marvin Gaye, Otis Redding, and Bill Withers). But it wouldn’t be fair not to see his extensive training in the traditional music of Cuba: Benny Moré, Bola de Nieve, Rolando Laserie, and Juana Bacallao, among other legends.

“Me Voy”, the first single and opening song from Terapia, reveals another key rhythm in Cimafunk’s musical research: Afrobeat. “Fela Kuti also influenced me a lot: the whole Afrobeat movement, with its tribal feeling, with songs that last 10 or 20 minutes in a constant groove,” explains this great talent from Pinar del Rio, the western part of Cuba, famous land of tobacco.

Cimafunk’s songbook invites you to dance immediately, sure, but it also paints his life story in Cuba. “Cuba encompasses all my music. All the lyrics, all the rhythms… It all has to do with having grown up there, with the things I experienced in my life,” he tells.

It’s worth clarifying that Erik didn’t come out of anywhere. He’s been part of bands such as Hoyo Colorao, Interactivo and Los Boys, and has done backing vocals for David Torrens, Liuva María Hevia and Raúl Paz. He loves doing all kinds of covers, and he has also had several collaborations, from Omara Portuondo and Chucho Valdés to Leoni Torres and Diana Fuentes. Cimafunk’s performances are pure combustion, even if it’s on a small stage like the one at Tiny Desk Concert, where he was invited to play early last year.