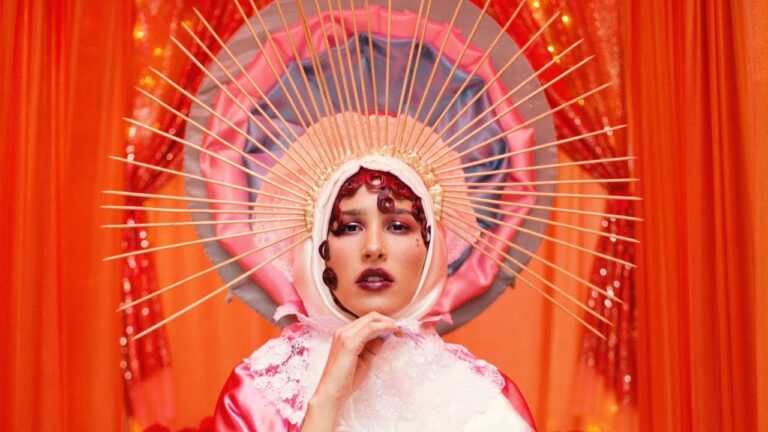 Pop melodies, indie vibes, folk instruments and electronic beats: these women can combine different musical resources without losing their artistic identity. They know how to feed off the past while still sounding fresh and singing for their generation. They are female artists with total awareness of what that means in today’s world. They are from different places in Latin America: Mexico, Argentina, Colombia and Chile.

Here at Tigre Sounds we celebrate their inspirational songwriting, their independent spirit and their female empowerment.

A girl like Zoe Gotusso has almost no doubts: her passion and obsession are songs. She could live forever in the songwriting process. Not long ago Zoe was half of Salvapantallas, a fast-rising duo that urged her to move from her native Córdoba to Buenos Aires, in Argentina.

Zoe always admired the Uruguayan singer-songwriter Jorge Drexler. That’s why she ended up working with one of his collaborators, the producer Juan Campodónico. And that’s why she agreed to travel to Montevideo to record in Juan’s studio with a dream team of local musicians. The folkloric rhythms of the area – such as candombe and bossa – coexist with electronic beats without ever altering the primarily acoustic atmosphere of Zoe’s songs, as a perfect balance between melancholy and joy.

Probably nothing has been the same for Elsa Carvajal since she won the Latin category at the 2014 John Lennon Songwriting Contest. Shortly before, at the end of 2013, she had released her debut EP Sentirnos Bien. Everything was moving forward and in the blink of an eye she was already playing festivals in Colombia and Mexico.

By 2017, so many trips and changes of place of residence ended up piling up significant personal experiences: it was only then that the Colombian artist began to write the songs for Eres Diamante, a stronger and more mature album that was released in 2019 and earned her a Latin GRAMMY Award nomination for “Best New Artist”. It’s undoubtedly her most accomplished work to date: a range of songs that condenses and displays everything she has to offer, from the nostalgic and nocturnal folk of “Ojos Noche” to the catchy reggaeton pulse of “Culpa, Tengo”.

It would be fair to start by saying that Tessa Ía is better known as an actress than a singer-songwriter. It’s her legacy: she’s the daughter, granddaughter and sister of actresses. You may have seen her star in the acclaimed film Después de Lucía (After Lucía) and the hit series “Desenfrenadas” (Unstoppable). She also appeared on “Narcos: Mexico”. And she played a young Rosario Castellanos – a Mexican feminist writer and poet – in the biopic The Eternal Feminine.

But it’s also fair to say that Tessa has been writing songs since she was 13. And she never stopped. Her musical career began in 2016 collaborating with Los Angeles Azules, and then releasing her single “Búfalo”, as a preview of her debut album Correspondencia, released that same year. This record holds 10 indie pop gems – such as “Acicálame” and “Ultravioleta” – with vintage sparkles and poetic-tinged lyrics. Her next songbook was divided into two EPs: Breve Vol. I (2019) and Breve Vol. 2 (2020).

Carla Morrison’s career is far from any prediction: her debut album Déjenme Llorar was certified platinum, got a nomination at the GRAMMYs and garnered two Latin GRAMMYs. Originally from Tecate, Mexico, Carla managed to fascinate the public and the media on her own merit. She didn’t need more than her beautiful soprano voice and a handful of heartfelt songs. So it didn’t take long for her to be considered one of the most promising artists of the local scene.

In the middle of two new EPs – Jugando en Serio (2013) and the free download La Niña del Tambor (2016) – she released her second album Amor Supremo (2015), which brought her several compliments (fabulous reviews on sites like Pitchfork and another Latin GRAMMY for the song “Vez Primera”). She’s collaborated with Kinky, Enrique Bunbury, Los Angeles Azules, Ricky Martin and Macklemore & Ryan Lewis. She was even sampled by Nicky Jam. And we’ll surely hear more news from her soon.

Camila Moreno was a big sensation in 2009: she had just released her debut album Almismotiempo and got a Latin GRAMMY nomination (Best Alternative Song for “Millones”). She definitely embodied the new voice of Chilean indie folk. Many even encouraged her to continue the legacy of the influential folklorist Violeta Parra. And the truth is that Camila has everything to carry that crown: emotional singing, powerful lyrics and multi-instrumental capacity.

However, a talent like Camila’s cannot be limited to the obvious plan. For her second album, Panal (2012), she turned to a more rock sound and began to subtly explore textures and electronic beats. Her third album, Mala Madre (2015), shook the internet with a speedy amount of downloads and blessed her at the 2016 Pulsar Awards (Best Pop Artist, Song of the Year and Album of the Year). Her last big project came out in 2019: Pangea included a double album and a documentary film. Towards the end of that year, during the social crisis in Chile, she performed in several improvised concerts in support of popular and peaceful protests.