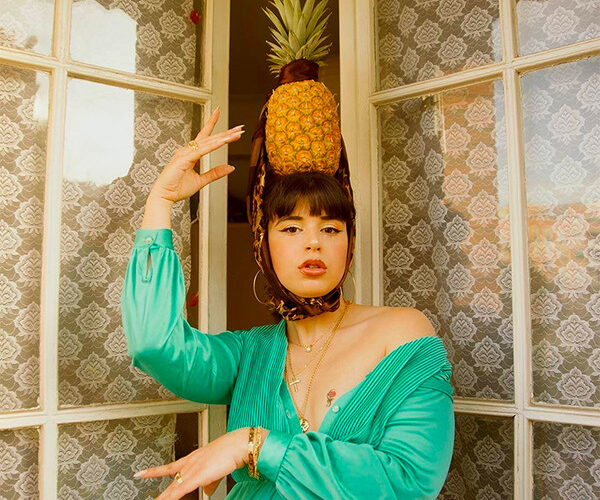 Argentina, the beautiful land of churrasco, las pampas, and Patagonia, is also home to one of the biggest music scenes in Latin America. And it goes far beyond rock and radio pop. The Argentine music of today is dominated by women who are captivating audiences with their unique takes on modern music.

From folk to hip hop, electronic, and reggae, Here are 7 Argentine ladies that are shaking up the music world with their sounds…

With her hypnotic loops, delicate vocals, and metallic instrumentals, Juana Molina is a true sonic architect. After plenty of albums in her catalog, the avant-garde Molina has had time to perfect her sound, which started out more folky and slowly became more obsessed with punk and electronic loops. Her meticulous sound finds its climax in her latest release, 2017’s glorious “Halo.” Her ambient soundscapes are experimental enough to spark indie intrigue and rhythmically appealing to also reel in points from poppier audiences. So, if you’re looking for something subtle and smooth on the ears, Juana Molina is your girl.

Sit back and relax, this next group loves a good time. Comprised of two sisters and their childhood best friend, Patagonian trio Fémina combines Andean folk music and hip hop with smooth, tight harmonies, and a modern, subtle production. Their positive and chilled out sound feels both modern and comforting in its folky nostalgia.

There is also a strong spiritual quality to their tunes, which often revolve around peace, feminism, and being in the moment. Each of their albums perfectly tackles a new spin on their sound, with their first two flirting more with salsa and flamenco and their latest, 2019’s Perlas y Conchas, heading toward a broader, Latin indie, chillwave sound.

Nathy Peluso wants it all. To rap, to wail, to scat and belt her heart out. She wants drama, tango, reggaeton. She wants trap beats, dark synths, and sultry jazz. And she can do it all and make it sound new. With her soulful, versatile voice, retro-collage aesthetic, and equally intriguing sound to match, this Spanish-Argentine is a true act to follow. Her debut EP, 2017’s Esmeralda is a short and smooth listen that showcases her humor and range. Her other EPs are also a great listen, especially 2018’s La Sandunguera.

A true folk visionary, Paloma Del Cerro makes colorful music that celebrates the indigenous sounds of Latin America and beyond. Her music is a space for her to sing about her lineage, the afterlife, witchcraft, and all the wonders of the natural world, all in her haunting and malleable voice. Her latest album, AMA takes her sound a step further, toying with psychedelia, reggae, and bigger production.

Comprised of Dolores Aguirre and Julia Ortiz, this Buenos Aires duo was once called the “next big thing” in Latinx music. And it’s easy to see why. Their intimate acoustic folk songs showcase their introspective lyrics, gorgeous harmonies, and simple classical guitar playing. They had a major moment with their viral hit, “Rie Chinito” in 2011. And since then they’ve released three successful albums that have each expanded upon their vision of paying tribute to the beautiful regional sounds of their homeland.

Argentina’s young rising star of the moment is Nicki Nicole. The 18-year-old star has been grabbing international attention, breaking down her lyrics on Genius videos, and constantly facing Billie Eilish comparisons. Her debut album, 2019’s Recuerdos shows promise in her still maturing voice and sound, which is a trendy blend of pop, trap, and hip hop, with constant nudges to her Latin roots. Her latest hit “Colocao,” is a great example of her unique sound, with its trap backdrop and classical guitar hook.

Have you ever listened to tango pop? Well, get ready to. Sofía Viola is a true gem, whose sound is a love letter to the folklore traditions of Argentina and its Latin sister nations. Her live performances are intimate and colorful. She usually plays along with a classical guitar or the traditional charangón and her lyrics, full of bite and social commentary, come to life on the stage.