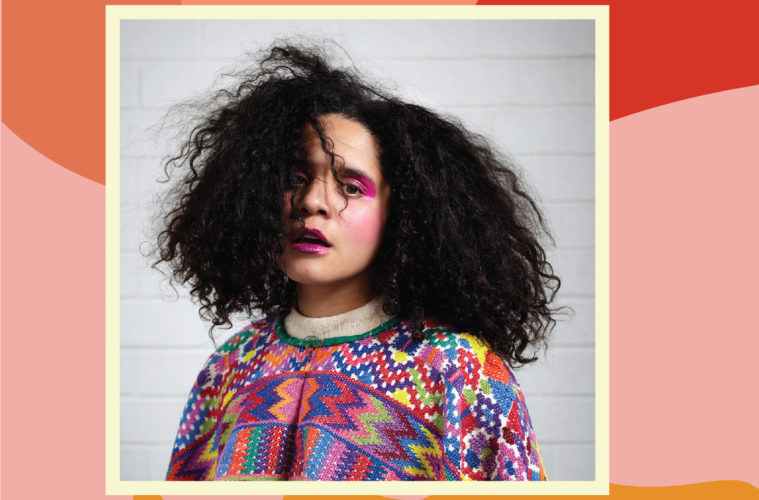 Meet the powerhouse interdisciplinary musician, artist, activist and single mom: Lido Pimienta. Hot like pepper yet smooth like maple syrup, the Colombian-born and Canadian-based prodigy seems to be all anyone is talking about right now.

Being an underdog in the truest form, Lido’s achievements – musically and socially – are impressive to say the least. Born and raised in the costal Colombian city of Barranquilla, Lido descended from Afro Colombian and Indigenous Wayuu roots – 2 ethnic groups that have been oppressed for centuries – giving her 2 distinct cultural identities. Seeking to connect with her unique self, Lido turned to music, “It is my voice and my escape. Living in Colombia, you have to really be sure and love your identity, so music gave me a space where I was embraced for being myself.”

While lockdown has been tough, one of the lights amidst the darkness was the release of Lido’s newest thought provoking album, Miss Colombia, this past April. The album is a delicious musical treat with sonorous steel drums, breezy woodwinds and electro-synth rhythms inspired by reggaeton, cumbia and porro, Colombian folk music native to the Caribbean coast, serving up a welcome departure from the mainstream white musical landscape in North America. Using her luscious voice as her unassuming weapon, Lido seamlessly combines her core values into her music, creating a dialogue around important issues such as gender, race, motherhood, identity and the Latin American diaspora within a Canadian landscape. Her music has served as a catalyst for propelling these issues front and center in the mainstream music space, demonstrating that our voices are one of the most powerful tools available to create change.

Lido’s artistic growth has also changed the narrative around what’s possible for female musicians of color today. Rewind 10-years to Lido’s debut album, Colors, which was produced entirely by her then-husband who refused to teach her about the recording process, and compare that to her last 2 albums, La Papessa and Miss Colombia, which she recorded primarily in her home studio and wrote and arranged herself. Lido also uses her new-found space to elevate other indigenous artists and artists of color – just check out who she features on her albums or take a listen to the legendary First Nations group A Tribe Called Red’s album We Are the Halluci Nation, for which Lido sings on 3 songs.

Even in Canada, Lido remembers her roots and continues to support marginalized communities. She’s an advocate for her Wayuu community through Fuerza de Mujeres Wayuu (The Force of Wayuu Women) which addresses human rights violations and empowers indigenous women through training and education. When she arrived in Toronto, she launched a number of initiatives including a show featuring up-and-coming female artists (Girl Talkz) as well as a music collective that helped integrate foreign musicians into the local music scene (GlitClit). And who can forget her memorable request when she performed at the Halifax Pop Explosion Festival to make room for “brown girls at the front”, affirming her determination to create seats at the table for other women of color.

Although Lido has made tremendous strides in driving social activism to the top of the North American musical agenda, there’s still a long way to go. “I’ve been in Canada for over 10 years, and when I think about Canada then and now, it’s the same. I’m still the one brown girl among all these white men.” And she has an excellent point. The unfortunate reality is that the entertainment industry is predominantly run by white cis-males and the artists they book reflect their (often biased) visions. So, in the face of this highly unequal musical landscape, seeing Lido steal the spotlight is a cause for celebration.

Lido’s success represents a victory for all women of color who have ever been outsiders in their professions, proving that it’s not only possible to change the status quo, but to be one of its leading forces. Through her artistic expression and loyalty to her authentic self, Lido has paved the way for a new generation of musicians hoping to enter the mainstream music space, making art created by marginalized artists seem a little more commonplace and a little less “exotic.” Lido’s advice for other artists of color: “be nosy, get in my business, intrude, stake all the space, demand it. Just do it.”