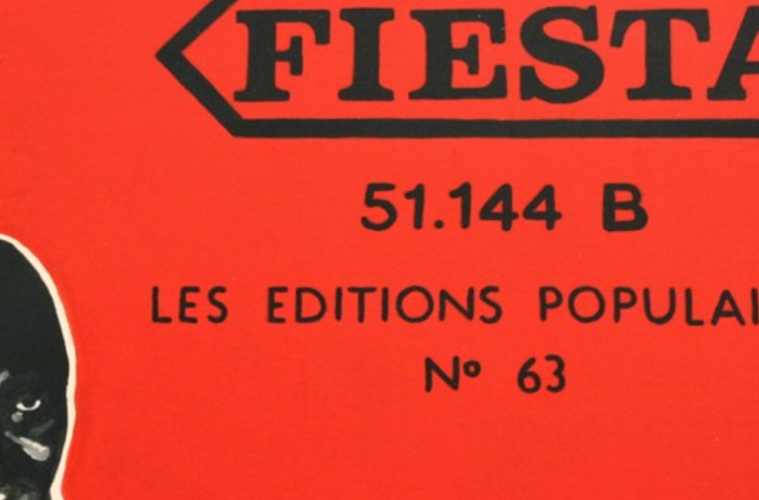 This week we travel back in time to the hot Latin club nights of the 1960’s with Gramophiles fresh take on a Panamanian classic, featured on our most recent A La Luna Playlist.

“If you feel like patting your feet, pat your feet. And if you feel like clapping your hands, clap your hands. And if you feel like taking off your shoes, take off your shoes. We are here to have a ball, so we want you to leave your whirly troubles outside and come in here and swing.” With this quote, the Paris-based duo, Gramophiles, introduces listeners to their remix of the Panamanian classic “Tamborito Swing” by Los Silvertones, perfectly explaining the audience etiquette for the groovy rhythm to follow.

With their remix, Gramophiles breathes new life into an old classic, sharing a beautiful piece of Panama’s rich cultural history with the rest of the world in a crisp and contemporary edit. Having earned a reputation for remixing hard-to-find international musical treasures and playing them in their DJ sets, Gramophiles has demonstrated their impressive crate digging skills yet again with their remix of “Tamborito Swing”. The original version by Los Silvertones dates back to 1969 and although the band was among the most famous of the Combos Nacionales to emerge in the 1960’s, it’s surprisingly difficult to find anything about them or their hit song.

Although not the first place to come to mind when thinking of countries with significant musical exports, Panama’s musical history is rich and diverse. Its geographic location bridging North and South America make it an ideal breeding ground for new musical experiments, fusing genres inspired by its Northern and Southern neighbors – with “Tamborito Swing” being a perfect example. Pulling from American Funk, Colombian Cumbia, and Trinidadian Calypso, Los Silvertones “Tamborito Swing” was a remix in its own right, representing a departure from traditional Tamborito rhythms of the time. 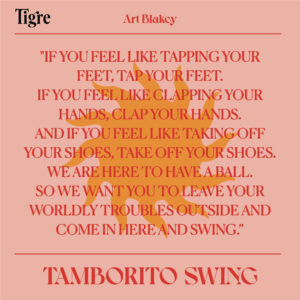 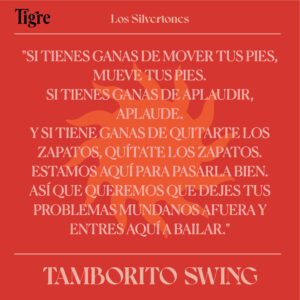 Stylistically, the song was based on Panama’s national song and dance, El Tamborito (“little drum”), which is a genre of Panamanian folk and dance music that was introduced to the country by African slaves in the 17th century. Traditionally, the main element of Tamborito music are three drums dominating the melody throughout, used by audience members to gauge the degree of hand clapping and foot stomping to engage in. In “Tamborito Swing”, however, it’s the horn players – not the drummers – who steal the spotlight, showcasing a completely new take on Tamborito music. The growing public thirst for hotter dance grooves welcomed the band’s new take with open arms and secured the song as a nightclub hit well into the 1970’s.

Fast forward almost 50 years later, and “Tamborito Swing” is still making waves on a whole a new set of dancefloors across the world, thanks to Gramophiles. In addition to being undeniably enjoyable to listen (and clap and stomp) along to, this remix represents a tribute to one of the golden eras of music, ensuring that this fascinating piece of history has a place in the present.