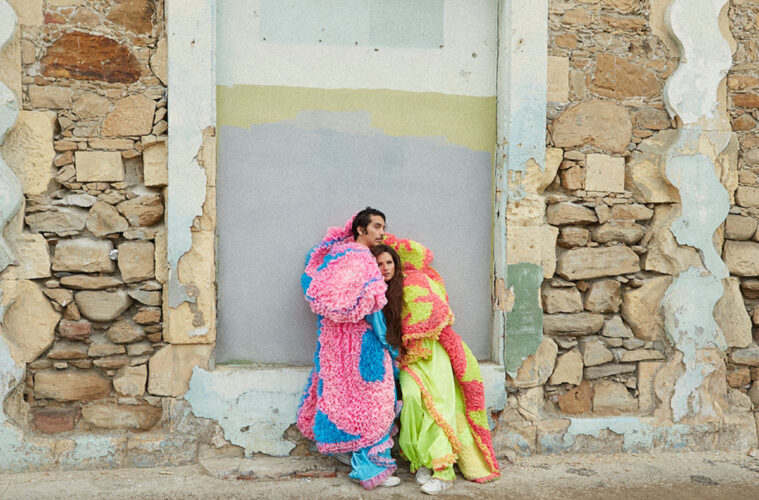 Ho ho holy moly it’s already the end of 2020! A year that will be forever burned into our hearts and minds. But thankfully, musicians around the world persevered and to our delight they were able to release not only new music, but music that expressed different perspectives, styles and visions from what they have previously released. So no, 2020 was certainly not the best year for many things, but perhaps it will become known as being a year of incredible music because of the tremendous amount of artistic growth that it managed to spark.

If you’re like most people, you probably still have a few last-minute gifts to buy, so why not give the gift that keeps on giving and help support some of these amazing artists around the world so they can keep doing what they do best – making music. With pleasure, here are eight of our favorite Bandcamp releases from 2020 that serve as a welcomed reminder that light can be found even in the darkest of places.

“At a time when the expression “Music is My Sanctuary” has an even greater cathartic impact for many people, we set out to make this volume an extra special one – like an old favorite mixtape or playlist,” said the Brighton, UK, based label, whose Mr Bongo Record Club compilations have become the holy grail for vintage classics. Masters of crate digging and re-releasing undiscovered gems, their compilations represent the crème de la crème of all the best vintage music we otherwise never hear. With an objective to “make you move your feet, take you on a trip somewhere, or trigger a happy memory” this volume carries on the Record Clubs’ legacy by featuring the label’s current favorites and rare lost gems from the Brazilian, African, Soul, Funk, and Disco genres such as Azwon, Cindy & The Playmates, and Zé Roberto along with the first-time inclusion of any contemporary artists including Matthew Tavares, Wax Machine, and DJ Format & The Simonsound.

After living in New York City for many years, Buscabulla’s Raquel Berrios and Luis Alfredo Del Valle returned to their native Puerto Rico in the wake of Hurricane Maria and their latest album Regresa is the story of their return. The album maintains their trademark Tropical-Synth-Pop sound while asking deeper questions of life and identity including the frustration at the lack of opportunities for local Puerto Ricans while tax breaks lure rich investors, self-doubt and anxiety, even the rise of religious fanaticism. Smooth layered vocals rich with feeling and soul complimented by retro-esque synths and R&B vibes is certainly one way to describe the duo’s sound, and its easy-listening nature means this album will be on repeat for a while. If you haven’t already heard their single “NTE” check it out immediately and you will understand what all the fuss is about.

With a little bit of French, a little bit of English, and a whole lot of flair, Polo & Pan’s latest petit EP lives up to its name. Feel Good by Parisian duo Paul Armand-Delille (Polo) and Alexandre Grynszpan (Pan) includes four very distinct songs displaying the diverse boundaries of French Touch while playfully incorporating House, Disco and Electro into a musical style that has become uniquely their own. The EP kicks off with the upbeat jam “Feel Good” followed by the sultry French-Synth-Pop sounds of “Attrape-rêve” before the duo take a sharp turn into what we imagine the Amazon Jungle would sound like if it could be converted into electronic music in “Pili Pili”, and lastly, concludes with the unexpected retro-acoustic-singer-songwriter vibe of “Peter Pan”. Once again, the pair have released a collection of songs that highlights the depths of their creativity in a way that is uncompromisingly, inimitably, and undoubtedly Polo & Pan.

One of the brightest lights amidst the darkness of 2020 was the release of Lido’s newest thought-provoking album, Miss Colombia, this past April. The album is not only a musical masterpiece, but it represents a victory for all musicians of color who create music in languages other than English, as the album has become a massive success in North American music charts. The album combines sonorous steel drums, breezy woodwinds and electro-synth rhythms inspired by Reggaeton, Cumbia and Porro, Colombian folk music native to the Caribbean coast, serving up a welcome departure from the mainstream white musical landscape in North America. Through each song, Lido explores important issues such as gender, race, motherhood, identity and the Latin American diaspora within a Canadian landscape.

Perhaps the most avant-garde pick on the list, the original 2019 release of Mantra Moderne by UK/Turkey duo Kit Sebastian was so popular that they released a deluxe edition in April of this year. Their debut album is a contemporary ode to the best of 60’s – peace, love and psychedelia – and mixes Anatolian Psychedelia, Brazilian Tropicalia, 60’s European Pop and American Jazz to form one incredible listening experience. The album explores universal themes such as love, loss, decay, language and ideology, and mixes three different languages: English, Turkish and French. If this isn’t interesting enough, the pair challenged themselves to complete each song within a 12-hour working window to help spark spontaneity in their music – and without a doubt, they succeeded.

Our favorite Portuguese producer has done it again with the second volume of his Enchufada Na Zona compilation series. Released this past summer, Branko waited three years to release the second volume, meticulously selecting every track on the album from some of his favorite artists as well as including some of his own previously unreleased edits. Unlike the original, this volume was created during quarantine from Branko’s home studio and features songs that the producer feels reflect the new strange times we are living in and the significant increase of time that everyone is spending in their homes. But perhaps our favorite thing about Branko’s Enchufada Na Zona compilations is the fact that he has released them as albums and now we too can explore the multitude of musical treasures he has amassed over his 10+ years of traveling the world as a DJ and producer, opposed to only getting a taste on his NTS radio show.

Have you ever wondered what the discotheques in Beirut, Cairo, or elsewhere in the Middle East sounded like in the 1980s? Well look no further than to the latest album from Golan brothers Hasan and Rami Nakhleh which is a completely original and intoxicating fusion of Arabic vocals like you’ve never heard before with Middle Eastern Disco and Funk. The album embodies the brothers’ childhoods when they were exposed to prevailing 80s hits of the time, eventually resulting in an Arabic synthesizer being purchased (PSR-62), and much later, the idea for Migrant Birds – their very own tribute to the original sounds that influenced them so profoundly. Lyrically the album strikes a very personal note, exploring the brothers struggles and quest for freedom and belonging.

When Roy Ayers, Honey Dijon, Andreya Triana, Dames Brown and Nikki-O all feature on your debut album, you know you’ve got it going on. The Vision is the self-titled debut album of London duo Ben Westbeech and Kon, and is a lively collection of uplifting Soul, Disco, House and Funk music. Designed to be played in full and in sequence, the album showcases their broad range of influences and musical disciplines with dream-like interludes that guide its journey. With a groove factor of high, The Vision is sure to keep you moving and grooving even if it is only in the confines of your own living room.