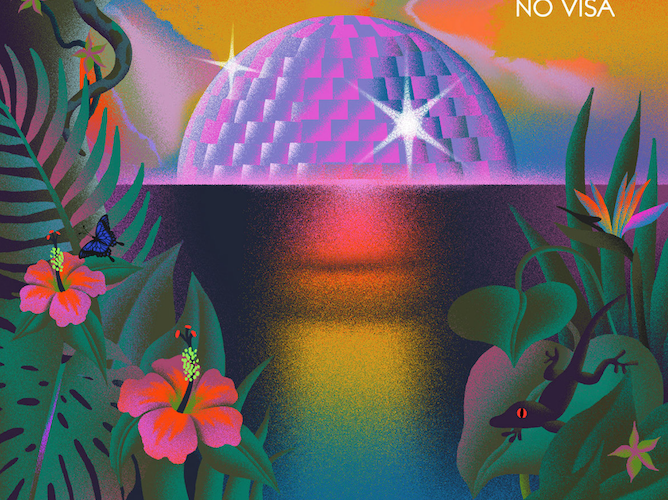 In a virtual listening party held on Zoom two weeks back, LA-based producer Captain Planet (real name Charlie Wilder) welcomed fans and collaborators alike into his home studio to celebrate the release of NO VISA, a 13-track concoction of tropical, global dance vibes that we can’t stop listening to. The album was released on one of our favorite indie labels, Brooklyn based Bastard Jazz Recordings, which boasts a “borderless roster of artists from New York to New Zealand.” 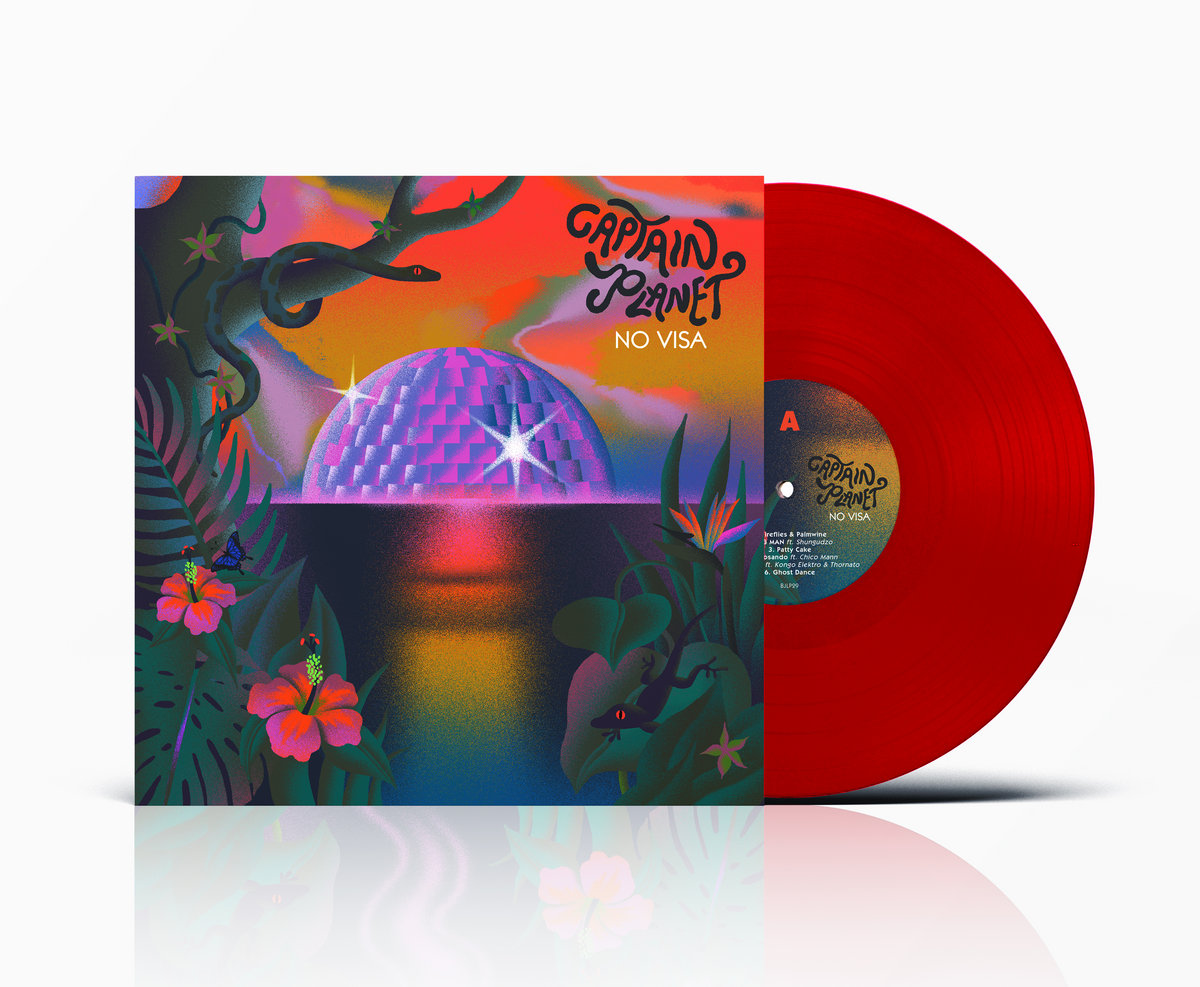 We had the pleasure of sitting in on the virtual event, led by Bastard Jazz A/R head Aaron Schultz and Charlie Wilder himself. We listened as they created a platform for several of the invited vocalists to discuss their participation in the album and sing praises to the joys of working alongside Charlie. If there was one clear take away from the conversation, it was that everyone loves working with Charlie as much as Charlie loves working with samples.

If you are just being introduced to Captain Planet now, you’re welcome. As you can hear in one of his most classic tracks, Un Poquito Mas featuring Chico Mann, he is known for his danceable fusions of borrowed global rhythms that, in our opinion, make him one of the most exciting DJ/Producers in the global bass scene right now.

Charlie says “This is always what I’ve been about, a global sound.” And the 13 tracks on NO VISA prove the point that no matter how many walls and borders politicians around the world put up, music is not only borderless, but it is the best form of cultural diplomacy there is. Using musical influences from South America, the Middle East and Africa, and with the support of a diverse lineup of international vocalists and collaborators, Captain Planet has gifted us an entire album of tropical vibes just in time for summer.

While taking several minutes to discuss the idea of cultural appropriation versus appreciation, an important topic for musical producers of any genre, Charlie stands by his belief that the real difference between the two is centered around knowledge. While he admittedly made some mistakes on that front in his early years of production, Charlie was open in discussing his personal journey and how he has evolved as producer. He says “my vision is a lot clearer and stronger …. and my knowledge of self and where I fit in to this, the matrix of power, is a lot clearer. I don’t want to do things I did in the past.”

NO VISA is a home-run from start to finish, featuring a handful of collaborators that we are used to hearing alongside Captain Planet’s beats, like Chico Mann and Thornato. Though the album merits a listen from beginning to end, we of course have a few favorites to point out. Brooklyn-based Brazilian baile funk queen Zuzuka Poderosa blesses us with “Mi Poni”, a song that will no doubt be an essential part of any summer dance playlist. *Cough* our Gostosa Playlist *Cough*.

Another favorite is “Ghazal” featuring vocals by Sudanese singer Alsarah, a dreamy track that perfectly encapsulates Alsarah’s vision of creating something ‘tender but tough’. Alsarah, who praises Charlie for his broad musical knowledge and ease to work with, collaborated on this track while being on opposite sides of the country. She explains how, rather than writing songs, she hears songs and her creative process is about translating what she hears in her head into something tangible. ‘Ghazal’ is a love song, an idea which is so clearly communicated with the intonations of Alsarah’s voice, regardless of whether or not you can understand the lyrics.

“Come Along’ is a collaboration with NYC-based artist Sye Elaine Spence, a first time collaborator for Captain Planet, who explains that the concept for this track began as a lullaby for his daughter and inspired by the mbira thumb piano. Sye’s vocals are airy and sweet, perhaps the perfect lullaby for all of us adults navigating our way through all the curveballs that 2020 has thrown us so far.

These are just a few of our favorites, but we promise, the entire album is fire. And while international travel is mostly on pause for the moment, NO VISA reminds us of the ability music has to transport our minds to different places and lands. So go on, turn the volume up to max and get lost in this album, no visa required!