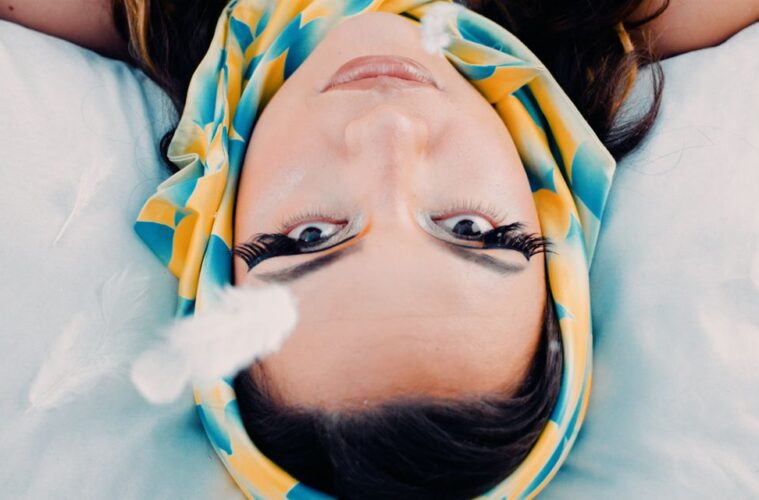 R&B in Mexico? Here’s Who You Need to Know

R&B takes root in various regions in its own way with an identity that is defined by the use of different resources and languages. The magical lands of the Mayans and the Aztecs, of course, are no exception. We no longer need to limit ourselves to U.S.-based Mexican artists, although we do admire the rising and talented Omar Apollo. For a couple of years, Mexico has been hosting a nu R&B scene and it’s boiling, pure and effervescently.

“I seek to give another face to R&B made in Latin America, trying to show that it doesn’t have to be slow jams but can also have some funk or jazz. I even try to implement house elements at a beat level and use synths that give it another color… I think this is giving the project a certain identity,” Ferraz said in an interview for the website Ultramarinos in 2020, shortly after venturing out with a single that would start a new stage in his career. The song in question was “No Puedo Parar”, a prelude to what would be his second album Fino, released the following year, after a more electronic debut record with 2019’s Rumbo.

Originally from Venezuela, but based in Mexico City, producer and musician Manuel Ferraz undoubtedly embodies this nu R&B movement. This is more than clear just by reviewing the list of collaborators on the tracks that complete his album Fino: Sabino in “Pasiones”, Dromedarios Mágicos in “No Sé Perder”, and ALONG in “Llama Azul” and “Nada Es Para Siempre”. This year finds Ferraz very active again, with the release of “Serotonina”, a new single that announces another creative phase and more things to come.

At this point, we could say that Regina Isabel Vallejo—better known as Noa Sainz—is one of the most significant appearances in Latin R&B. Originally from Saltillo, Coahuila, she studied acting from an early age to later turn fully to music. Since 2018, beginning with her debut single “FYT” and closing with the release of her first EP No Science, she’s been carrying on a meteoric career. By 2019, at just 20 years old, she already had a contract with a major label and a busy schedule that included performances on various stages and bombastic singles such as  “Despertar (El Dolor)”, “Qué Bueno” and “Sudor y Frío”.

In 2020, Noa Sainz took a break during the pandemic to introspect and become aware of everything she had experienced when she was so young. The result of that period meant becoming an independent artist again, to return renewed in 2021 with the single “Voluntad”. Her music is a refreshing breeze of R&B, open to the charms of soul and pop, even with room to introduce some rap and trap beats. And her evolution as an artist is constant. She’s already positioned as a benchmark in Mexico, with an increasing international projection.

The Mexican nu R&B scene is made up of promise. Young promises, of course. And in that clique, we cannot leave out Méne (yes, with an accent on the first “e”). Singer, producer and multidisciplinary artist, his real name is Luis Eduardo Barragán and he comes from Monterrey. He has been making music since he was 11 years old, although it was only at 16 that he discovered—something that completely changed his musical perspective. “In my teens, I listened to Drake, The Weeknd, Tory Lanez. All that Canadian sound that came that was super R&B, and I fell in love,” he told the Guatemalan platform El Timbre Suena.

After a few singles released between 2016 and 2018, Méne was able to complete and release his first EP La Luz in 2020. The following year was definitely his busiest year, with two more song-laden EPs. Tacto came out first, anticipated by the singles “Nadie Más” and “Tenis Nuevos”. Then followed Braille EP, written and produced together with Rodrigo Torres de la Garza, better known as Nsqk, and including collaborations with Noa Sainz on “UNDOSTRES” and Román Alejandro—a.k.a. MONVCO—on “Tecate Freestyle”.

Alonso Villalpando—these days known as ALONG—is no stranger to youth phenomena. He began his musical career when he was just 16 years old, as part of the successful Mexican boy band CD9. For him, now 25 years old, that experience is a thing of the past. Today, with a new alias and his solo career on the rise, his unique and melodious color of voice shines even brighter. The proof is his first two songs, “Navegando” and “A Mi Favor”, released last year and very well received by the burgeoning R&B scene.

ALONG’s music could be described as velvety Latin soul, a R&B with pop sounds and some jazzy air. The perfect coat to shelter heartfelt lyrics, inspired by the life of a romantic and somewhat rebellious young man. Last year, the artist from Mexico City showed off collaborating with Noa Sainz for her single “Aparecer.” And this year, he has already completed his first EP, also titled Navegando, including new singles such as “Sobrenatural” and “La del Campo de Fresas”.

To continue on this music journey, hit shuffle on our R&B in Español playlist here.