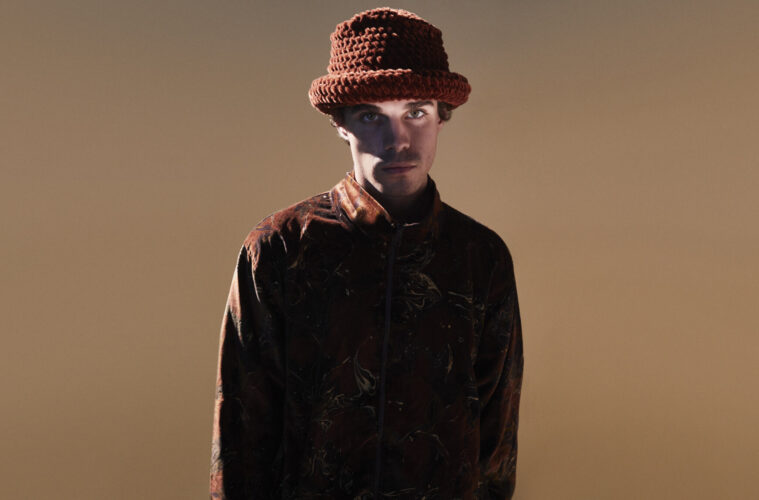 In 2019, there was a turn in Sen Senra’s career when he released his album Sensaciones. In this album, he reveals a more mature and personal songbook in his native Spanish language.  It also includes some heartfelt ballads such as “Como el Fuego” and  “Yo No Te Hago Falta.”

Senra’s originally from Vigo, Spain, and his given name is Christian. His music gathers influences from hip hop to pop, with key names like Frank Ocean when it comes to referring to his production style. This year he released seven new songs under the title Corazón Cromado, including C. Tangana’s notorious collaboration on “Qué Facilicidad.”

Don’t be intimidated by her last name – it’s pronounced “zoo-eye”. Her birth name, although she’s known as Lolo, is Laureen Rebeha. She was born in 1995 in Paris, but her memories start in San Francisco, where she moved when she was a 3-month-old baby. She’s practically American, but her mother is French and her father is Algerian. With such a cultural mix, her music is an explosive cocktail of pop, trap and R&B.

Zouaï released her debut album, High Highs to Low Lows, in 2019. The album brought her raving reviews and positioned her as a breakthrough artist. She was even featured as “one to watch” by The Guardian. Two years earlier she had already co-written “Still Down” from H.E.R.’s Volume 2 album. This year she’s released a new single (“Galipette”) and was invited by Dua Lipa to be her opening act on her upcoming Future Nostalgia Tour.

Unlike a few of our listed artists, her birth name is truly Malva Vela. While she’d considered changing it, she now thinks she couldn’t be called anything else. Malva is only 21 years old and already has a multifaceted artistic career: she’s an actress, painter, and musician. Music is her main occupation these days.

Malva Vela has published five songs on platforms that are causing a great sensation: “Malva Marina”, “S.O.S.”, “Cruda”, “Muda” and “Dar de Más”. This young woman from Madrid is totally new to this, but she already has her own personal sound, a musical universe in which her intimate pop is interspersed with modern R&B beats and emotional Andalusian winds.

At 27, Vic Mirallas has an unusually vast musical career. Before becoming a rising star of pop and urban music in Spanish, recording albums, and going on tour, this musician from Barcelona dedicated himself to studying. Those studies took place at the Berklee School in Boston. Then he made the leap when he joined Alejandro Sanz’s group several years ago as a saxophonist and backup singer.

Jungle Fire is a Los Angeles-based tropi-funk big band that has been around for almost a decade. “I think we’re a really good representation of the city because all of our musical tastes can be heard in this band,” said bassist and founding member, Joey Reina, during a performance for KEXP.

This partying instrumental band crosses funk with Afro-Colombian and Afro-Cuban rhythms, such as cumbia and salsa. Their list of references also includes several jazz artists who devoted themselves to Latin and African rhythms, such as the Puerto Rican Ray Barretto, the Cameroonian Manu Dibango, and Irakere.

Nohemy is a Puerto Rican singer who doesn’t go unnoticed. Maybe it’s because of her social media activity, or the way she dresses, or more likely it’s because of her songs. She was born in 1994 in Bayamón where she spent much of her youth playing basketball. Music was also in her heart, but it was only when she suffered the loss of a loved one that she decided to dedicate herself fully to her musical career.

Nohemy’s songs reflect her history, her attachment to family, her Latin roots, and her interest in urban sounds. She has already opened for Nicky Jam, Zion & Lennox, Migos, Tory Lanez, Jhay Cortez, and H.E.R. Last year was decisive in confirming her ascending musical career, with the release of the EP Sin Fin, which includes singles such as “Mala Fama”, “Paranoia”, “Confesión,” and “Piérdete.”