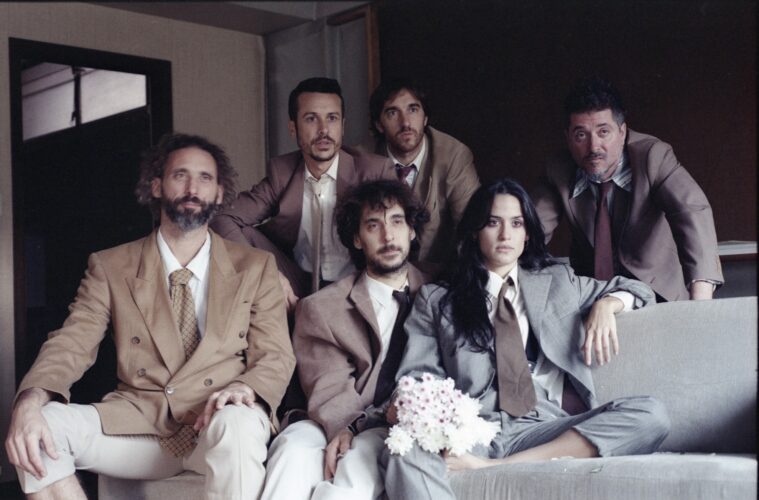 We’ve always fawned over musicians who have mastered being somewhere in between refreshing and familiar at the same time. In a world where artists seek to stand out by following the obvious, TikTok-fueled paths, Churupaca is forging its own one filled with playfulness, soul, and irresistible charm.

Straight from the streets of Buenos Aires, this 6-piece band has been gathering quite the cult-like following around the world. Their sound–a folky blend of Latin and European styles–has earned them a membership into the same sonic club where bands like Monsieur Periné frequently hang. Maybe it’s the use of the accordion, maybe it’s the powerful duality of male and female vocal leads, but whatever the exact measurements are, the end result is equally romantic.

How a group can feel so sure of its cultural representation, yet still give off such a modern sensibility to song-writing never ceases to amaze us when we tune out to some of Churupaca’s albums. Their debut self-titled record was released in 2013 and almost instantly garnered attention from global labels and media platforms. Touring the continent, it would be five years before they gave us their highly-anticipated sophomore album, Antes de Mañana, featuring a more defined, rooted sound.

Always the generous group of souls, the Argentinian outfit recently released a stripped-down EP, Sesiones de Estudio en el Jardin (Garden Studio Sessions) which opens up the world of musical possibilities for them even further. Churupaca is a kaleidoscope of a band, who can easily shift their multi-layered music within the length of a single song. Just listening to one track, however, will not do the brilliant act justice.