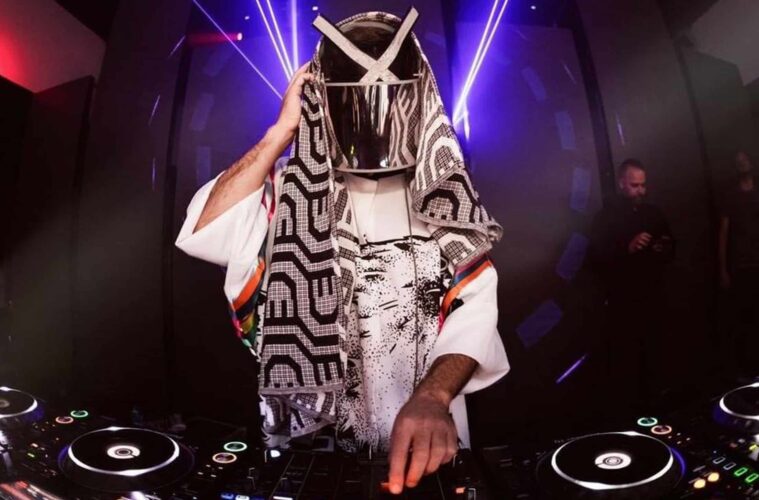 The dance floor can become a multicultural place, where everyone wants to go, where the body surrenders fully to music. Here are some of the best wizards for this magical ritual.

Nothing seems predictable for DJ Nickodemus. A Brazilian batucada rhythm can give way to the horns of a traditional New Orleans jazz orchestra. The cumbia and vallenato rhythms of Cartagena de Indias, in the Colombian Caribbean, can dialogue with the acid house pulses of the avant-garde producers from Europe. His geographical-musical destinations also reach India, the Balkans, the Middle East, Africa, and the rest of Latin America. This New York-based DJ connects with people, thanks to his global vision and ever-funky energy. His set can take the dance floor anywhere: from deep, introspective, electronic moods to more organic, sun-filled percussion ensembles.

Nickodemus has been touring as a DJ all over the world since the mid-’90s, and he’s been part of the Turntables on the Hudson parties in New York for 11 years. Nickodemus also creates and produces his music, which is released by Wonderwheel Recordings. He also often interacts –either to remix or be remixed– with other artists on the label, such as The Spy from Cairo, Chancha Via Circuito, and Alsarah and the Nubatones. Anything can happen on his remix machine: from Nina Simone to Bebel Gilberto, from Thievery Corporation to Novalima.

Originally from Bogotá, Colombia, but based in Mexico City, Sinego has been making waves. He’s young, and has a promising future. His great mission is to give his music true recognition on a global scale, as part of a revaluation of Latin American culture. His secret weapon consists of an irresistible combination of old boleros and deep house. That’s to say, romantic and melancholic tunes that merge with danceable and electronic beats.

“I found that most characteristics that ‘define’ musicians from my region are outdated and belong to a superficial stereotype of ‘latin’. Examples of these are: ‘Spicy, reggaeton, always happy’ kind of music,” Sinego stated in Fifteen Questions. That’s how he began to search for his artistic identity, while outlining a new path that would help define Latin music through other emotions such as sadness and nostalgia. And so he proved it with a batch of singles, fully involved in the role of producer and multi-instrumentalist, always collaborating with other artists. “Bolero is the life-blood of our music culture,” he says almost as a slogan.

Nicola Cruz’s name is already recognized on the global scene, but we can’t fail to cite him as one of the best DJs when it comes to mixing electronic music with South American folklore. Born in Limoges, France, to Ecuadorian immigrant parents, he’s a traveler by nature. As a child, he returned with his family to Quito, where he became interested in music and took percussion classes. After his teens, he moved to Mexico City where he lived for five years and studied sound engineering. He currently has a studio in Tumbaco, Ecuador.

With archaeological devotion, Nicola Cruz traces, samples, and even recreates the organic sounds of Andean music. A work that values the analog and craftsmanship of traditional instruments such as the siku, the quena, and the charango, his rhythmic loops easily become shamanic. Voices echo, as part of a great cosmic spiral. In addition to his celebrated DJ sets, Nicola has a vast and colorful discography that includes albums, EPs, singles, and remixes released on ZZK Records.

Pablo Fierro was born and raised in the Canary Islands, on Spanish seas but very close to the Moroccan coast. He first got involved in some hip-hop projects, but later ventured out on his own. Right from the start, he wanted to connect ancient sounds and modern beats. A magnetic musical communion destined to cross borders and place this DJ at the top of cosmopolitan electronic music. It didn’t take long for him to take over the booths of great clubs in Ibiza, Berlin, Paris, and New York, among other dance sanctuaries.

As a producer and songwriter, Pablo Fierro unfolds all his musical wisdom by playing different instruments (guitar, bass, percussion, and piano) and tackling various styles alongside various artists (Gilles Peterson, Louie Vega, Atjazz, and Black Coffee). He was also able to expand his range of action by composing music for films, as well as running his own label with international reach, Vida Records. Tracks like “Bangalora” or “Reincarnation” are like ethnic spells for the dance floor.

“It is everything and nothing at the same time. Mysterious at it is… Hyena will present music from all across the world and no place at the same time.” This is how Hyenah was introduced before a set for Boiler Room, a couple of years ago. Of course, Hyenah keeps its identity a secret, wearing a mask and not even defining its gender. 2016 was definitely a breakout year for Hyenah, to the point of being at the forefront of Afrohouse music in Berlin.