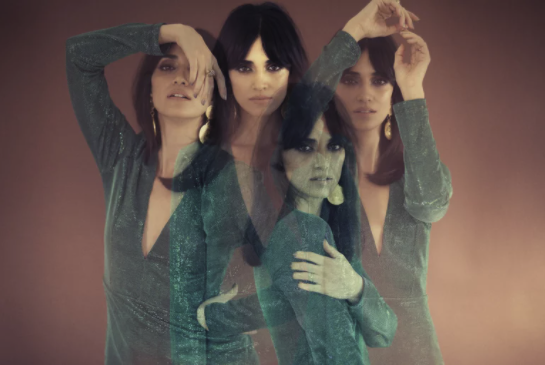 By now most of you have probably caught on to the fact that Israel’s metropolitan city of Tel Aviv has a lot more to offer than just beautiful beaches and great falafel. Perhaps one its most impressive qualities is that despite its relatively small size and enduring political challenges, it’s earned its place as one of the musical capitals of the world.

Hosting a wide array of musical talent across all genres – from emotive pop to Zemirot hymns to hard-hitting techno – there really is something for everyone in Tel Aviv. As one of the first countries in the world to reopen music venues and concerts on a large scale, we couldn’t resist taking a look at some of the incredible artists who have contributed to this city’s impressive musical soundscape.

In a sonic plane where electro-pop flirts with retro Persian sounds, Israeli singer and actress Liraz reigns supreme. Equal parts activist and artist, her music serves to makes people “dance and smile – and above all – think.” Born to an Iranian family who relocated to Israel before the 1979 Revolution, Liraz was deeply impacted by the female Persian singers who continued to make music after the revolution, despite it becoming punishable by law. Witnessing these courageous acts inspired Liraz to start her own signing career, challenging the patriarchy with each song. “How long will we be quiet? How long will we lower our heads? How long will we bend our knee? . . . Together we will make a revolution.”

Her debut album Naz  was her first quest to reconnect with her Iranian heritage, exploring pre-revolution Iranian pop music from a female perspective. The album quickly became an underground hit in Iran and laid the groundwork for numerous secret collaborations with Iranian musicians to come. Thanks to encrypted networks and secure messaging, her second album Zan was born. Meaning “women” in Farsi, the album is not only a continuation of her powerful female experience but serves as a uniting force between Israel and Iran – an impressive feat to say the least.

Tel Aviv has long been known as one of the Eastern hemisphere’s havens for electronic music, and one of the people responsible for attracting international gaze to the region is producer, DJ and label owner Chen Moscovici aka Moscoman. Since getting his start Djing throughout underground clubs in Tel Aviv, Chen has come a long way. Now based in Berlin, he has become a prominent figure in the alternative club culture and started his own record label Disco Halal (with a name that clever, you know the music’s going to be good).

Founded in 2015, the label offers a rich and diverse selection of music produced by a closely-knit community of collaborators from Israel and beyond, keeping it firmly rooted in the Tel Aviv music scene while synonymously being an international purveyor of killer beats. See for yourself  by checking out the string of releases on their Bandcamp, including everything from Damian Lazarus re-works of Karpov not Kasparov to the desert-vibe Gnawa EP from Polo & Pan’s own Polocorp. “It’s no secret that I come from a difficult part of the world, but it’s vital to support the good stuff. In everything I do it’s part of who I am; anywhere I live, I’m still a full-on Israeli.”

With a sound reminiscent of a romcom with an empowered female lead and a happy ending, the Israeli duo known better as Lola Marsh have mastered the art of writing thoughtful lyrics and heart-felt harmonies. Comprised of vocalist Yael Shoshana Cohen and Gil Landau, the pair explore the emotional rollercoaster of life through their upbeat indie-pop sound, describing their music as “romantic, nostalgic and a bit cinematic.” Hence the appearance of their music in various film & TV projects including “Something Stupid” in the hit TV series Better Call Saul.

Their latest album Someday Tomorrow Maybe, is not only dreamy AF, but marks a professional milestone for the group, whereby Gil did the majority of the production, arranging and mixing himself opposed to relying on help from a fleet of other music professionals. “I think we have become more confident. Gil has become more self-confident through projects we did, for example writing for Better Call Saul. I remember when we started producing that song, we realized for the first time that we could do everything on our own… and when you know what you want to achieve, when you believe in yourself, then it’s easier.”

The multi-talented Noga Erez is no stranger to tough times and loss. But it wasn’t until the passing of her musical and life partner Ori Rousso’s mother that death and grieving a loved one gave her an entirely new perspective. Previously, Noga expressed her discontent with her surroundings through anger – which she clearly projects on her critically acclaimed debut album Off The Radar. But with this loss hitting closer to home, an awakening occurred, one where Noga learned the importance of leaning on empathy over anger in challenging situations, which she powerfully expresses throughout her latest album Kids.

“I basically was born an angry person. It doesn’t lead to many places. […] When you think that empathy is a way to connect with the wrongness of the world, I think more productive things could come out of it, on so many different levels.” This personal and artistic moment of reckoning has earned Noga a place among of hip-hop’s finest females gracing the mic. Through her unique musical blend splashed with electro and pop, Noga has unpacked the darkest depths of her world, with the intention that it will inspire us all to do the same.