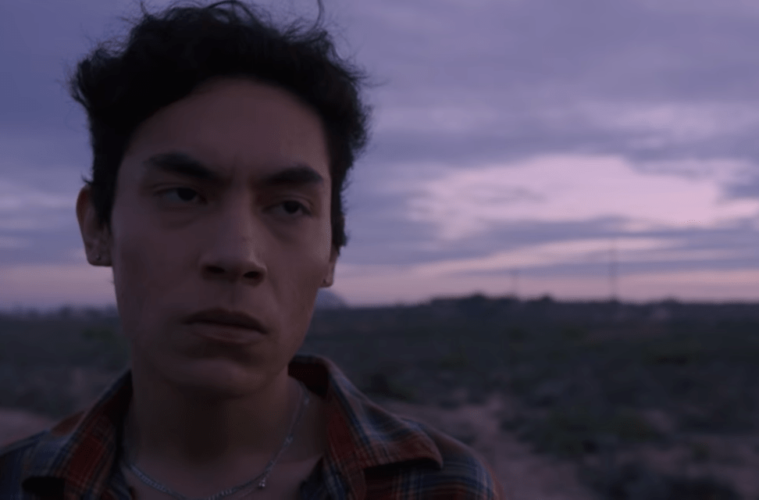 If you google “Ed Maverick”, the first question related to him that pops up is how he got famous. The concern is totally valid if you consider that, at just 20 years old, he has achieved incredible popularity in his country in a very short time. The truth is that this young singer-songwriter, owner of a charming baritone voice and a bag full of heartbroken indie-folk tunes, has reached a massive audience through social networks and platforms such as YouTube.

This purely Capricorn artist was born in 2001, under the name of Eduardo Hernández Saucedo, in Delicias, one of the many rural towns in the border province of Chihuahua, northern Mexico. He learned to play the guitar in a self-taught way and later encouraged himself to write songs. Traditional folk music was already in his blood, interspersed with the alternative rock that best shelters teenage regrets. So he did what first-time enthusiasts do: play in multiple bands at once, Norteño music or English covers, to perform anywhere, at church, at weddings or at fifteen-year-old parties. Until one fine day, he decided to make his own thing.

By the time Universal asked him to release his debut album, Mix pa’ llorar en tu cuarto (“Mix to Cry in Your Room”), in early 2018, Ed was already becoming a huge sensation online. That album precisely brought his battle horse song: “Fuentes de Ortiz” (to date, its video has nearly 200 million views). “I wrote this song when I was 16 – I was still in high school – because a very old friend of mine liked this girl, but she wouldn’t pay attention to him. And that was it. The song is very straightforward. It stuck out to me that he was ‘suffering’, aside from the fact that we were adolescents. Well, we’re still adolescents, really,” he chuckled in a chat with Genius.

The following year, Maverick was already one of the most viral Mexican artists on Spotify, his debut album was certified gold, and his live performances at famous venues in Mexico City sold out seats in record time. Also in 2019, his EP Transiciones was released. Such success and demand prompted this sensitive and shy young man to move to the big capital city, but a few months later he returned to his hometown. Fame wasn’t going to take him over.

In 2020, the pandemic broke out and the Coachella festival where he was going to perform was canceled. Not everything was nice on the road to celebrity for a teenager like Ed Maverick: cyberbullying made him withdraw and return to the socials, but it also made him stronger. That year came out a new EP (ESTO NO TIENE NADA QUE VER CON Eduardo). Those were times to take refuge and reassemble his artistic strength. How to sustain himself as a romantic singer, with a deep voice and emotional songs, outside the clichés of stardom and macho society? The answer would be in his new album, released this year, as honest and revealing as its title: Eduardo.

The good news doesn’t stop for this Chihuahuan talent. Recently, in fact, he has delighted everyone with his collaboration with C. Tangana, for the single “Párteme La Cara”, included in the acclaimed album El Madrileño by the Spanish rapper and songwriter. We’re also happy to hear of his return to the stage, at the end of this month, after a long time of confinement and sharing the bill with one of his favorite bands: Little Jesus. This is just beginning and there’s still a long way to go in the career of the young and wonderful Ed Maverick.