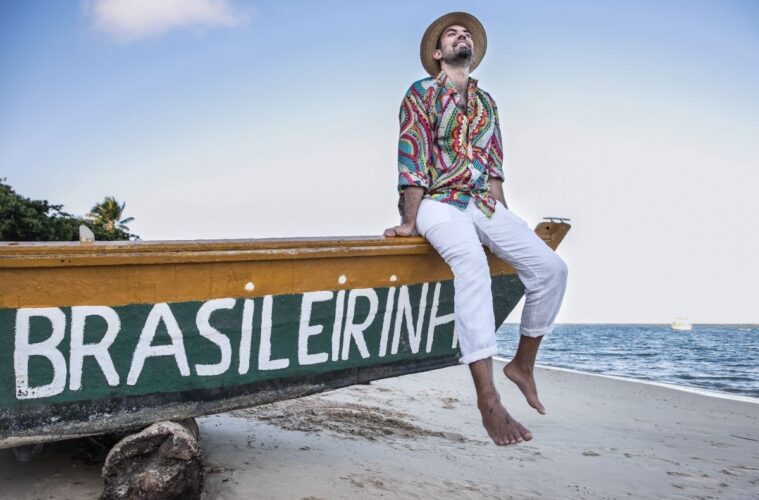 Moving overseas always has a big impact on how we understand our identity. There is something about being in a place away from home that makes you re-value many of the things you used to take for granted and also lets you embrace a lot of the things from that new home that might have felt distant initially.

That is why artists from any sort of diaspora are always a great place to discover music that can use local musical traditions and take them to new frontiers, mixing influences from all kinds of cultures.  This is the case of the following artists from the Brazilian diaspora, each of them making some of the most delicious music we’ve heard in the past few months.

Based in Montreal, he is known for being an artist highly influenced by the heritage of the Tropicalist movement of Caetano Veloso & Gilberto Gil. In “Gamela” he moves aways from his trademark samba sound to explore a new latin alternative feel that taps into both hip hop and afrobeat aesthetics. The result is a Samba de Roda with a fresh groove that gets you moving from the first seconds of each track.

Based in Lyon, Joao Selva is also a son of Tropicalia and traditional Brazilian music such as Capoeira Angola or Coco de Roda. In his latest album for Underdog Records he is able to combine the trademark Brazilian funk groove of the 70’s with the African disco vibe you would hear in the middle of a Dj set from Folamour. This is a groove that will make you feel good no matter where you are.

Based in London, Soma Soma is a band that proposes an AfroLatinx musical identity that combines samba and hi life influences in just the same amounts. Their album “Saudade” express not only expresses a very special heartwarming nostalgia, but it also manages to find a combination of Brazilian percussion and Afrobeat brass lines that is hard to find elsewhere.

Flavia Coelho is one of the most visible faces of the Brazilian diaspora, also known for her collaborations with artists such as Poirier, Gaël Faye or Pierre Perret. In “Cidade Perdida” she strays a bit away from her reggae inspired sound to dive deeply into 808’s and big trap snares and claps. However, her use of beautiful melodic lines and soothing sounds are still there, giving this trap song a fine balance between hip hop culture, big sound system electronics and world music that can connect with audiences worldwide.

Straight from London, this multicultural ensemble with strong Brazilian roots finds a delicious midpoint between the UK’s Tru Thoughts’ nu funk groove and Sergio Mendes’ bossa nova in their latest interpretation of Capoeira Mata Um. Additionally, this is one of the bands championed by the always tasteful Movimientos label, party and social projects crew – so don’t miss checking them out.