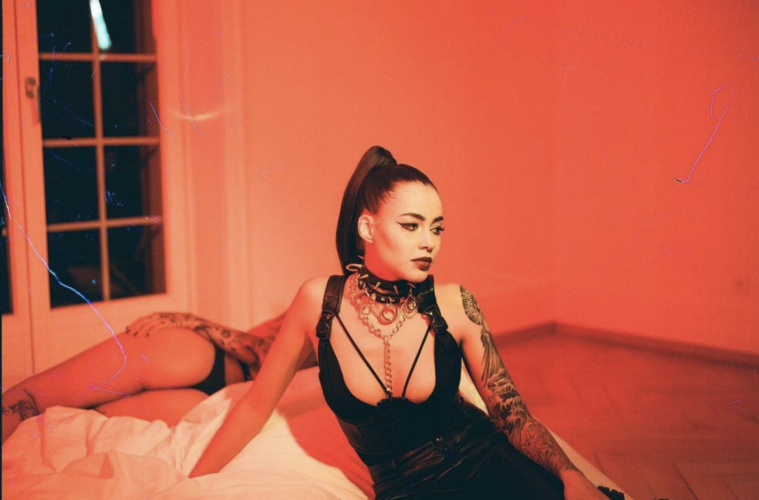 At last, one of our favorite months returns: Pride Month. A time to embrace our differences and celebrate equality, diversity, and acceptance. A time that reminds us of a purpose so powerful it has captured the world and set off a global transformative movement.

But when reflecting on the origins of Gay Pride, it’s scary to think about how many aspects of what people were fighting for back in 1969, are still very much present today. Police harassment and persecution, prejudiced laws, systematic discrimination – all of these continue to be daily realities for LGBTQ+ individuals around the world.

Although incredible progress has been made, it’s important to recognize the work that still needs to be done, and of course, the people who are courageously doing this great work. At a time when gay men generally land center stage, we’re shaking things up and shining the spotlight on some of Pride’s leading ladies.

Making her musical debut in 2018, the Swiss-born singer-songwriter Naomi Lareine has already become one of the country’s hottest artists with her sultry smooth R&B sound. After her first romantic relationship with a woman, she came out and has since been using her music to share her experiences, beginning with “Sweet Latina“. According to Naomi “when you’re in the spotlight, you shouldn’t just use it for yourself” which is why the singer also advocates for human rights, women’s rights, and social acceptance for all. She just dropped her latest single “Red Room”, which is a steamy tribute to her current love interest and the perfect addition to your Pride playlist.

Thao & The Get Down Stay Down

Led by Vietnamese American singer-songwriter Thao Nguyen, Thao & The Get Down Stay Down makes refreshingly different folk-funk-rock music full of juxtaposing sounds. Their latest album Temple fuses hip-hop and electronic beats with their signature style and is the first release after Thao’s official coming out. Lyrically the album explores many profound topics including Thao being the daughter of a Vietnamese refugee, a dedicated political activist, and courageously embracing her identity as a queer woman. “I’m nervous, but hopeful that in belonging to myself, I can still belong to my family, and my Vietnamese community. I believe that shame has made my work more general when I’ve always wanted to be specific. This record is about me finally being specific.”

Since her 2011 breakthrough, the critically acclaimed acoustic soul artist Shishani has been a trailblazer for the LGBTQ community in Namibia and beyond. In a country where being gay is illegal, Shishani’s work with the country’s leading LGBTQ+ advocacy group OutRight Namibia and use of her musical platform to advocate for freedom and equality, is a true act of bravery. She supports other women through various musical projects including, Miss Catharsis, Namibian Tales and Shakuar, spanning everything from soul to traditional Namibian music to electronica. She’s been compared to the likes of political icons Tracy Chapman, Bob Marley, and Nneka which seems fitting, as according to the songstress, “to make a statement, you have to be strong.”

The bisexual daughter of Indian Sikh refugees with a hypnotic R&B sound, Ravenna Aurora is anything but your typical brown girl. Like a Maharani from a past life, Raveena effortlessly blends the old with the new – tablas and sitars mixed with drum kits and synths – to create the most alluring of sounds. But it’s her velvety vocals that are her most powerful weapon, creating a dialogue within the South Asian community surrounding the acceptance of different genders and sexualities. Since her 2018 single “Temptation” she has become known for her sensual portrayals of queer romance and sexuality, carving out a much-needed platform for LGBTQ+ brown women in the music industry.

The multi-instrumentalist and multi-talented Francisca Straube is one of Chile’s most beloved female musicians. Her eclectic style has landed her spots in a number of bands, including as the lead singer in the alt-rock trio Miss Garrison, plunging her into the national spotlight. As her musical curiosity grew, Francisca launched her ultimate sonic experiment – Rubio – where she mixes pop, hip-hop, electronic, ambient, and traditional sounds. Her admirable ability to unabashedly express her truest self through her art has not only made her a prominent role model in Chile’s LGBTQ+ community (without even trying) but has made her a permanent fixture in the country’s musical and visual arts landscape.