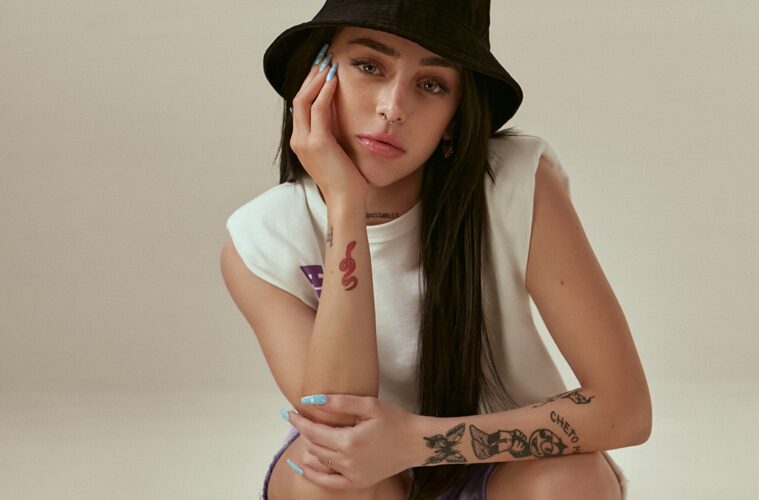 “Our next guest is an Argentinean superstar who’s making her U.S. TV debut…” These words – spoken by Jimmy Fallon a month ago on his famous television show – must still resonate in Nicki Nicole’s head. It’s clear, that time it was not an everyday thing: she was making history by becoming the first Argentine artist to appear on The Tonight Show. And it also set a precedent in Latin pop music – the female trap scene is definitely here to stay.

Of course, we cannot fail to quote Nathy Peluso, who has already earned several compliments here at Tigre Sounds, and whose impact seems to be renewed every year. But this time we want to write down other names that have also been sounding strongly and breaking new ground.

How can we not start with Nicki Nicole, who at just 20 years old already made her mark on Jimmy Fallon’s late night show? “I’m dreaming, don’t wake me up,” she posted on her social media shortly after performing two songs: “Wapo Traketero” (single released in 2019, as part of her first album, Recuerdos) and “No Toque Mi Naik” ft. Lunay (first single off her next record).

Nicole Cucco was born in Rosario, one of the main cities in Santa Fe, Argentina. She started with freestyle rap at a very young age, until in mid-2019 when a collaboration of hers with producer Bizarrap went viral (Nicki Nicole BZRP Music Sessions # 13 already has more than 145 million views on YouTube). She has since added awards and nominations, and expanded her teamwork – from Dread Mar-I reggae vibe to No Te Va Gustar rock act. Nicki is no longer a local phenomenon: she has millions of followers and is one of the most listened to artists in the world on Spotify.

It all started as a game: in 2016, Alba Farelo – aka Bad Gyal – posted a Catalan version of Rihanna’s song “Work” on the web. A few months later, she debuted with Slow Wine Mixtape, a fluorescent blend of trap and dancehall, fueled by hits like “Fiebre” and “Mercadona”. In 2018, the Barcelona singer released Worldwide Angel, a second mixtape meant to introduce her to the global market.

The alias Cazzu derives from Julieta Cazzuchelli, a 27-year-old woman who already seems to have tried everything in music. Her journey, in fact, was pretty changeable: from her beginnings – when she was a child encouraged by her father to go upstairs to sing folklore on Jujuy platforms – until her arrival in the province of Buenos Aires – where she ventured into rock, cumbia and reggaeton projects.

One fine day, Cazzu finally decided to experiment with rap. And then there was no going back. By 2017, she already had her first mixtape, with collaborations from Klan and La Joaqui (a key female artist in the Argentine hip-hop scene), as well as having featured in Khea’s hit “Loca”. Many more productions followed since then: an album in 2019 (Error 93) and two EPs in 2020 (Bonus Trap and Una Niña Inútil), in addition to nonstop teamwork (including her magical time at the BZRP Music Sessions).

What can come out of a Spanish-French family of flamenco musicians and poets? Zoe Jeanneau Canto was born in Paris but lived in several European cities. However, it was in Spain that she reinvented herself as La Zowi, a trap singer who would later also become a model and actress. Her musical career began one day, back in 2013, when she started joking with a mini studio and recorded “Raxeta” (adaptation of the English word ratchet, used to refer to neighborhood girls who dress conspicuously).

“What attracts me to trap is the way of telling things, all very crude and provocative, constantly vacillating,” La Zowi told the newspaper El País, five years ago, when she broke into a scene traditionally populated by men. In late 2018, she released her first mixtape, Ama de Casa (“Housewife”), followed by Elite in 2020. The third one, La Reina del Sur, is announced for 2022.

This selection wouldn’t be complete without Tokischa Altagracia Peralta. This rapper from the Dominican Republic is recognized for always going a little further with her lyrics, her style and her attitude. There are no limits when it comes to expressing what goes through her head, no matter how crazy it is. That’s why her friends have kindly nicknamed her “Trapterrestre”.

Everything changed when Tokischa was modelling for a photo shoot and met producer Raymi Paulus, who was fascinated by her voice and asked her to record some songs in his studio. “Pícala” marked her debut in 2018, along with a hallucinogenic video. Then many hits followed: “Perras Como Tú”, “Empatillada” and “Twerk” in 2019; “Varón”, “Desacato Escolar” and “El Rey de la Popola” in 2020; “Yo No Me Voy Acostar”, “Bellaca Putona” and “No Me Importa” in 2021.