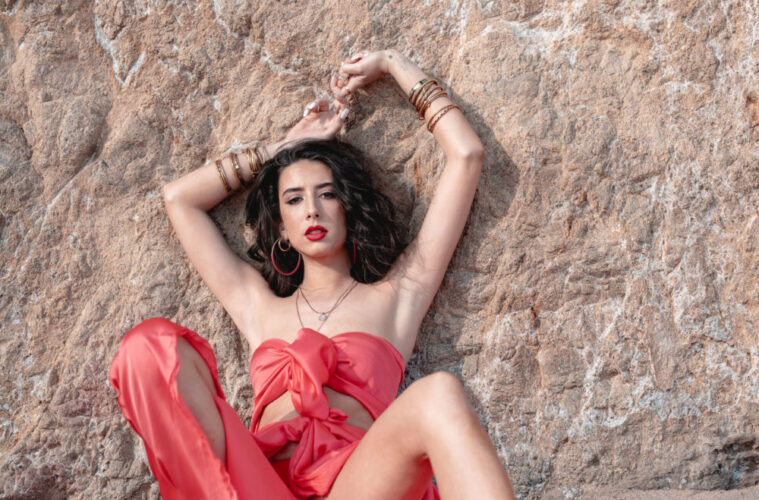 Something plays on repeat, over and over again, from the beaches of Miami to the great valley of Envigado, at some imaginary point between the ramblas of Montevideo and Barcelona, ​​passing through the Catalan village of Santa Eulàlia de Ronçana. What’s that? Great songs, gifted voices, special talents – here are 5 artists we can’t get out of our heads!

Just to be clear about the “Sauce”: Naïka not only brought it, made it and got it… She’s the sauce! It’s hard to stop listening to – and dancing to – the Miami-based singer’s infectious hit. We haven’t tried a recipe like this since Camila Cabello’s “Havana”. And it makes sense: her new single is a great mid-tempo pop mix with Caribbean beat and R&B sounds. The song will appear on ‎Lost in Paradïse, Pt. 2, the anticipated second half of her debut EP, scheduled for later this year.

The talented Naïka Richard is the living example of a global artist. Not surprisingly, she defines herself as a citizen of the world (she has already lived on four different continents: Guadeloupe Island, Vanuatu Island, Kenya, Paris, South Africa and finally Miami). Of course, it’s neither just about traveling nor having a certain ease with languages – she speaks English, French, Haitian Creole and a little Spanish. If anything exalts her cross-border world, it’s her musical exploration.

From the fruitful lands of reggaeton in Antioquia, Colombia, HOMIE sets out to break some rules and kick the tag board. In his head there seems to be an incessant search for rhythms, melodies and raps. His lyrics go from singing to street flow, back and forth, always in pursuit of musical impact. Each of his singles prove it: from the romantic trap in “Perfecto Paralelo” to the catchy R&B in “Funky”, from rough urban ode in “Cementerio” to the salsa airs in “Pistola”.

This year, HOMIE upped the ante with “La Vida No Dura”, an amazing audio and video production, in collaboration with newest Colombian hip hop values Doble Porción. He also dusted off an old acoustic ballad (“Humo y Patineta”) and revalidated his votes as part of the new generation of Colombian reggaeton (“Acompañame”). HOMIE’s a serious thing: it wasn’t for nothing that he appeared in the documentary A New Medellin and was blessed by his paisa J Balvin.

For several years, Javier Cardellino was listed as an increasingly sought-after producer, gifted with the capacity of adapting to the most dissimilar artists (from folk to trap, from electro rock to cumbia pop). He also stood out as a prominent drummer, and lived in New York for three years. In 2018, he definitely made a click when he began to put production on the back burner to pursue his solo career. “Calma”, “Cursi” and “Like a Madafaka” stood out as his first singles.

In 2020, Cardellino covered a large part of his repertoire on an acoustic album, Volando sin Capa, whose more stripped-down production revealed his huge musicality. Since then, the harvest of Uruguayan singer-songwriter hasn’t stopped. The singles that he’s teasing out of his upcoming album Tiramisú are promising, whether it’s just with a nylon-string guitar (“Papel Glacé”), a piano (“Como un Blues”), or by displaying his multi-instrumental talents (the live session of “Dalí”).

If you’ve already browsed through Cardellino’s electroacoustic performances, you’ve probably noticed the presence of that wonderful female voice on the song “Coltrane”. She’s Carlota Urdiales, the Spanish-Argentine singer who gained attention with her single “UVE” late last year. Just that touch of R&B was enough to thrill us: her voice is sensual, intense, a bit raspy, and like any good soul musician–passionate. At the same time, she’s really young and has a lot of flow.

A few months before “UVE”, Carlota had already shown her magical voice in “Fe”, a song made in collaboration with Escandaloso Xpósito, Sholo Truth and High Gambino. This first musical adventure allowed her to venture as a singer and begin to unveil her story, her unique world, that mix of Catalan and Argentine families, of hip hop culture and day-to-day flow.

Girl bands are definitely on the rise in Spain. Of course, not all of them are related: rather they differ a lot. Unlike the retro indie vibe of Hinds (from Madrid) or the riot grrrl spirit of MOURN (from Barcelona), The Crab Apples goes straight to the bone: pop rock songs, as catchy and effective as those that conquered the classic FMs. Their story began more than a decade ago, when three girls decided to join forces in the courtyard of a school in a small town in Catalonia.

In 2014, The Crab Apples debuted with the album Right Here, followed by 2016’s Hello Stranger (EP), 2018’s A Drastic Mistake, and 2019’s More Mistakes (EP). This year they released Crap, an accomplished record that definitely proves the evolution of the band, with the guiding figure of producer Víctor Valiente and the expansion of languages ​​(more songs in Spanish).