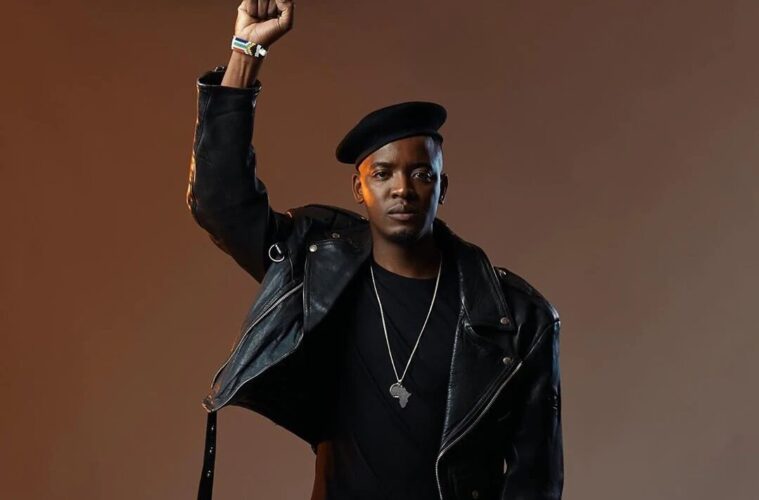 5 Musicians Bringing Africa To The World

If you aren’t already, there’s no better time to become acquainted with the most musically significant continent on the planet – Africa – affectionately known for being the birthplace of rhythm. Although there have been a number of African “cross-over” artists who have found success in the mainstream US music space, what about the musicians who have stayed on the continent? Those who are further carving out the music scenes within their countries, creating new genres and redefining what it means to be an African artist.

With so much incredible music coming from the continent every day, it would be a real tragedy not to know about it, so we’ve compiled five of our current favourite African musicians for your listening pleasure.

With his critically acclaimed debut album, Africa to The World, the South African songwriter, DJ and producer delivered a true musical masterpiece and has been lighting up the world ever since. Sun-El Musician’s music salutes traditional sounds and his love of futuristic electronics, illustrating the enduring profundity of African rhythms in the present musical landscape.

His passion for supporting up-and-coming South African talent led to the formation of his label El-World, making him a leader in the Afro-House movement and one of the most beloved creators in his country. His latest album, To the World & Beyond, builds on his first, featuring various African vocalists who share empowering messages of hope, liberation, and equality. It’s been followed by his latest collaboration “You Need Me” with one of Africa’s most famous DJs, Black Coffee.

Nairobi born and raised; Chris Kaiga is drawing the world’s attention to Kenya’s burgeoning music scene with his energetic artistic vision. Since his musical debut in 2011, the rapper has started his own studio, Up N’ Up Creatives, and conceived a new musical genre with his producer – Debe – a mixture of Sheng, uptown beats, and conceptual videos.

Get a taste with “Next”, “Konkodo” and “Zimenice” – upbeat Swahili jams spritzed with English verses, attesting to his diverse musical style. In January, Chris released a short film to promote his highly anticipated upcoming EP, The Adventures of Chris Kaiga, which is a beautiful exploration of what music means to him. “We aim to lead the way in expressing music. Raw and unfiltered. Music That Moves is a showcase of what music means to me. What does music mean to you?”

We first discovered the multi-instrumentalist, producer, singer and songwriter hailing from Lagos, Nigeria, thanks to German production duo, Ancient Astronauts’ song “Pagliacci’s Reprise”. Joyce Olong’s sultry vocals and thoughtful lyrics captivated us immediately. Growing up with everything from Gregorian chants, to Arabic music, to a multitude of Nigerian and African genres, Hip-Hop and Reggae earned a special place in her heart and went on to form the basis of her songwriting style.

From her first EP Merci Beauté (OMG “Sister Sister”) to her latest single “Outta Town” from her upcoming debut album, Silhouettes, Joyce is not afraid to explore the harsh realities in life, reminding us of the many things we have to be grateful for and to listen to each other without prejudice.

The Ghanaian musician and painter known as Worlasi got his first taste for music from sampling songs he heard on the radio whenever he felt beats were unfinished or needed polishing. Paying little attention to what his peers are doing in the music space, Worlasi has always focused on making exactly the kind of music he wants to make.

His sound is indeed a unique concoction of Soul and Hip-Hop with an African touch, led by his vocal prowess which he demonstrates by effortlessly switching between singing and rapping in English, Ewe, Fante, Ga and Pidgin. His latest release “Fkn Guy” is a catchy confession to being a “fucking guy” and lyrically hashes out whether to be or not to be a fuckboi.

Being credited for helping to unify Africans across the continent and worldwide with her music, the Zimbabwean songstress known as Sha Sha is just getting warmed up. Her debut EP Blossom and latest release Woza gives a nod to Amapiano style sounds, notably her cover of Moloko’s iconic song “Sing It Back” and her original slow jam “Tender Love”, which have become hits across the continent.

She received international praise with her 2020 BET Award for Best New International Act, which she largely attributes to her supportive fanbase in South Africa and Zimbabwe. But what does the young artist want most? “I just wish there would be more people that believe in Africans.”