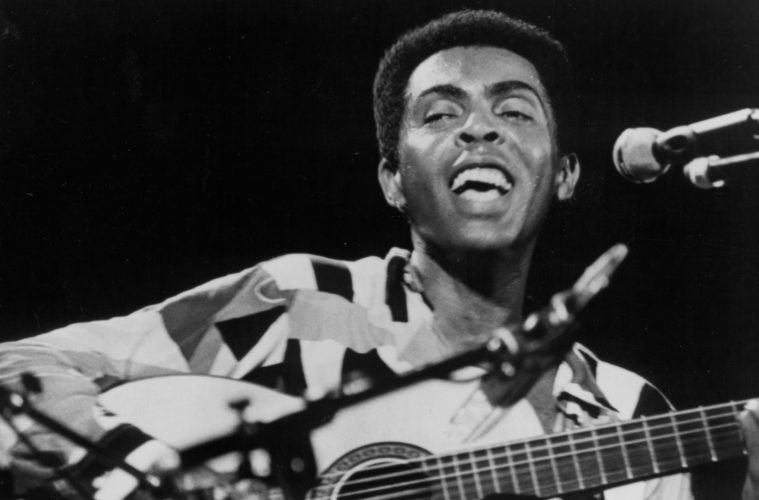 7 OG Brazilian Artists You Have to Know

Bossa nova, tropicalia, samba, and even rock: Brazil’s profound musical traditions have inspired smiles all over the world. Meet the revolutionary artists pioneering these musical genres and inspiring countless others to add their rhythms to these iconic sounds.

A leading figure of Brazil’s Tropicalia movement alongside comparable legend Gilberto Gil, Caetano Veloso’s playful, sensual rhythms have rendered him a Brazilian hero and a pillar of its iconic Tropicalia sound the world over. In the 1960s, as he and his collaborators were developing a new style of pop music that fused psychedelic rock and musique concrete with socially charged lyrics, they began to draw ire from the Brazilian dictatorship at the time. Never one to back down, Veloso continued to develop Tropicalia and would lead its movement well into the 1970s. Today, Veloso is equally as vocal, and his music just as influential as it was in the 1960s.

Upbeat, energetic, and as colorful as the culture from whence it emerged, Jorge Ben Jor’s fusion of bossa nova, samba, and rhythm and blues and soul was a driving force within the Tropicalia movement. As the movement progressed, Jor began to infuse more Afro-Brazilian history and culture into the music, moving away from otherwise European influences so prevalent in Brazilian music of the time. Iconic songs, like Mas Que Nada! Ring loudly in our imaginations and transport us to an idyllic Brazilian coast.

Growing up in the favelas of Rio de Janeiro, Seu Jorge is hailed for his empathic lyrics and his stature as an icon to millions struggling within the city’s slums. Emerging first in a Wes Anderson film as a guitar-playing member of a sea expedition crew, Seu Jorge is a relative newcomer to Brazil’s musical hall of fame, releasing his first album in 2001. Nonetheless, his soulful sound – marked by soothing guitar riffs and powerful lyrics that consider his underprivileged upbringing – have quickly become iconic in Brazil and beyond.

Reminiscent of the angsty sound of American 90s rock, Brazil’s Los Hermanos are Latin America’s answer to the new-wave rock that dominated airwaves at the turn of the millennium. Comprised of Marcelo Camelo, Rodrigo Amarante, Patrick Laplan, Rodrigo Barba, and Bruno Metuna, Los Hermanos exploded after the release of Anna Julia – an anthem for lovesick boys all over Brazil – in 1999. As the band matured, so did their sound – albums released over the course of a decade showcase their signature rock sound infused with the emotive, sensual sounds that emerged globally in rock music during the early 2000s.

A key architect of Brazil’s iconic bossa nova sound, Luiz Bonfa emerged in the 1940 as one of Brazil’s most important guitarists. His contributions as a composer, performer and ambassador of Brazilian bossa nova are immeasurable and yet often overlooked. Traveling to New York in the late 1950s, Bonfa nearly single-handedly imported this new wave of Brazilian music to the United States, where he found himself at home with jazz musicians pioneering equally revolutionary sounds. Frequent collaborators like Stan Getz and Oscar Castro Neves cemented bossa nova as a natural partner for jazz, and the airy, wholly pleasant sound that strums from their collaboration is sexy and carefree.

If “The Girl from Ipanema” or “Bim-Bom” rings firmly in your ears whenever you think of Brazilian culture, you can thank Joao Gilberto for that. Another pioneer of bossa nova, Gilberto drew on African-influenced samba played at a much softer and sweeter volume. His early work quickly began to infiltrate Brazilian bars and cafés during a moment of economic revolution in the country. At the time, Rio de Janeiro was ground zero for Brazil’s cultural revolution, and Joao Gilberto was at its center.

In the late 1960s Gilberto Gil was at the center of Brazil’s raging Tropicalia movement alongside his friend and collaborator Caetano Veloso. The political dictatorship also affected Gil, who briefly fled alongside Veloso after the Tropicalia movement was deemed a dangerous cultural phenomena by the government. Once they deemed safe to return in the 1970s, however, the Tropicalia movement had sputtered out. Though the movement itself wasn’t as strong, Gil would continue to make music for decades to come. His latest single release, Refavela, out in 2019, is a variation of Gil’s iconic sound.