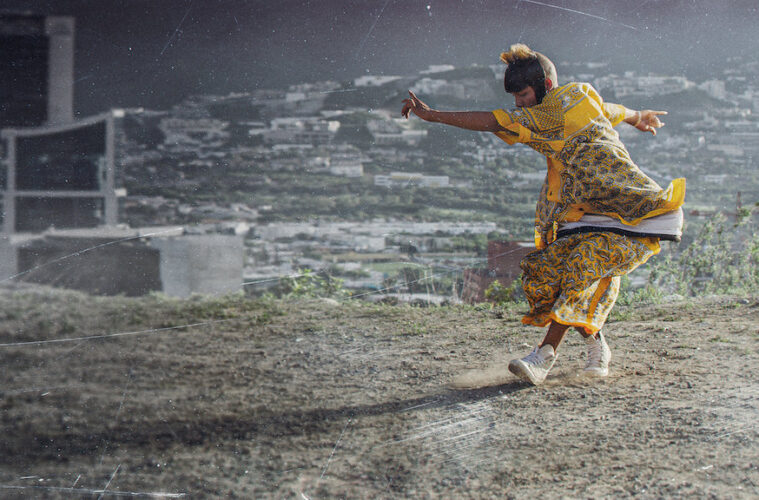 Get Your Shazam Ready: Five of Our Favourite Latin American Movie Soundtracks

We’ve all done it. We’ve all watched a movie where certain scenes (or perhaps the whole film) commands our complete attention. Eyes glued to the screen. Ears attentively listening. Hands grabbing the couch cushions. Because the story, cinematography and music are so cohesive and complementary that they have taken on a life of their own, making the movie so real and so believable that you actually feel you are part of it. Upon returning to reality, you re-wind to certain scenes and eagerly watch the credits because you want to see who is responsible for such a masterpiece – and especially – to find the names of the songs that appeared throughout the film on the soundtracks.

As one of our favorite means of discovering new music, cinema offers endless inspiration and an express ticket into unknown universes we would otherwise never get a chance to explore. Like the ultimate co-pilot, music in film facilitates the atmosphere, texture and emotion of each scene, guiding the story closer to its final destination. Whether custom scored or pre-recorded songs are placed, it’s universally known that the music selection can make or break a movie.

To share some inspiration in these strange times, we’ve compiled a list of five of our favorite Latin American films for which the music definitely helped make them what they are: some of the golden pearls of Latin cinema.

The 1985 classic directed by Cuban animation director and comic artist Juan Padrón, is an incredibly amusing example of a screenplay that is inextricably linked to its musical component. An adult cartoon in its truest form, Vampiros en La Habana takes place in 1930’s Havana where trumpet-playing protagonist Joseph Amadeus von Dracula is the unknowing subject of his uncle’s experiments to develop a formula that will allow vampires to live in the sunlight. With his trumpet constantly in tow, Joseph has such tremendous musical finesse that when he plays his trumpet, he can arouse his female listeners to the point that his music literally dances their clothes right off their bodies.

Entirely custom scored, the music ranges from full length Latin jazz ensembles to solo jazzy transition cues that seamlessly connect sounds to the storyline, making the musical aspect of the film as fascinating as the animation itself. Given Joseph’s trumpet playing nature, Padrón hired the crème de la crème of Cuban trumpet players to compose the films musical score, with Arturo Sandoval as the mastermind behind the numerous titillating trumpet performances. A timeless classic in every sense, the film is an exceptional reminder of why Cuba will always be home to some of the greatest musicians of all time.

Ya No Estoy Aqui

If you’re not already a fan of Cumbia, you certainly will be after watching Fernando Frías de la Parra’s latest film Ya No Estoy Aqui. The film invites viewers inside one of Mexico’s most fascinating countercultures – Monterrey’s Kolombianos, now known as Cholombianos – and their far-out style, eccentric dance moves and deep love for Colombian culture, especially the music. The film follows the life of 17-year old Kolombiano, Ulises, and his offbeat lifestyle centered around listening and dancing to Cumbia, a genre that originated in Colombia and became popular among Monterrey’s working class starting in the 1960s. The film switches between Ulises’ experiences in Mexico and the United States, highlighting the challenges of being an immigrant and trying to fit into a culture so vastly different from his own.

The film features a particular style of Cumbia, known as Cumbia Rebajada which is a slowed down version that captured the heart of the movie’s protagonist, with Ulises explaining “if it’s slower it lasts longer. I believe when it’s slower you feel it more.” Whether you are familiar with Cumbia or not, Ya No Estoy Aqui will give you a musical education, introducing songs from the Kings of Cumbia Lisandro Meza and Andres Landero, Colombian accordion legend Alfredo Gutierrez as well as highlighting local Cumbia aficionados La Tropa Vallenata and Grupo Cañaveral De Humberto Pabón.

If the plethora of awards and nominations Roma received didn’t make you watch it when it was originally released in 2018, now is your time to discover it. The film follows the life of a live-in housekeeper for a middle-class family, as a semi-autobiographical take on celebrated Mexican director Alfonso Cuarón’s upbringing in the Colonia Roma neighborhood in Mexico City. The profoundly emotional and raw screenplay paired with exceptional direction and cinematography made Cuarón the first Latin American director to win the Oscar for Best Director.

Among a slew of other awards and nominations, the film was also recognized for its outstanding music supervision, accurately recreating the music and mood of Mexico City in the 1970s. With the majority of the music coming from the living room record player or the car radio, music supervisor Lynn Fainchtein spent three years meticulously researching what different Mexican radio stations were playing during the time periods depicted in Roma to make the musical aspect as authentic as possible. With 38 musical pieces in the film, ranging from pop icon Juan Gabriel, to Spanish songstress Rocío Dúrcal, to rock sensation La Revolución de Emiliano Zapata, watching the film is a beautiful and compelling exploration of the most beloved music in Mexico during the 1970s.

Otherwise known as “City of God”, the movie is named after the poverty-stricken favela in Rio de Janeiro that forms the setting where this captivating story takes place and has become one of the most important pieces of contemporary Brazilian cinema. Based on Paulo Lins’ novel that was inspired by true events, the film is narrated by Rocket, a promising young photographer who captures the daily struggles of life in the favelas amidst growing organized crime between the late 1960s and early 1980s. Co-directed by Brazilian directors Kátia Lund and Fernando Meirelles, authenticity was paramount to their artistic vision, using real-life favela residents as actors and meticulously selecting songs that accurately reflected music that was popular in Rio’s favelas at the time.

Among the many elements the film was praised for, its adept musical soundtrack was one of them. Leading the musical charge were esteemed Brazilian composers Antônio Pinto and Ed Côrtes who engaged a fleet of other Brazilian musicians, including famed Seu Jorge, to create the custom scores that appear throughout the film. Recorded music placements played an equally important role in creating the sonic landscape and featured songs from Brazilian musical legends Tim Maia, Milton Nascimento, Cartola, and Raul Seixas, along with other famous musicians who were popular in Brazil at the time including James Brown,  Jimmy “Bo” Horne, Carl Douglas, and Manu Dibango. Juxtaposing musical choices was a common theme, where stark scenes of violence were paired with upbeat feel-good hits emphasizing to viewers that widespread violence is an unfortunate reality of daily life in the favelas.

Widely regarded as the touchstone of Latin new wave cinema, the debut film of renowned Mexican director Alejandro González Iñárritu quickly garnered international acclaim and a cult following, receiving multiple academy awards and nominations. Amores Perros tells the stories of three separate individuals from different social classes – a teenager in the slums who gets involved in dogfighting; a model who seriously injures her leg; and a mysterious hitman – each connected to one another by a car accident in Mexico City. Its intense and heart-wrenching subject matter exploring humans’ darker tendencies such as violence against humans and animals, discrimination and disloyalty made it the perfect canvas for a killer soundtrack.