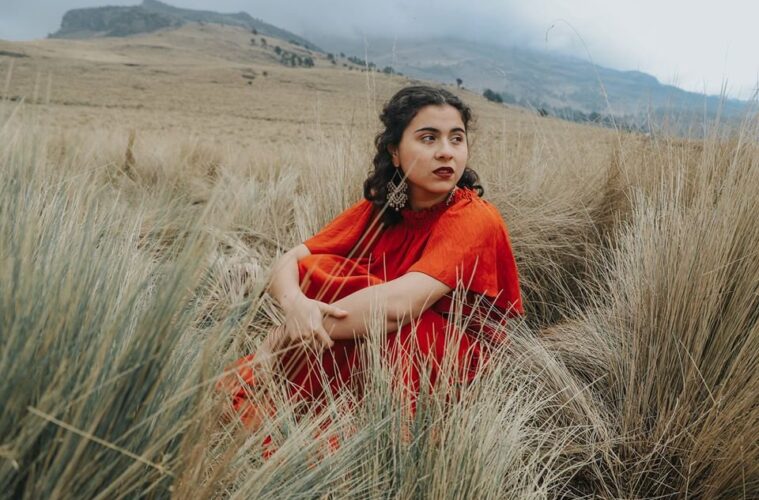 Silvana Estrada’s heartbreaking rendition of CHVRCHES’ pop-driven track “Forever” proves that the artist has a talent for turning just about anything into a gut-wrenching anthem of lost love. Translating the lyrics into her native Spanish and then applying a simple acoustic melody – while creating stunning visuals for an official music video – Estrada created a sentimentality that was undetectable in the pop group’s original rendition.

“The song was so different to the type of music that I usually make that I viewed making my own version of it as a challenge,” she says. “I thought to myself, if I can take it from that extreme to my own, then I’d really have something to be proud of. Fortunately, once I sat down to translate the lyrics, I realized I had a lot to work with if I paid attention to some specific words, and I was able to bring to life a song that talks about loss and regret in a way that’s quite poetic.”

A careful listen of the 23-year old indie songstress’s discography reveals a woman who rejects the conventional narrative of traditional Latin ballads and sticks firmly to a penchant for prose and simple musical compositions. Citing poets like Roberto Juarroz and Idea Vilariño as influences, Estrada takes a historical tradition of singing about heartbreak from a place of self-awareness and reflection.

“I grew up with a lot of musical references who would sing about love in ways like, “I loved you but you gave me nothing in return,” she says. “I just don’t identify with that level of violence. I think heartbreak and loss is something inevitable but also personal, free from blame or complaints, without too much conflict.”

With a vote of confidence from Glassnote Records – Estrada is the first Latin artist to be signed by the indie label known for launching the careers of musicians like Phoenix, Childish Gambino and Mumford & Sons – Estrada is currently gearing up for her first major album release, Marchita. Heavy on Estrada’s soulful vocals and the melody of her preferred instrument, the Venezuelan cuatro, Marchita features many of Estrada’s better known tracks alongside new music.

“The songs are super honest and simple, and really stand alone on voice and cuatro,” she says. “I’m starting to work more with guitar and piano as well, which takes the music to a less visceral place.” With stirring lyrics and heartrending compositions, Estrada is definitely one to watch.