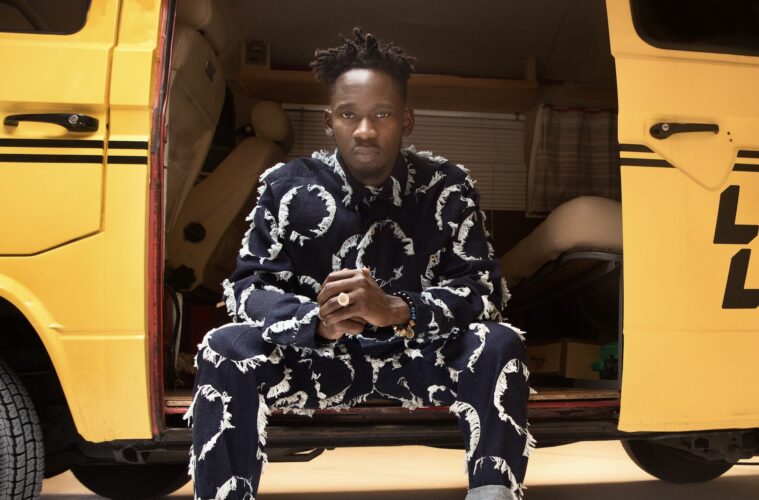 How Nigeria is Leading the World in Music

“Now you have records on the radio you can recognize. When you ask, ‘Where does this record come from?’ ‘Oh, that’s a Nigerian record.’ And then you’re like, ‘What, Nigeria? You’re making records there?’ And then you see there’s an enormous scene that’s taking over the world.” These words, spoken by Diplo in the documentary Chasing the Sound: Major Lazer, are enough to give a foretaste of the creative boiling that overflows in the West African country.

Last year, popular uprisings against the government in Nigeria made headlines again. The flourishing pop crusade headed by Burna Boy and Wizkid also gave a lot to talk about, and it continues to do so. It’s a new musical explosion, at the opposite end of a stagnant and questioned political system, some of which is acutely reflected in Chasing the Sound. There, Major Lazer embarks on a cultural journey through the past and present, from the Afrobeat of the 70s – a revolutionary movement led by Fela Kuti – to the Afrobeats of the last decade – a new definition that added an “s” to spot those sounds that merge in these global times.

For almost everyone, this is a new musical scene. But for the central characters who have been working on the ground, it’s nothing new. “To be honest, I think the world is kind of late (…). It’s only, like, finally saying, ‘Oh, wow, look at what’s going on there,’ because it’s been happening for over 10 years”, clarifies Mr. Eazi, who had a significant input in the short film. “Well, Nigeria is like a cocktail on its own, and you can see that in the music. If you’re just talking about myself or Wizkid or Burna Boy or Davido, you’re just talking about pop stars, like, you haven’t even scratched the surface.”

Chasing the Sound is part of Major Lazer’s interest in documenting their travels around the world (they had already done so on their historic visit to Cuba). It also works to complement Africa is the Future, an extensive music video that compiles new collaborations from the trio founded by Diplo (“All My Life” with Burna Boy, “Tied Up” with Mr. Eazi, “Loyal” with Kizz Daniel). It should be noted that this African adventure also includes Ghana, a neighboring country with which Nigeria always maintained a musical dialogue and a deep kinship. Diplo claims that there’s something beyond the 45-minute flight between Lagos and Accra, their respective cultural capitals: “There’s always a conversation with Ghana and Nigeria about music.”

Here’s an introduction to a possible first division of current Nigerian pop: Burna Boy, Wizkid, Davido, Mr. Eazy and Teni. These five artists are barely in their 30s. Of course, there are more talents around, such as Yemi Alade, Tekno Miles and Kizz Daniel. And there’s already a younger generation waiting to give the next shakeup and that you can start checking out: Rema, Fireboy DML, Tems, Joeboy and Odunsi (The Engine).

It’s fair to start directly with the first celeb in the global expansion of the new Nigerian pop. Ayodeji Balogun, known as Wizkid, is probably the most decorated Afropop artist of the modern era. After the release of his second album, Ayo (2014), a visionary Drake wanted to be part of the remix of one of its songs. Later, the famous rapper returned the invitation by involving Wizkid in his most successful single: “One Dance”. Beyoncé also included him in her project The Lion King: The Gift. His fourth album, Made in Lagos, came out late last year.

Damini Ogulu, aka Burna Boy, studied and began his career in London. So his expedition into the global market has been easier, although he has always made sure to not stray too far from home. The pressure from title of “musical ambassador of Nigeria today” doesn’t seem to weigh on him one bit. For most, the turning point in his career was African Giant (2019), but it was with Twice as Tall (2020) that he finally won the award for Best World Music Album at the last GRAMMY Awards. Curious fact: he’s the grandson of a former Fela Kuti manager.

David Adedeji Adeleke was born in Atlanta, Georgia, and attended an upper class school in Lagos. His musical career began in 2011, after dropping out of his university studies in the US and relocating to England. Shortly after, he returned to Nigeria to study again and try to make his mark on the local scene. He also began working with American artists like Tinashe, Rae Sremmurd and Young Thug to expand production value. As a result of these collaborations, he achieved one of his greatest hits: “Blow My Mind” (ft. Chris Brown). A Better Time, released in late 2020, is his third and most recent album.

It’s not by chance that Mr. Eazi was one of Coachella’s biggest attractions in 2019, or that J Balvin has called him to start a round trip of collaborations. Not to mention his work with Major Lazer, who cannot stop praising him: “People could understand Nigeria through an artist like this.” Mr. Eazi – whose real name is Oluwatosin Ajibade – is considered the pioneer of Banku, a fusion sound combining old Ghanaian and Nigerian folk music with newer Afrobeats. His mixtapes reveal his cultural pilgrimage: from Accra to Lagos, from Lagos to London.

Magic arises every time Teniola Apata sings. And that amazes everyone who hears that sound, even Major Lazer, who didn’t hesitate to give her enough prominence on Chasing the Sound: “I believe music came from Africa… Just like the Yoruba people. We have songs for war, songs for marriage, songs for birth and songs for burial… We make music for everything!” Teni began her career in 2016 and since then she has become a powerful female voice that speaks on everything – from her status as a woman, to the social reality of her country. Her forthcoming album, WONDALAND, is ready for this year.