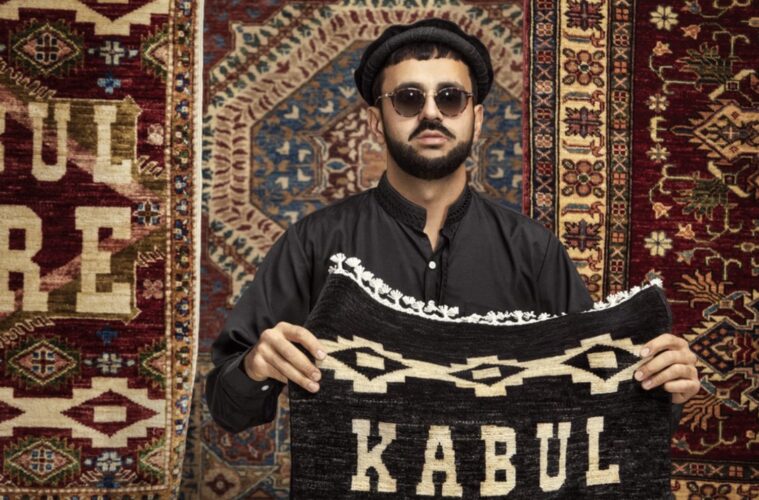 Beats from the East: 5 Artists You Need to Hear

As one of the first cultural hubs of the world, the mythical lands of the Eastern hemisphere have fascinated and intrigued humans since the dawn of time. Whether it be philosophy, art, literature or music, the diverse and rich traditions conceived in this part of the planet have withstood the test of time and influenced much of the world as we know it today. But thanks to (or should we say no thanks to) Western imperialism, a divide has been drawn between the so-called “East” and the “West”. Lumping all the trailblazing creators from this region into a miscellaneous category, making them that much harder to discover. So, although this is only the tip of the iceberg, here are five of our favorite Eastern musical exports to start you on your journey.

Kabul’s own beat-maker supreme has garnered international acclaim with his hard-hitting hip-hop beats thoroughly spiced with vintage Afghani samples and instrumentation (Ahmad Zahir and Sarban, anyone?). Forced to flee his native Afghanistan when he was young, and eventually resettling in Hamburg, Germany, Farhot uses music as the vessel to reconnect with and remember his country, educating listeners along the way. Getting his start through collaborations with Nigerian singer Nneka, and later launching his own label – Kabul Fire – his music is an exploration of the rich soundscapes and sonic textures of Afghanistan underscored with contemporary hip-hop, effectively weaving together two distinct cultures in the catchiest of ways.

Psychedelic funk rock with a Turkish twist is what Altın Gün does best. It’s a style they have mastered within their attempt to revive the country’s iconic sounds from the 70s. Starting out as a touring cover band hoping to share the magic of traditional Turkish music, their sound has gone beyond what any of the sextet could’ve expected. All three of their albums have received critical acclaim, with their second album Gece earning a Grammy-nomination and their latest album Yol being one of our favorite albums of 2021. Drawing on the rich and diverse traditions of Anatolian and Turkish folk music spritzed with some modern flair, their music is a true cultural celebration offering Turkish music like you’ve never heard before.

Armed with her darling guitar and energetic spirit, Ninet Tayeb has quickly become one of Israel’s most famous and beloved stars. Getting her start by winning Israel’s equivalent to American Idol – Kochav Nolad – Ninet quickly found her footing, and released her debut album Barefoot shortly after, which went platinum in 24-hours. Inspired by some of her musical idols – Dave Grohl and Jack White – Ninet taught herself how to play guitar, which has since become an inextricable part of her musical style. With songs in both English and Hebrew, Ninet has proved her philosophical depth and savvy in both languages, along her reputation as one of Israel’s own real-life guitar hero’s.

Take the literary prowess of Bob Dylan, inject it with the retro edge of the Talking Heads, add a Chinese twist and voila, you’ve got one of China’s coolest bands, Hiperson. The five-piece indie rock band from Chengdu has been on a roll ever since releasing their debut album No Need for Another History, collecting admirers across the globe from Beijing to Berlin. Their latest album Bildungsroman is a coming-of-age masterpiece using post punk sounds and poetic lyrics to narrate their experience of self-discovery and growth while creating space for listeners to write their own stories. Touching on everything from consumerism to indulgence to ambition, their crisp sound and powerful lyrics can’t help but bring us back to the golden age of rock’n’roll.

Often hailed as India’s biggest cultural & musical export, Raghu Dixit’s unique brand of infectious, happy music transcends age, genre, and even language. Born in Mysore and raised in Bangalore, Raghu wasn’t allowed to listen to Western music or play guitar until a bet with a friend provoked him to learn, hooking him immediately. For Raghu, his native India, its people, colors, fragrances, food and languages, influences and shapes his music the most. Through his creation of The Raghu Dixit Project, he pays tribute to Indian traditions by mixing ancient Kannada poetry with modern melodies, giving his music a contemporary yet global sound and illustrating a stellar example of modern India.