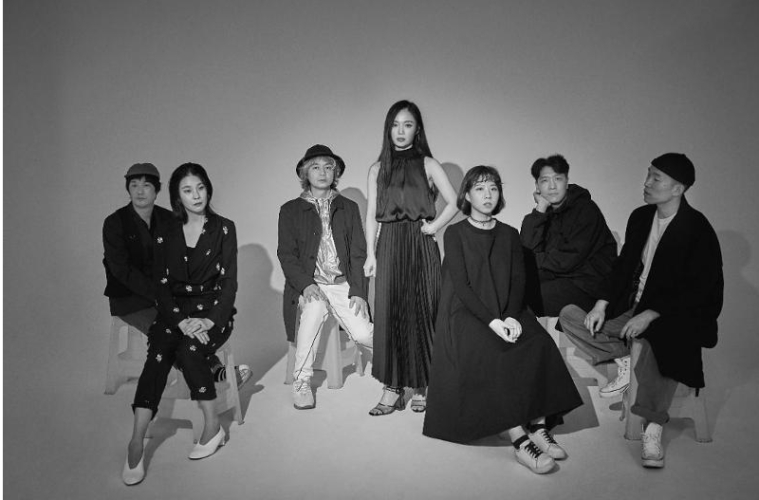 K-pop is revolutionizing the entire music industry, leading a wave that places Korea in the eye of a great cultural movement. This movement takes place not only in music, but also in movies, series, gastronomy, fashion and cosmetics. The phenomenon of idol groups – which sparks a fandom that we haven’t experienced since Beatlemania – has become so big that it’s challenging to trace a Korean music scene outside of it. Yet, it’s not impossible.

There isn’t a better band today that artistically brings together and restores Korean cultural traditions. They were summoned by the Korean Tourism Organization to put music to the promotional videos of “Feel the Rhythm of Korea” – an online campaign that invites visitors to get to know various tourist spots in South Korea. Within their music, there’s a clear indie imprint, sometimes more pop and sometimes more rock. There’s also a hint of sonic pansori – a traditional Korean musical genre, almost theatrical, based on the storytelling of singing.

Leenalchi is a new group, formed in 2019 under the conceptual tutelage of Jang Young-gyu. This musician was part of SsingSsing and has a recognized career in the field of soundtracks. Jang plays bass, as part of a rather flashy line-up, which includes a second bassist (Jeong Jung-yeop), a drummer (Lee Chul-hee), and four singers specializing in pansori (Lee Na-rae, Kwon Song-hee, Shin Yu-jin and Ahn Yi-ho). Last year they released their debut album titled Sugungga. Their single “Tiger is Coming” was recently re-released as an NFT.

Kathy Yaeji Lee was born in Queens, New York. Her family definitely, originating from South Korea, raised her trying to preserve their heritage. In fact, when she was 9-years old, they returned to Korea for her to complete her basic education. After high school, she came back to the US to pursue a college degree, oriented towards visual arts in Pittsburgh. It was there that she started DJing at parties, learning to use software sequencers to produce her first songs. From there, she moved to Brooklyn, diving into the local music scene.

Yaeji’s recording debut came in 2017 with a self-titled EP, followed that same year with EP2. It was a clever play using the beats of trap and house music. This second EP became her cover letter. It was listed as one of the best new releases, according to Pitchfork and the BBC. The EP was also the reason she received many invitations to collaborate with artists like Charli XCX and Robyn, perform at major festivals such as Coachella and Sónar, as well as to sign with a larger indie label, XL Recordings. Her first album is called What We Drew, with lyrics in English and Korean. Other words to describe her newest work of art is a minimalist, sometimes experimental, approach to electronic music. Yaeji combines perfection and eagerness for exploration, reflecting her cultural mix and roots.

In 2015, with just a year of history, the band gained mainstream popularity after participating in the famous Korean TV show, Infinite Challenge. While some websites believe that this quartet is just another K-pop band, we believe they lean into the frontiers of indie rock. The singer and guitarist, Oh Hyuk, along with his teammates, Lim Hyun-jae (lead guitar), Im Dong-gun (bass) and Lee In-woo (drums), were all born in ’93 and share the same musical concerns.

Hyukoh started with two EPs – 20 and 22, released between 2015 and 2015 – and then, in 2017, they completed their debut album 23. Later, they continued with another EP, titled 24, in 2018. All titles are numbers, documenting how old they were when they made those records. Their latest release, an EP from last year,  is titled Through Love. Oh Hyuk, who has a solo career in parallel, is trilingual and writes lyrics in Korean, Chinese and English. Of course, the goal is the same: a treasure of musical emotions that combine alluring melodies and deep sonic textures.

Idiotape’s musical journey is clearly retro-futuristic. They make avant-garde electronic music, with analog sound and rock influences. Its members are Dguru (producer and deejay), Zeze (synth) and DR (drums). Since their start of playing together in 2010, they have released three albums and two EPs. Their synth-driven beats and electrifying performances quickly earned them comparisons to Daft Punk, Chromeo and Cut Copy. Sure, the trio shares a lot with these groups, but their musical background also includes local legends from the ‘60s and ‘70s, such as Shin Jung-hyeon – otherwise known as Korea’s “godfather of rock”.

Idiotape early attracted attention on the local scene, with their debut 11111101 winning “Best Dance & Electronic Album” at the 2012 Korean Music Awards. They also had their international debut as the opening act for Phoenix and Fatboy Slim. They’ve toured North America and Europe, including dates at festivals like Glastonbury and SXSW. “Korean music has recently been gaining publicity in America. I think it’s a great opportunity. I hope other Korean bands would take this chance to reach the world,” said DR during an interview for K-Sound.

You never get to describe someone like Yamagata Tweakster with a couple of phrases and video links. To know him fully, you’d have to see him live. You’d have to see him in action, not just on stage, but anywhere. The street is his battlefield, making it the one place where everyone can truly hear him. Yamagata is a Korean independent solo artist with a revolutionary spirit, using daily life as a performance, electronic music as a vehicle, choreography as an embodied protest, slogans as an artistic fact, and clothing as a social hallmark.

On his Bandcamp page, Yamagata has already uploaded 5 albums released in the last six years. On the site, he briefly introduces himself: “From Seoul with proletarian beat.” Yet, as fun and as colorful as he looks on your screen, the idea of ​​assimilating him is never complete. This street performer, born in Daegu in 1974, is an artist like the old ones: those who make art an experience. That’s why he usually moves or ends his shows outside of the clubs. Yamagata in and of himself is an artistic statement, and it’s a show we’d recommend never to miss.