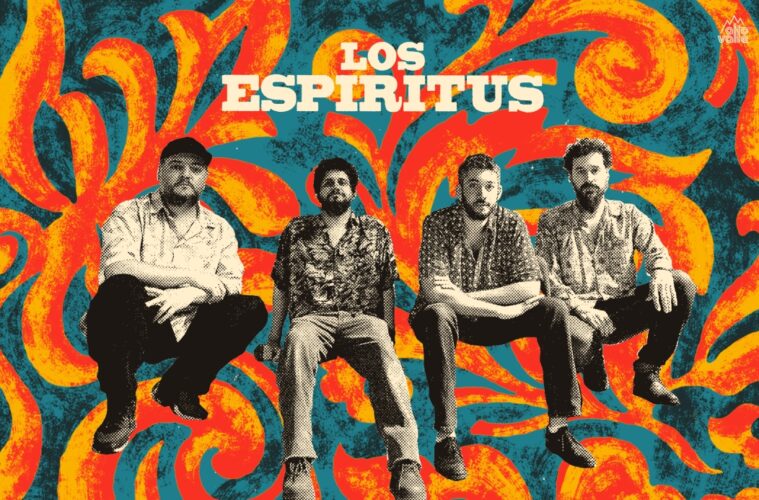 There are notes in blues music that sway like ghosts, and there are 12-bar blues patterns that repeat until they possess you. While blues isn’t intended to be a religious cult, the origins of blues is closely related to spiritual traditions. Los Espíritus is one of the most interesting bands to come out of Argentina in the last decade. Recently, they released Días de Blues; the fourth chapter of a series of recordings entitled Sancocho Estéreo. It’s undoubtedly an ode that honors their love for the music.

There’s a psychic, mystical connection between the blues and Buenos Aires. Much like the mist that fed Tango, the blues embody a nostalgia that historically surrounds the urban space. It all started in 1968 when Manal appeared on the scene. Manal is considered the first – and for some, the best – Spanish blues group in the world. It was a trio that lasted just three years, long enough to go down in history and lay a legacy. Shortly after, in 1970, the blues vibe was picked up by guitarist Pappo (Pappo’s Blues, Aeroblus), and several decades after by the 90s rocker, Carca. He wrote many of his songs as elegies to those early 70s bands, and now he joins Los Espíritus for the swampy song “Mugre”.

It’s no coincidence that another song in which Carca gets involved is “Jeremías Pies de Plomo” – a psychedelic jewel cover, originally created by Vox Dei. Just like Manal, this band was a pillar in the foundation of Argentine rock at the end of the 60s.

The four EPs of the Sancocho Estéreo series are linked by having different announcers who present the songs, as a fantasy radio broadcast. The first chapter, Canciones por Correo, was recorded in their homes in 2020 at the dawn of the pandemic. Months later, another two chapters came out: Los Buenos Tiempos and La Antillana.

It wouldn’t be wise to limit Los Espíritus to one musical genre, even if that genre is the blues. We think the perfect description of the band comes from singer Maxi Prietto:  “It was a somewhat unconscious group process: we formed as a band without knowing what we were getting into. We just knew that we were interested in mixing different percussive rhythms and blues.” The quote comes from shortly after finishing their self-titled debut album in 2013.

In 2015, Los Espíritus released their second album titled Gratitud. Daringly, they transformed the punk rock piece, “Pelea Callejera” by the local band 2 Minutos, into an old blues song. The album was recorded in just four days, with the band playing live.

Agua Ardiente, the third album, was released in 2017. Outlined as their greatest record, Los Espíritus‘ fusions sounded better than ever. Added into the album were melodic references from mid-60s beat bands, such as Los Gatos and Los Shakers. A year later, two original members decided to leave the band. The current line-up is completed with Pipe Correa on drums, Martín Ferbat on bass and Miguel Mactas on guitar. “There’s a lot of mix in the sound of Los Espíritus. Some members played in Yataians, a reggae and rocksteady band. Besides, Pipe is Colombian and has a very particular touch; it has a lot of salsa, bolero and other Latin rhythms in the blood. We ride on that and it makes us go somewhere new musically”, said Maxi.

In 2019, they released Caldero, with the remarkable collaboration of Tuareg guitarist, Omara Bombino Moctar. These eight songs were recorded between tours in studios in various cities around the world, such as Berlin, Madrid, Havana and Bogotá. Los Espíritus is a rhythmic and danceable odyssey of mantric, psychedelic and groovy blues. Enjoy!