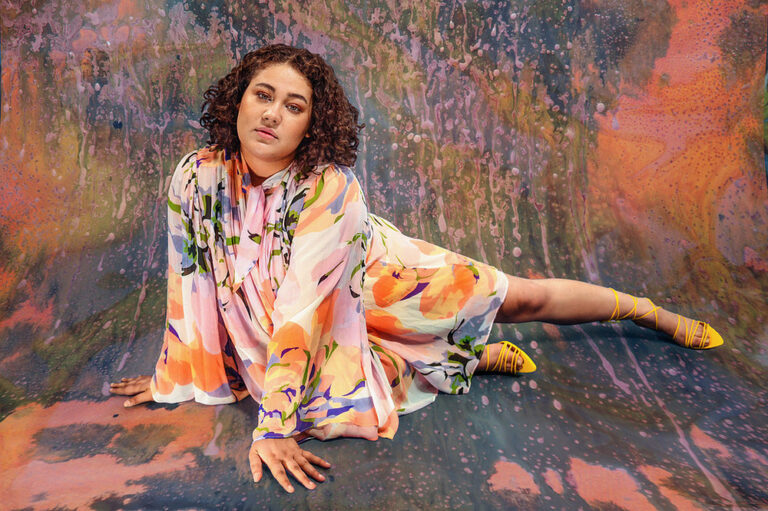 There’s always something musically striking that points our antennas towards Australia. We aren’t talking about vintage classics like INXS, nor are we talking about the mind-blowing experiences we had during a Tame Impala show. In fact, we’re not even talking about Tash Sultana, the girl who seems to exude musical notes all over her body, and performs as a one-person touring machine. If we’re not talking about those artists, then who are we talking about? Here are four other Aussie artists worth mentioning, as they start to impress us more and more.

Born to a British father, an indigenous South African mother, and having migrated to Sydney from the UK as a baby, Odette is a clear representation of the cultural mix that flags the new Australian pop scene. Born in 1997 as Georgia Odette Sallybanks, this singer-songwriter debuted at a very early age with her fist album, To a Stranger. This pristine production, released in mid-2018, is fueled by soul music and poetry. The album’s stellar reception led to two nominations at the ARIA Music Awards during that same year.

Her second album, Herald, was released in February this year. With expectations high, especially for her advance singles “Feverbreak” and “Dwell,” she didn’t disappoint. She showed us that sometimes good things evolve from difficult places.  “This record was written during a time of big change in my life. At first, I thought it was to process interpersonal turbulences but after some time I realized it was to address the parts of myself that I had deeply repressed. It’s a love letter to accountability and an open acknowledgment of the parts of me I didn’t want to look at,” Odette told NME.

Voices and sensibilities like June Jones don’t come up often. In fact, since Anohni, we haven’t come across a singer like this. This prolific artist released her second album, Leafcutter, earlier this year. She publicly described the work as “a self-produced collection of nine songs exploring hope and desire from within disassociation, dystopia, and dysphoria.” Of course, these lyrical moods have a lot to do with June seeing herself as “a deeply emotional trans woman, a lesbian with ADHD.”

If you already know her 2019 debut album, Diana, then chances are you already have a good feel for June’s music. However, there’s another interesting chapter from June’s musical past under the name of Two Steps on the Water. This self-proclaimed “emotion punk” band was part of her history from 2014 to 2018. The band was an opportunity for the singer-songwriter to polish her sound, explore hints of pop, and to continue expressing her raw emotional weight within her songs.

“The album is like if Prince was a rapper in 2020, and also a member of Talking Heads.”  These words are enough for Kofi Owusu-Ansah – known by his stage name Genesis Owusu – to briefly describe his long-awaited debut album, Smiling with No Teeth, which was released in March earlier this year. Born in Ghana and raised in Canberra, he became the torchbearer of cutting-edge Australian hip-hop. In fact, he won four trophies at the latest edition of the ARIA Music Awards (including “Album of the Year” and “Best Hip Hop Release”).

Genesis acquired his alias from his older brother Kojo, also a rapper, who performs as Citizen Kay. In fact, it was on his brother’s song “Family Ties” from 2015 that he made his first appearance. His true solo debut came in 2017 with the EP, Cardrive. Songs like “Sideways” include lyrics in the Ghanaian dialect, Twi. Last year he surprised us and raised expectations with “Don’t Need You”, a remarkable advance single with the first hints of an explosive sonic formula based on neo-soul and futuristic groove.

The history of the Teskey Brothers begins as its name suggests: two brothers, Josh and Sam, both guitarists and great devotees of classic rock, blues, and soul. The band was formed in 2008, but only began to experience success in 2017, when they released their debut album Half Mile Harvest. For their second and final album, 2019’s Run Home Slow, things got even more serious as their popularity grew. They won three of the seven awards they were nominated for at the ARIA Music Awards (including “Best Group”).

The Teskey Brothers specialize in the art of recording analog instruments, as true devotees of blues and root music. That practice added to their great performance, and ultimately ended up making them an incredible group to watch on stage – so much so that they’ve already have two live records (2020’s Live at the Forum and 2021’s Live at Hamer Hall). This year, they released a cover of INXS’ “Never Tear Us Apart.”