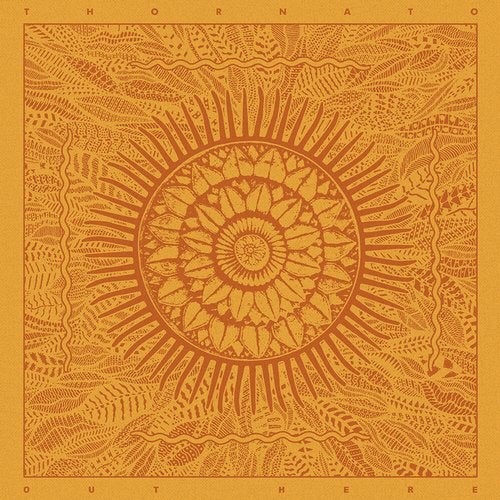 5 Recent Releases We’re Most Excited About

It is a crazy time to be alive, we can all agree on that. Fires are burning, a global pandemic is roaring, millions of people are out of work, and much of the artistic and musical community that keeps our world colorful and vibrant is hurting. There are several silver linings, but one in particular is that while all of this unrest and new found time has taken our musicians off the stage, it has created a space for them to create. It’s been eight months since the beginning of the pandemic and we are beginning to hear the musical fruits through great releases. Here’s a diverse selection of new music we’re particularly psyched about.

If the deep jungles of the Yucatan seem like somewhere you’d rather be right now, close your eyes tight and turn up the volume because NYC-based producer Thornato’s Out Here might just take you right there. In Thornato’s typical style, he fuses global sounds with a driving and hypnotic bass, this time creating a mysticism that has us aching to travel. This is just one single off of his forthcoming album, Escape Plan, due out November 6th on beloved indie label Wonderwheel Recordings.

Straight out of Zurich, Switzerland, the two brothers behind the instrumental group Okvsho have been cooking up a beautiful mix of sophisticated jazz and  hip hop beats.  On this album, they explore working with live instrumentation and guest vocals, like our favorite bossa nova influenced track, “Descobrir” featuring Sreya. It’s the perfect album to play through from start to finish, perhaps with a glass of wine and of course, with good company!

Ikebe Shakedown is a NYC gem. With a horn section that will make you drool, they combine 70s soul with psychedelic grooves and funky melodies (are you drooling yet?). Their newest track, “Adonai”, feels like a chase scene straight out of an old-school Batman and Robin video, using groovy 70s surf-pop funky guitar riffs and a rhythm section that brings us back to memories of better times.

Dominican producer Mediopicky does it all. He produces, writes, raps, sings – he probably cooks a mean meat, too! Mastering all these skills is increasingly common for an independent musician, who often are pushed to learn the whole suite of production skills out of necessity, as was the case for Mediopicky who began producing commercial jingles back in 2012 before he decided to dedicate himself to making his own music. In a sea of Dominican dembow music and reggaeton, Mediopicky stands out to us for the sophistication of his tracks, which really set them apart from the rest. His productions range  from upbeat dembow (for all your perreo needs), to more delicate and pensive songs like “Michelin”. Promising to put out a new track every month, follow Mediopicky on your favorite streaming platform to hear the newest tracks!

In a chaotic and stressful world, sometimes we need music that can help our busy minds reset and unwind, and there is great power in music that accomplishes that difficult task. Using gentle arpeggios and organic instrumentation, tastefully accentuated by a downbeat electronic groove, Barrio Lindo’s newest single “Pasacaballos” is truly a pleasure to sink into. He is also co-founder of Shika Shika Collective, a record label “without owners for music without borders” which focuses on bringing together producers from around the globe who explore the line between organic and electronic music.