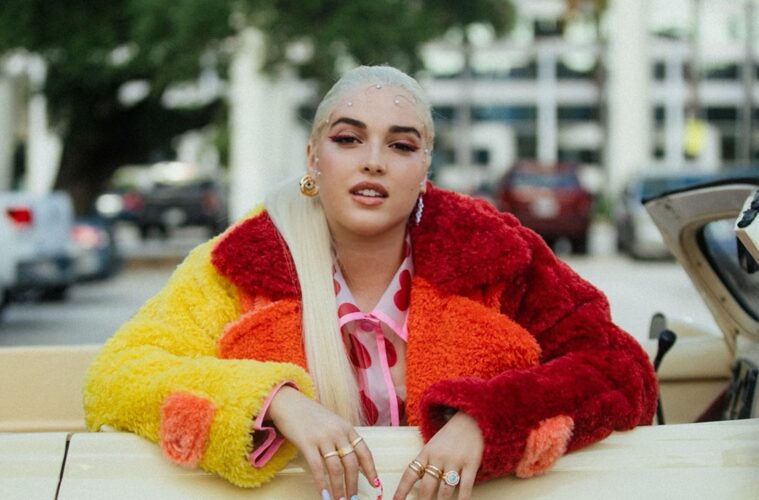 New Kids on the Block: Emerging LatinX Artists to Watch

There are few better feelings in the world than the novelty and excitement that comes with discovering new music that you love. In this vast digital age, opportunities for discovery are plentiful – so plentiful that trying to navigate everything can seem to be the most daunting of tasks. But rest assured, thankfully there are artists all over the world breaking onto the scene with exciting new music, providing infinite opportunities for us to discover all the hidden musical gems our hearts desire.

Given the sh*t show that has been the past year, our utmost thanks goes out to all the emerging artists around the globe who pushed through the challenges to share their art with us – and during a time when we all needed it the most. To show our gratitude, here are five of our favorite new Latinx kids on the block, with whom you’ll want to be sure to become acquainted with.

Born in Miami and raised between Venezuela and Puerto Rico, 26-year-old Andrea Elena Mangiamarchi aka Elena Rose has already made a splash in the international music scene with her debut singles released last year. Her childhood love for poetry as a means of channelling and expressing her emotions soon led her to experiment with singing and song-writing and eventually writing for artists such as Becky G, CNCO, and most recently, Selena Gomez’s first Spanish-language single in nearly a decade (“De Una Vez”).

Her first three singles fusing pop, hip-hop and R&B are as catchy as they are empowering, presenting herself as one of the Latin diaspora’s newest female forces to be reckoned with. In an interview with Billboard, Elena noted her responsibility for calling out male songwriters who write misogynistic lyrics, “What I do love is that now I can be in a room and be a voice for the women who can’t be in the room and say ‘honestly, we would hate to listen to that.’ It’s just being real.”

Hailing from the Colombian capital of Bogotá, the five-piece alternative indie pop band Piel Camaleón has built a name for themselves through their funky-pop sound and vibrantly eccentric personalities. It’s close to impossible to box their music into a specific genre, with each song falling into a different part of the musical spectrum spanning rock, electronic, synth-pop, funk – proving they are true musical chameleons, as their name suggests.

With their second album PONG, released in October 2020, the band further defines their musical identity and showcases their artistic growth and increased appetite for experimentation in other genres since their debut album, Astropófago, which has a more indie-rock focus. Their latest single “Acapulco” has us daydreaming for the warm summer to come…hopefully on a beach, cocktail in hand, watching the sunset.

Mexican singer, songwriter, producer and multi-instrumentalist, originally from the iconic city of Tijuana, México, Vanessa Zamora takes her listeners on a journey on the roads less travelled, showcasing a unique take on pop music mixed with psychedelia and a touch of vintage garage rock. Taking her first music lessons at the tender age of 8-years-old, Vanessa quickly mastered multiple instruments including piano, guitar, keyboard, and drums, leading to her unwavering love for music.

Using her internet savvy to kickstart her musical adventures – via cover videos she created and uploaded to YouTube and social media – she then made her foray into song writing, using her smooth voice to project her thoughtful lyrics based on her lived experiences. Her latest single “Dejarnos Ir” with Colombian Latin GRAMMY winner, Juan Pablo Vega, is a catchy reminder to let go of what’s holding us back and just go with the flow.

A musical passion project created by Colombian bassist, singer and song-writer Juanita Carvajal, Soy Emilia is an artistic vision that has been years in the making. Starting her musical career in 2010 as the bassist and back-up singer for popular Colombian singer Esteman, by 2017 she left to embark on her solo project and realize her own musical vision. “I took some time to get to know myself and the kind of music I liked. I took inspiration from artists like Ibeyi and Mitú and built a concept for my solo project Soy Emilia, taking a risk for the rest of my life.”

The inspiration for her debut album, Reconstrucción, came from powerful Latina musicians – Javiera Mena, Francisca Valenzuela and Elsa y Elmar – and expresses the mind of a strong woman, landing her a nomination for best new artist at the 2020 Latin GRAMMY’s. Her latest album, Hecho en Casa, builds upon this theme and features a number of up-and-coming Latin musicians including Lorena Blume, Pønce and Cohetes, showcasing her musical versatility and building upon her electro-Caribbean-inspired pop sound.

Fresher than a new batch of Alfajores straight out of the oven, the self-proclaimed “singer-songwriter, rapper, poet, lover of rap, Latin pop, neo-soul and music made with love” – Eldani – is just getting warmed up, and we feel lucky to have discovered his soulful pop sound this early on in his musical journey. Born in Chile and relocating to Germany at just 15-years-old, Eldani has made a point of remaining connected to his Latin roots, with all of his five singles to-date being sung in his native Spanish tongue.

While studying Latin American literature at university, he acquired the perfect foundation for his song-writing to flourish – drawing on neo-soul, hip-hop and singer-songwriter styles to explore themes of love, politics – and in his latest single “Vale La Pena Escuchar” – the importance of remaining hopeful through these turbulent times and knowing that all things (including the pandemic) must come to an end.