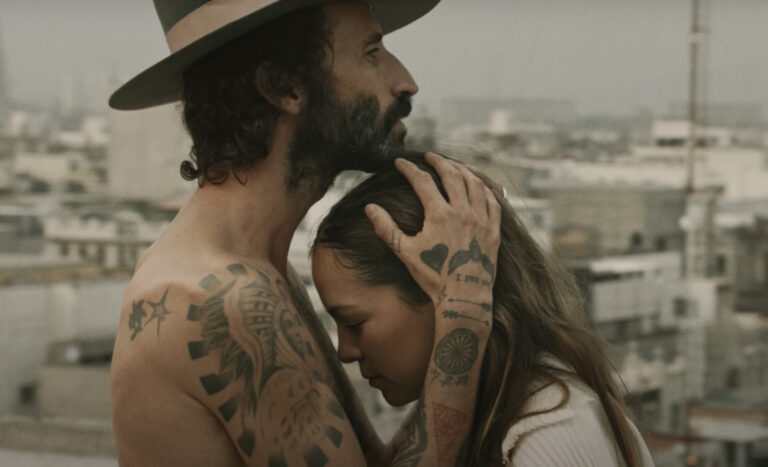 Some people rest at the end of the year, but these artists don’t. December unleashed some incredible new releases worth mentioning, even as we dip ourselves into the first weeks of the new year. From cumbia to ballads with retro sounds…we hope you enjoy these 2021 gems.

Nigeria continues to shake up the global scene, especially with this brand new collaboration from Burna Boy with his countryman, WizKid. The single “B. D’OR” was produced by P2J and was inspired by the Ballon d’Or, an annual soccer award presented by French magazine, France Football. This is one of the most prestigious trophies in the world of soccer, as the winner is considered the best soccer player in the world. Messi has won again, and that’s already quite inspiring for the new heirs of Afro-pop.

It’s almost a work of fate that this song connects the award-winning Argentine player’s name with such a Nigerian expression as penkelemesi (a Yorubanization of the phrase “peculiar mess”). It’s also the work of Burna Boy’s lyrics, of course. At this point, it’s worth clarifying that the word “mess”, as many know, translates into Spanish as lío (short for Lionel, Messi’s name). Some things are sung or rapped without much explanation, but the words magically align, just like the stars.

Formentera is an island that shares the festive spirit of its close sister, Ibiza, and it serves as the ideal setting for these two teenagers to remember a summer love affair. This is the first collaboration between Aitana and Nicki, and while it seems strange that these two singers from completely different countries would come together to create a song, they’re both top artists on the streaming platforms within their respective countries; one being Spain and the other being Argentina.

The Catalan Aitana Ocaña became known in 2017 after participating in the ninth edition of the musical reality contest, Operación Triunfo, where she obtained second place. She has released two albums, Spoiler (2019) and 11 Razones (2020), in addition to many singles that rocked the charts. But nothing compares to this catchy hit, which she described as “her best song” to date. As for her brand new partner from Buenos Aires, Nicki Nicole, we’ve spoken extensively here at Tigre Sounds about her incredible, short-term takeoff.

The strumming of an acoustic guitar draws the curtain. Behind, there’s a very subtle percussion, as if it were an old music box. String arrangements also appear. On a rooftop in Mexico City, Leiva and Natalia Lafourcade share more than a hug: their voices come together in this beautiful ballad, with perfect lyrics made of heartfelt scraps of a disengaged love. The song is called “Diazepam”, and it comes with the release of Cuando Te Muerdes El Labio, a new album in the solo career of the Spanish singer-songwriter, born José Miguel Conejo Torres, and also known for his past in the duo, Pereza.

Leiva’s new record came out earlier this month, but before that, he’d been giving us several previews of video clips. The tunes and titles change, but the concept is the same: love songs inspired by the everyday, and the magic of relationships, with the man from Madrid always sharing the leading roles with a female singer.

Abel Pintos arrives at the bar, greets discreetly, sits down, and shuffles the cards. At the table, he can savor the typical picada and vermouth in the afternoon. What he plays is called truco, a game as local as the Santa Fe cumbia of Los Palmeras. The popular Latin pop and folk singer made “Camina” one of those singles with its own path, though it’s actually part of his tenth studio album, El Amor en mi Vida, released earlier this year.

Pintos loves to blend his voice with very traditional artists. Without going any further, last year he was encouraged to perform “Y La Hice Llorar” together with the Mexican band, Los Ángeles Azules. Now, he embarks on an adventure with an exquisite collaboration with Los Palmeras, who are kings and legends of the festive rhythms of Northeastern Argentina. Currently they’re touring for their 50-year career. The result of such a combination couldn’t be better, when a simple afternoon ends up being a party that makes everyone want to dance.