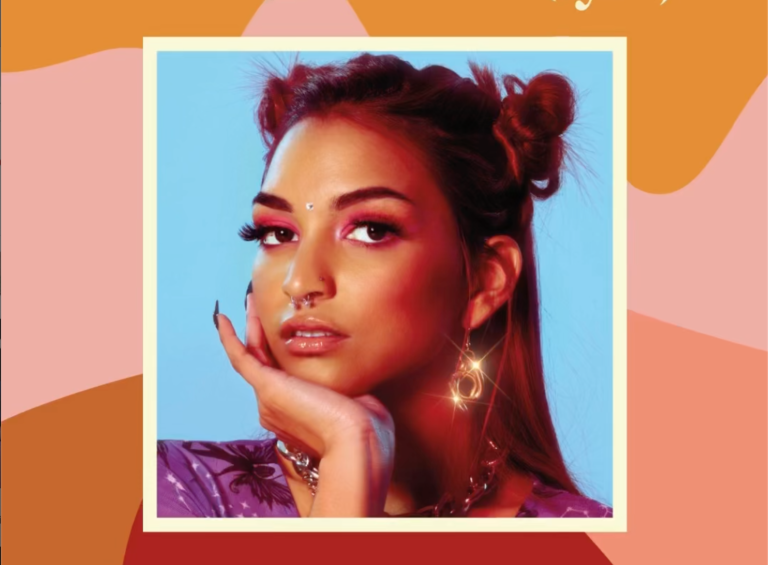 If you google Ambar Lucid, it’s probable that the first thing you’ll find is her guest appearance on season 4 of Netflix’ “Elite”, where she performs her song “Fantasmas” to an audience full of the main characters of the show. Seeing her in such a context might give you the impression that she exists within the same realm as Olivia Rodrigo or even Danna Paola (a past member of Elite). However, that’s not the case. Although she is, infact, Gen Z, her attitude towards her art has a strong indie character that brings her closer to the school of female Latin heroine, Mon Laferte, or the artist Jessie Reyez. Ambar’s unique and recognizable voice reminds us similarly of Jessie, though the two differ in their overall sounds. Her indie approach opens her vision to all kinds of eclectic influences that go well beyond current pop trends, and let’s her defy many of the expectations of what a Latin artist in the U.S. should sound like.

Ambar Lucid is an American singer / songwriter born to a Dominican mother and and Mexican father. At an early age, she knew she was meant to dedicate her life to music. She quit the last year of high school to pursue a career in L.A. After cutting her teeth uploading cover songs on Youtube, she produced an incredible debut LP called “Dreaming Lucid” which includes the instant classic “A letter to my younger self”. It’s a song that carries some of the same emotion found in the most iconic 2000’s indie folk anthems such as  Cocoon’s “Chupee” or Wild Child’s “Pillow Talk”.

After that debut, her music started to depart from ukulele styles, and instead began to embrace a psychedelic and progressive rock vibe that draws influence from artists such as Tame Impala and Pink Floyd, as well as several references to some 70’s Chicano sounds, such as Chicano Oldies, and Texas Soul. Ambar does sing in English, but she also sings beautifully in Spanish. She gives us a glimpse of this on her track “Universe” from her 2020 LP “Garden of Lucid”, which feels as if Chicano Batman did their own take on “Daffodils”. This track is also impressive because of the amazing use of her voice, going up and down in pitch and emotion as if it were four singers within the same song.

While psychedelia seems to be the current main influence permeating through all of her artistic persona, Ambar hasn’t stopped experimenting with a wide variety of sounds. This is why in her recently released album “Get Lost In The Music” she is able to print her signature style on the song “Lizard” as well as in the track that gives the album its name, which feels like an homage to the amazing “As We Enter” from Damien Marley and NAS. As you will see as you take a deep dive into her music, there’s a strong artistic personality transmitted through each song.

This is particularly evident in her latest release, a Spotify version in which she adjusts her song “Lizard” to a pop urbano beat. Even when she uses such a trendy template, her take is really unique to her, mixing the bedroom vibe of other dreamer artists such as Cuco and Omar Apollo, with an unapologetically singing stye that, when crossed over into Spanish, has that same feminine strength that is characteristic of Lido Pimienta.

With such a prolific output happening in the past three years and such a big evolution from album to album, we can’t help but be excited for anything new Ambar has to offer. That’s why we think you should put her on your music radar as soon as you close this tab. Enjoy.