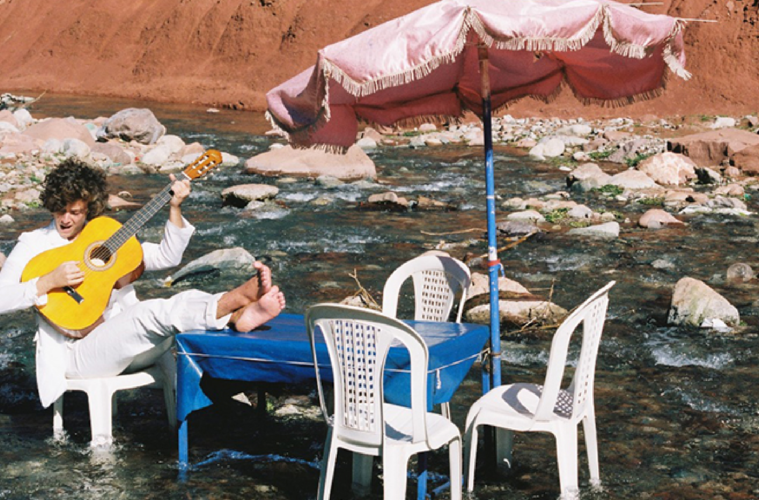 2022 has just begun and the music that’s being released is already one for the books. As the air changes, new sensations resound. It’s time to let ourselves be surprised and update our beloved playlists!

Not so long ago, Álvaro Lafuente Calvo was a teenager who recorded himself in his room at his parents’ house in Benicàssim with the microphone of a Playstation game. One of his first songs was “Guantanamera”, inspired by the summers that he spent in a small Aragonese town where his grandmother is from. Shortly after he released it in 2018, it garnered a surprisingly organic viral reception with millions of plays. It was the beginning of a string of singles that today amounts to 12.

“Vidalita del Mar” is such an intense and beautiful song that it doesn’t need more than a voice and a guitar. His singing, pure and emotional, has tessituras that, being so close, seem whispered. His guitar playing, with nylon strings, goes from arpeggiated to strummed, always with flamenco passion. Its video clip has a cinematographic aesthetic, with motorhomes, old airplanes, wandering spirits, and the sensation of a past that must be left behind. If you’re familiar with Pedro Almodóvar, then consider this a similar-feeling short film to the director’s work.

Summer love seems to last forever in Lanzarote, one of the Canary Islands, surrounded by a rocky landscape and the deep blue waves of the Mediterranean Sea. Kimberley Tell was born there, and from there, she sends a perfect postcard to introduce her new song “Dime,” a simple and effective pop gem, enhanced by the freshness of its melody and the smoothness of its easy-going beat.

The daughter of an English mother and a Danish father, Kim left Lanzarote to study art and take acting classes in Barcelona. “Dime” completes a new batch of singles with “No Hard Feelings”, “EMOJI” and “Venerándote”. It’s also another sign that the Canarian actress takes her musical career very seriously, and that there’s an evident evolution since her debut EP 135 of 2020. While she had successful performances in a few Spanish television series, she is now carving out a path where music is becoming what she’s most well-known known for.

The past year definitely kept Omar Apolonio Velasco quite busy. His song “Go Away” led him to perform on Jimmy Fallon’s, The Tonight Show. He upped the ante by releasing another single, “Bad Life”, this time featuring his friend, Kali Uchis. He also received two Latin Grammy Award nominations for his collaboration with C. Tangana. 2022 is proving to be a year off-to-the-right-start for the Mexican-American singer-songwriter.

Scheduled for early April, Omar Apollo’s second album is titled IVORY and promises to catapult him to bigger stages. He seems to prove this theory with his advanced song, “Invincible”, which includes a great featuring by Daniel Caesar. Those simple guitar chords are just the intimate preamble to a beautiful melody; a musical prayer that will come back again and again. Minimalist beats, small pulses and detailed arrangements will follow, like a changing sequence of R&B microclimates that always return to the same tune.

“What makes you feel sexy?” Raquel Sofía uncovers herself and encourages her followers to show their cards in the game of seduction. Everything is, of course, to promote her new single. Apparently, this is a song that has been in her songbook for a while. “They told me that if I wanted to be taken seriously as a singer-songwriter, I couldn’t be sexy. As if one thing eliminated the other. That’s why I didn’t take out ‘Mi Gatita’ when I wrote it. Now I know that women don’t have to go through that. We can be whatever we want. We can be ourselves,” she posted on Twitter.

Originally from Mayaguez, Puerto Rico, and with musical studies at the University of Miami, Raquel began to unfold her solo career in 2014, graced by an invitation to perform at Tiny Desk. A year later, her first recordings came out. In 2018 she released her second album 2:00 AM, letting her pop flirt with soul and jazz, with subsequent Grammy and Latin Grammy nominations. “Mi Gatita” is part of a new collection of songs that renew her great vocal talent and is well worth listening to (“Ciudad Sin Mar”, “Cortar” ft. Los Macorinos, “La Puerta”).

Let all the feelings pass, and use the dance floor as the perfect place to release. There’s nothing better to groove to than to this track by Twin Palms (Captain Planet and Raphael Futura), now in collaboration with the Dominican singer and rapper Jenn Morel. “Me Pasé” is an addictive groove bomb, fueled by the sources of dembow (a rhythm of Jamaican origin, with constant and repetitive forms, reminiscent of dancehall and faster than reggaeton).

“We hit it, right? We are Moombahton/ We continue, right? Mixing reggaeton.” That hook seems to be the key to this insatiable beat, especially if we consider that “Moombahton” is an electronic subgenre that arises from a blend of house music and reggaeton, including bouncy percussions, rave synths, and looping rap.

C. Tangana is a musician that never ceases to surprise us, and the same theme is continued with the new release of his song,  “La Culpa,” featuring Omar Montes, Canelita, and Daviles De Novelda. The single gives us insight into his album El Madrileño (La Sobremesa) which was also released today. The song, and seemingly the album, moves away from some of the more popular Latin genres, such as reggaeton, and moves into sounds that are honored in Spain. This isn’t surprising, given the native’s roots tied to the city of Madrid.

Like many musicians, his first encounters with music were family-oriented. They enjoyed the classic flamenco sounds, often jamming together within the household. Now, years later, the artist gears up to take on his latest tour (Sin Cantar ni Afinar Tour 22) happening just one day after this release. We’re excited to see what other gems are in this album, alongside the undoubtable success of his upcoming tour.