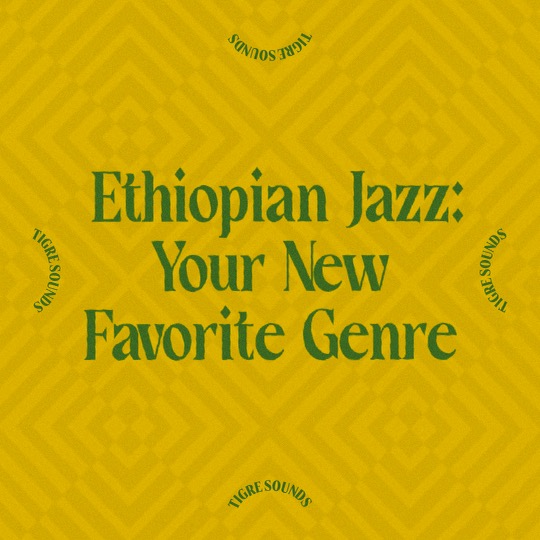 From the late 1950s through the 1970s there was so much boogie going on in the Ethiopian capital that the city earned the legendary nickname ‘Swinging Addis’. Addis Ababa was fertile ground for an artistic explosion, fueled by a handful of nightclubs. In regard to Ethiopian Jazz, there are two tales that tell the story of its origins and set the tone: one with forty orphans and one with a Berklee musician, and yet, both perfectly intertwined.

The King and Forty Orphans

First, in 1924, the then Prince of Ethiopia, Ras Tafari (yes, the Jamaican religion was named after him), visited Jerusalem. He stumbled upon a marching band of forty children in the streets. They were orphans displaced by the 1918 Armenian genocide. Tafari adopted the children and brought them back with him to Addis Ababa. In Addis, they formed the Royal Imperial Brass Band ‘Arba Lijoch’. Their director became Armenian refugee, Kevork Nalbandian.

Brass instruments were not always a part of Ethiopian culture. They first made an entrance into Ethiopia when King Menelik II was offered a few dozen brass instruments by a Russian Tsar. Nalbandian, the director of this band, fused the Western-style instruments with Ethiopian folk music in an American-style, big-band fashion. It was from this foundation that artists such as Mulatu Astatke, the second part of our story, took root from.

The person who birthed, named and performed Ethio Jazz was Mulatu Astatke. While Mulatu’s parents had dreams of their child pursuing aeronautical engineering, the artist had his sights set on something of a more expressive nature, enrolling into London’s Trinity School of Music. In London, he often heard Nigerian and Ghanaian peoples pushing for their music to be heard, which inspired him to dive into his own Ethiopian music roots. He also heard music from Caribbean and West African artists. Additionally, studying at Berklee with legends such as Hugh Masekela and Fela Kuti strengthened his relationship to American Jazz. Though Hugh and Fela each did their own thing, they were all working to put Africa into the modern concept of Jazz music. All of these elements combined gave way to the development of Ethio Jazz, and Mulatu is known as The Father.

In 1972, Mulatu recorded and released the album ‘Mulatu of Ethiopia’. The album became a landmark for African music and the first representation of Ethio Jazz. Ethio Jazz is described as the unique fusion of ancient Ethiopian music with Afro-funk, jazz, soul, and Latin rhythms. It oozes mesmeric, sensual, cool. Mulatu’s piece, “Yekermo Sew” (“A Man of Experience and Wisdom”) was featured in the 2005 film “Broken Flowers” , which allowed the song to be heard around the globe.

Emperor Haile Selassie, previously known as the Prince who adopted the Armenian Brass Band, was dethroned in 1974. A communist state was established in its place. Addis’ social life ended at 10PM and Ethio Jazz became censored. Its unique sound was shaped in relative isolation, between a rugged mass of mountains. While many musicians left Ethiopia during this time, Mulatu did not, though he did travel to share his music with the world. In 1991 Ethiopia became a democracy, and Ethio Jazz experienced its rebirth. Old recordings were released under the name ‘Éthiopiques’. Its 30th volume was release in 2017, and by the start of the new millennium, Ethio-jazz was known worldwide.

In the 70s, there were few places more lively to be than at the Hilton in Addis Ababa – a place of communion amongst celebrities, musicians, and notable political names. At the time, the performance list would have included the name of keyboardist Hailu Mergia and his group, Walias Band. Only a few years later, communism overtook Ethiopia. During this time, he and his band released their album Tezeta, which means Nostalgia. It’s a joyful set of music that, unfortunately, never saw much recognition due to the events of those years. In 1981, Mergia came to America, becoming a cab driver. Though he didn’t release any albums, he didn’t ever stop playing his keyboard. In 2018, the musician gifted us an album that won’t be forgotten. ‘Lala Belu‘ is full of jazz, funk, and piano solos. The song, ‘Yefikir Engurguro’, is explained by Mergia as follows: “Everybody has different kinds of love in their life. Friendship, your old life, love of your country. I wrote several years ago and wanted to give a version of it with lyrics to my friend Tilahun Gessesse. He passed away eight years ago before we were able to do that, so I have a memory of him whenever I hear it too.”

Gigi, otherwise known as Ejigayehu Shibabaw, has taken contemporary Ethiopian music worldwide. Her approach also includes the fusion of multiple genres, collaborating often with her husband Bill Laswell, who is a producer and a bassist. Born in 1974 in Ethiopia, she decided to pursue music at a very early age. However, Gigi was brought up by a traditional and religious family, and they questioned her desire to become a musician. Gigi, set on her passions, decided to run away from her country to Nairobi, Kenya at 19 years old. In 1993, she had her first concert in Nairobi. In 2003, she released the album, Gigi. Her story took her all over the world, from France to the West Coast of the United States.

Ethiopian Jazz has a multi-cultural mixture that makes it global in more ways than one. Its history is one of heart, and its music one of inclusivity. Pour yourself a drink and put on some tunes. Let the music shape your evening and have your own little dreamscape to Swinging Addis.