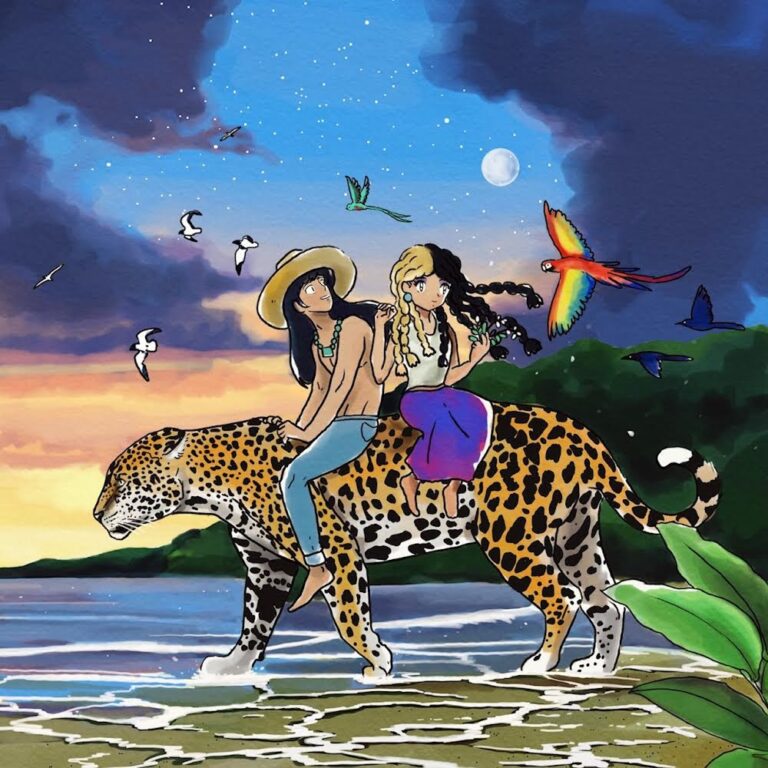 Xiuhtezcatl, pronounced shoe-tez-caht, but also known by the initial X, is a hip hop artist, as well as an American environmental activist. In X’s recent coming-of-age album “XI:XI,” this track, featuring bilingual artist Etsy, is the latest visual and it’s titled “Canela.” The album can be described as an introspective mosaic of songs cultivated over the last three years with Australian producer and longtime collaborator, Jaiia Cerff. “Canela” is produced by Jameson Yingling and directed by Matt Cowen.

X & Jaiia have a vast history together, starting their creative adventures together a decade ago, when they were just 12 and 14. While X has a history of hip hop, even being a part of a group called Voice Runners, he moves now in a direction that infuses both English and Spanish lyrics, drawing inspiration from classic Latin artists like Calle 13, and Manu Chao, to contemporary artists such as Nathy Peluso and Yendry. His quick, thought-provoking lyrics are influenced by his father’s Mexican roots and his mother’s environmental justice work.

X’s history, even at the age of 21, is vast. You may have heard his name from any of the following features, including Billboard, Lyrical Lemonade, Rolling Stone, HipHopdx, Pollstar, Forbes, and perhaps from collaborations with collaborated with recognized artists such as Raury, Willow Smith, and Jaden Smith. However, his talent goes beyond music, with ties to modeling, activism, and creative and musical direction for major brands such as Levi’s, Nike, and Tommy Jeans.

The release of “Canela” showcases X’s ability to blend genres, stories and worlds as an artist that cannot be put in a box. “This collaboration is something of a nostalgic anthem for the end of my youth. It’s an invitation to everybody, no matter who you are or where you’re from, to be a part of this next wave of my art.” says Xiuhtezcatl. Etsy goes on to say, “When X sent me “Canela” and I heard that opening intro…I had to jump on it haha it’s so grand, enticing and filled with passion.”

Esty, featured on the track, is a first-generation Domincan-American, bringing a high-vibe, roller-skate smile everywhere she goes. She tells Paper, “The people around me are like, why are you so happy? Or even through skate videos. People see that, and it’s infectious. I love being able to spread that.” Like X, she has a vast history behind her already, but her release last year titled “Mantequilla,” was her first Spanish-language single. Her music also carries themes of social justice, saying, “You want to do something about it and you want to stand up for people and you want to stand up for your family, for the right to be alive and to be in this country. You want fairness and you want justice.” Esty’s career has been an internal evolution and it’s a story many of us can relate to. Her words takes us on a journey of losing ourselves and then rediscovering ourselves again through self-reflection and time.

Both artists seem to share a desire for authentic self-expression in numerous forms outside of the realm of sound. While “Canela” is the first collaboration between the two, we’re excited to see if there’s more to come. The visual qualities of the video transport us to a feel-good place, and the talent of the two artists is radiant. We imagine this to be a song with windows down and the volume up. Enjoy.