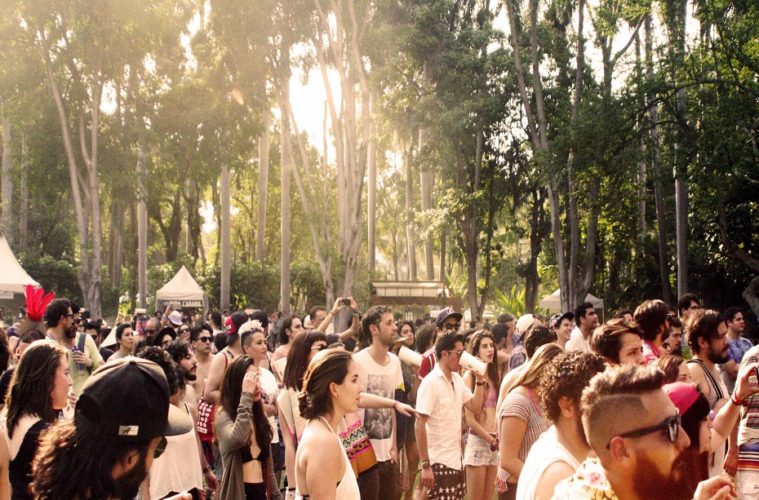 The Coolest Tropical Festivals We Can’t Wait to Return

Over the past several years, a global thirst has emerged for Latin America’s pulsing music and creative scene. That hunger has manifested itself with the arrival of a variety of festivals with Afro-Caribbean roots that get more colorful in each edition.

Tropical environments around the world are being nourished with Latin groove, and at Tigre we’ve selected four festivals that stand out thanks to their impressive musical curation, unique identity, and multi-sensorial experiences that feast the crave of spectators and stimulate listeners.

With over eight editions being held at a natural reserve in Morelos, Bahidorá has become one of Mexico’s most beloved events. With paradisiacal surroundings and an enchanting carnival, Bahidorá distinguishes itself with creativity, awareness, and ecologically responsible and friendly practices.

Alongside an art circuit that contains physical installations or multi-media pieces built specifically for the carnival, a space for workshops and lectures for entrepreneurs and a wellness area, Bahidorá works alongside Impact0 for the implementation of a rigorous sustainability program during the event.

Since its first edition, Bahidorá has committed to promoting and catapulting independent Latin artists with a bright future. Artists like Daymé Arocena, Systema Solar, Sonido Gallo Negro and Sotomayor have all graced Bahidora’s stage. Stay tuned for the official announcement of its ninth edition in 2021.

The Colombian coast is well-known for its lush tropical landscape, astonishing musical fusion and vast cultural heritage. Between the beachside towns of Santa Marta and Palomino lies Costeño Beach, where the annual Estéreo Beach festival has called home for over six years.

With the majestic Caribbean Sea as the headliner and Afro-Antillean vibes setting a magnetic tone, musical movements like champeta, cumbia and psychedelic bass come alive at the festival with a warm tropical heat.

Estéreo Beach honors the ancient Tairona, an indigenous group of people that have inhabited the Caribbean coast since before the invasion of Spanish conquerors, in a celebration that invites artists like Bomba Estéreo, Mitú and Nicola Cruz. Art, tradition and music blend together in what appears to be Colombia’s best kept secret.

With a 25-year trajectory of pushing forward the musical effervescence of Brazil, Rec-Beat has emerged as one of the country’s most compelling festivals. Established in 1993, Rec-Beat is a multicultural carnival that grants free entrance to a euphoric public. The festival summons thousands to celebrate in the Recife neighborhood in CITY.

By organizing a program encompassing four days of music, attendees travel on a diverse sonic journey, guided by artists like the soulful pop star Liniker, cumbia ambassadors Los Pirañas or rap guerrilleros Emicida or Rashid. Held each year in Recife, stay tuned for news about the 2021 edition.

Focusing on an  imminent environmental crisis, some festivals have reshaped their essence to the idea of building a sustainable future. Since its first edition debuted in 2017, the Dominican Republic’s Quelonios has stuck to their objective to bring awareness to our global climate threat. The festival focuses primarily on protecting the Samaná Peninsula, where it’s held each year.

Although Quelonios is a self-sustainable event and has to invest a lot of money and effort to pull it together, the festival has recently decided to join forces with Una Vaina Verde in order to apply a proper sustainability program. Initiatives include avoiding the use of materials that aren’t biodegradable, and implementing methods that provide data which will help to reduce the environmental impact of its surrounding.

This conscious festival offers activations with art, workshops, lectures, conferences, pro-environment outdoor activities, forums, cinema and music.Visit their website or social media channels to get tickets for the next edition, slated for 2021.