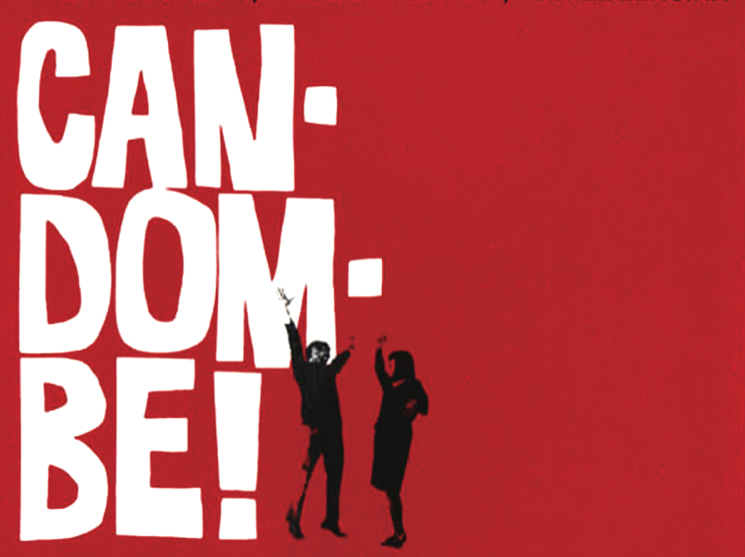 Candombe Beat: Travel Back in Time of Uruguayan Music

Finding some old tapes isn’t just exciting for reissue fans. It can also open a previously unknown door to hidden musical treasures. It’s the access to a universe that was believed lost. And it’s our excuse to review such a special phenomenon in Latin American popular music. Emerged in Uruguay in the mid-1960s, candombe beat was a magical hybrid between the Afro sound of Montevideo and the worldwide impact of The Beatles.

Can the kick of that movement be condensed into an album? That seems to be Musicasión 4 ½, the record of a series of collective performances in Montevideo between 1966 and 1969. This album just turned 50 and has been reissued by the Argentine singer-songwriter Juana Molina. Of course, the story wouldn’t be complete without the random factor: Mario Agustín González, a friend of Juana and a big lover of Uruguayan music, miraculously came across the original tapes, including some unreleased ones.

The main guest of Musicasión was El Kinto, a band with a furtive career led by the brilliant cult artist Eduardo Mateo, along with other great musicians such as Rubén Rada, Walter Cambón and Urbano Moraes. They were pioneers, because they write their songs in Spanish, unlike the pop bands of the time. And they added native rhythms. El Kinto was a revolution in the local scene: they brought candombe beat to life. Singer-songwriter Jaime Roos defined them as a UFO that landed in Uruguay to change everything.

Candombe is a South American cultural expression mainly related to percussion, heir to its African roots. Like any practice of popular culture that’s still standing, candombe finds its natural habitat in the streets. And its highest moment is the carnival season. The traditional parade of “Llamadas” takes place there: rows of percussionists follow one another in a vibrant and unabating dialogue of three types of drums: chico, repique and piano.

The Uruguayan carnival prides itself on being the longest in the world (it lasts a month and a half: from the end of January to the middle of March). During this period, the main avenues of the cities of Uruguay are filled with music, dance, colors, and fantasy. More than 2,000 drums sound in unison. The “Llamadas” parade recalls the gatherings of enslaved black people that took place outside the city during the 18th and 19th centuries.

El Kinto catalyzed the concerns of a new generation, clearly in tune with psychedelia and beat music. It was very similar to what was happening at the time with Tropicália in Brazil – in fact, both movements had bossa nova influences. El Kinto’s legacy followed instantly in the early 1970s with Mateo’s erratic yet talented solo career and the rise of groups like Totem and Opa. Totem brought together Rada and other former members of El Kinto. Opa was a project that fused jazz, rock and candombe, led by the Fattoruso brothers, who had already made themselves known in the 60s with Los Shakers.

Los Shakers also deserve a few lines in this story. They were more than just a validation of the high impact of The Beatles worldwide. They sang in English, of course, although they wrote their material at a time when cover bands predominated. They influenced all the young musicians who began to emerge on both sides of the Río de la Plata. And they were the reason why many became familiar with candombe, thanks to the experimental approach they took on their third and final album, 1968’s La Conferencia Secreta del Toto’s Bar. It was their masterpiece, called “the St. Pepper’s from Latin America”.

The syncretism between the Afro sound of Montevideo and the psychedelic pop of the Beatles – added to a noticeable incidence of bossa nova – marked the musical journey of Eduardo Mateo. After El Kinto, his candombe became somewhat more intimate in Mateo Solo Bien Se Lame, his solo debut in 1972. Then, in the following years, he also echoed the mystical influence of Indian music, especially in some songs of the duet album Mateo y Trasante (1976) and in his second solo record Cuerpo y Alma (1984).

The legacy of candombe beat today isn’t only traced to some regional artists, but also to Uruguayan singer-songwriters who chose to live and pursue their careers far from their homeland, as is the case of Juan Wauters. A figure on the New York indie scene and a crazy friend of Mac DeMarco, Wauters regularly tours extensively in Europe and has already released five albums on the Captured Tracks label.