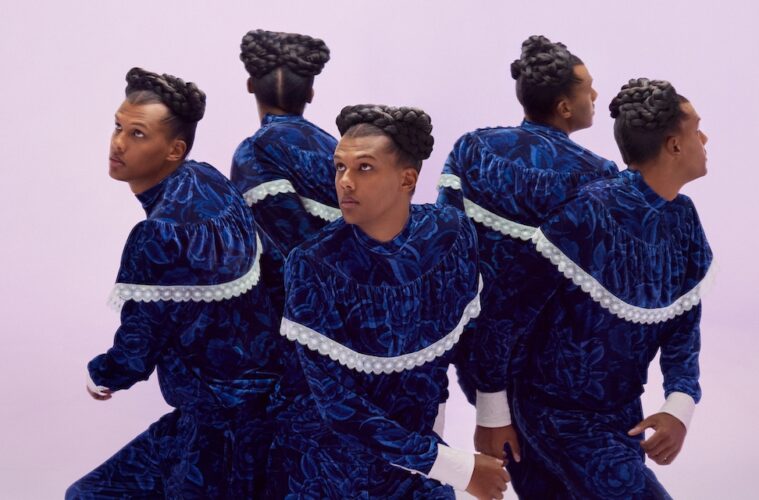 What People Are Actually Listening to in France

What do we mean when we talk about French popular music? From the outside, perhaps, we could imagine something similar to the nouvelle chanson, one of the scenes that emerged in the 90s, heir to the legendary chanson. That type of French-style song became so popular between the 40s and 60s, through both male and female voices, from George Brassens to Serge Gainsbourg, from Edith Piaf to Françoise Hardy.

Today’s audiences consume a lot of different music. And in this wide range it’s clear that French rap has been the most popular musical genre in the country. For decades, France has been the largest market for hip-hop outside of the US, but it has never been apprehended as a foreign culture. Quite the contrary: French rap is a scene with a deep-rooted identity, with its own language, on local issues. There’re plenty of references from the 90s, from groups like IAM and NTM to rappers like MC Solaar and Doc Gynéco.

On paper, Paul van Haver isn’t French. That’s the name he got when he was born in Brussels, Belgium. Although the truth is that he’s known much more as Stromae, his stage name, especially in France, where he’s already one of the country’s top pop stars. Singer, songwriter and producer, he has emerged from the world of rap. But his training in hip-hop culture was only a basic platform to become an integral artist, one of those who always surprises. He rose to fame in 2009 with the single “Alors On Danse,” a success that he’d reinforce four years later with songs like “Papaoutai” and “Tous Les Mêmes.”

Stromae continues to spew clever rap rhymes but also displays a melodic flair that links him to the chanson tradition. Special mention deserves his genius for using electronic music, with a set of samples of sounds and rhythms from different ethnic sources. Proof of this stylistic spectrum are the Andean vibes of “Santé” and the existential feeling of “L’Enfer,” the first two singles from his new album Multitude (2022).

Stromae is neither the first nor the last of the Belgian artists to conquer the French public. In the 1950s, Jacques Brel settled permanently in Paris to develop his artistic life and become a distinguished citizen. The recent case of Belgian-Congolese singer Marie-Pierra Kakoma, known professionally as Lous and the Yakuza, is very different. Her childhood was marked by exile as a result of social conflicts in Congo where she was born. At the age of 4, she arrived in Belgium, and five years later she and her family relocated to Rwanda, where her mother comes from. Finally, as a teenager, she returned permanently to Brussels.

Lous and the Yakuza gained attention with her debut single “Dilemme” in 2019, followed by other songs like “Solo” and “Bon Acteur.” At the end of 2020, she released her first album Gore, produced by El Guincho. Another young female artist from Brussels who stood out around that time was Angèle Joséphine Aimée van Laeken, simply known as Angèle. She released her debut album Brol in 2018 and became a sensation in France in 2019. In 2020, she did a few collaborations, from Swing (“S’en Aller”) to Dua Lipa (“Fever”). Her latest album Nonante-Cinq came out at the end of last year. Thanks to her single “Balance Ton Quoi,” she has become a referent of feminism.

French artists are the result of constant multicultural exchange. Many carry the migration gene with them from childhood, as is the case with Jain. Others came to the big cities more grown up to start a different life. This is what Ayo talks about in the song “Né Quelque Part.” Her full name is Joy Olasunmibo Ogunmakin and she’s the daughter of a Nigerian father and a mother of Sinti ethnic origin. Ayo has a successful career in Paris, although she was actually born in Cologne, Germany.

If we talk about migrations and cultural mixtures, we cannot fail to mention Ibeyi. We’ve already told the story of this duo formed in Paris by Franco-Cuban sisters Lisa-Kaindé and Naomi Díaz. Although their experimental R&B is mainly completed by English, Spanish and Yoruba lyrics, French is still their everyday language. For Gaël Faye, on the other hand, French is key to rapping everything he wants to say, but it can also be combined with a chorus in Kirundi. That’s the formula of his successful 2012 song “Petit Pays.”

Gaël Faye was born in Bujumbura, Burundi. He’s the son of a French father and a Rwandan mother. He moved to France as a teenager, fleeing the civil war in Burundi and the Tutsi genocide in Rwanda. The story of “Petit Pays” is inspired by his childhood, marked by war and exile. It’s the same story that would later become a book. It was so, in recent years, this talented rapper has become a literary star. Of course, both passions still coexist.

The influences of cultural miscegenation in French music could already be noted in the songs of Manu Chao and his late 1980s band Mano Negra. Since then, French rock has always intended to get closer to African music, with its tribal sounds and haunting rhythms. This is what Tshegue comes to show us today, a duo formed in the Parisian suburbs by singer Faty Sy Savanet and drummer and music producer Nicolas Dacunha.

Yseult Onguene, known simply as Yseult, owns one of the most powerful voices to appear in the last decade. She began her career in 2014, while still a teenager, after reaching the finals of a televised talent show. In 2015, she released her self-titled debut album, but years later she confesses that this record doesn’t fully represent her. By 2019 she outlined her own style, which she defined as “Y-trap,” a fusion between trap and pop with raw lyrics and psychedelic atmospheres. A new musical universe that’s embodied in her EP Noir.

It doesn’t matter that Ichon is considered one of the most captivating male singers of the moment. When it comes to introducing himself, he continues to call himself a rapper. His real name is Yann Bella Ola and he has Cameroonian roots. Sure, he has a past in the French hip-hop scene. He even has a present, as part of Bon Gamin. But the truth is that his romantic style ended up opening his own path, an ascending solo career, with a lot of soul, some funk, and two released albums: Il Suffit de la Faire (2017) and Pour de Vrai (2020).

Get into the French groove by hitting shuffle on our playlist Avec Amour.