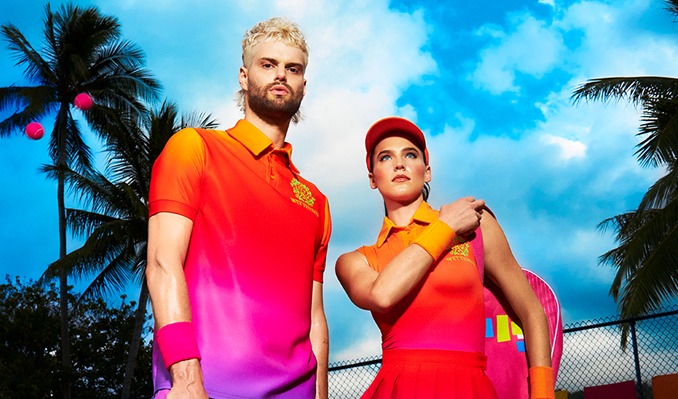 If You Like Sofi Tukker, You’ll Love These Artists

Quite a while ago – probably thanks to the genius of David Byrne – we understood that danceable pop could break certain patterns and become magically tribal, jungle, and even more hypnotic. Maybe that’s why we couldn’t resist the magnetic beats and aphrodisiac voices of Sofi Tukker. The Florida-based New York duo made this clear from the start, with songs like “Matadora” or “Drinkee.” Now it’s time to add some names and keep the vibe going.

We have probably all danced to a Jain song at some point. Or at least we follow its pulse rhythmically, without realizing or resisting. Or maybe we hum it. Or we whistle it. And we never knew it was her. This talented French singer-songwriter whose birth name is Jeanne Louise Galice. So far she has only released two albums: 2015’s Zanaka and 2018’s Souldier. But the truth is that she has been shaking up streaming platforms for some time, especially through her fabulous video clips that have amounted millions of views.

As a child, Jain traveled the world following her father and his work duties. She lived three years in Dubai, four years in the Congo, a year in Abu Dhabi, finally settling in Paris. It was during those trips that she forged her musical taste, and became interested in dance rhythms and percussion instruments—something that would definitely shape her style. One of her first hits was the song “Makeba,” a tribute to her heroine Miriam Makeba, also known as Mama Africa, the legendary South African singer and human rights activist.

What’s happening with Alewya Demmisse is still very recent. But it’s definitely happening. A multidisciplinary and multicultural artist, she’s becoming quite a sensation, not only in the world of modeling but also in the music scene. In addition to being a musician, she is also a sculptor and illustrator. Alewya grew up in West London in a refugee family heavily influenced by her African and Arab roots. In fact, before being relocated to the UK, she was born in Saudi Arabia and lived in Sudan until she was 5. Her father is Egyptian and her mother is Ethiopian: hence the origin of her name, which means “the highest” in Amharic.

Alewya’s first single, “Sweating,” was released in the middle of the pandemic, in mid-2020, and was enough for Little Simz to invite her to appear on one of her songs and to be her opening act the following year. In 2021, she added two more singles and released her first EP Panther in Mode. Spiritual and seductive, Alewya turns the “Play” video clip into a wiggling ritual and gives herself the pleasure of dancing until the sun rises.

Deep bass drums inject concentrated energy to the point of lifting the entire body like a complementary exercise to meditation. Synthesizers expand like waves on the sand, strings and percussion reveal ethnic secrets, recordings of nature are treasured in music boxes… All this transports us far, far away, conjuring desert expanses with mirages of oases, from sacred temples to paradise jungles. It’s the magic of the soundscape, one of the great specialties of Khanvict, who chose this artistic alias so that his real name, Asad Khan, wouldn’t be confused with that of a renowned Indian sitarist.

It’s no coincidence that Khanvict’s second EP, released last year, is titled Escape. His music largely represents his life story. And he, who migrated from Pakistan to Canada with his family at the age of 13, defines himself as an escape artist. Furthermore, these songs were written and inspired during the pandemic lockdown, reinforcing the idea of ​​escape. After some instrumental tracks, the voices spring up and rise with spiritual excellence, wrapped in the Punjabi language and Sufi mysticism, like traditional folk songs and old children’s tunes.

It would be a no-brainer to put Bomba Estéreo on this list, considering the Colombian group has even collaborated with Sofi Tukker. But the truth is that both share too many similarities in their musical styles, especially in their tribal approaches to rhythm and in their ethnic details in the choice of arrangements. Just like Sophie Hawley-Weld and Tucker Halpern do, Bomba Estéreo uses electronic music as a base territory to venture out, always with dance as a spiritual guide. No matter the distance and the language difference, both bands have the same password for everything: “party.”

Here we have already dedicated some lines of praise to Bomba Estéreo, one of the Latin groups with the greatest global projection in recent years and an inevitable reference when reviewing the fruitful Colombian music scene. What we had never mentioned, however, is the meeting they had with Sofi Tukker in 2019. The formal purpose was to make a song for the soundtrack of a video game, Need For Speed. But we suspect that this collaboration was something that both wanted to achieve for a long time. The result is titled “Playa Grande” and even led to a colorful video clip.