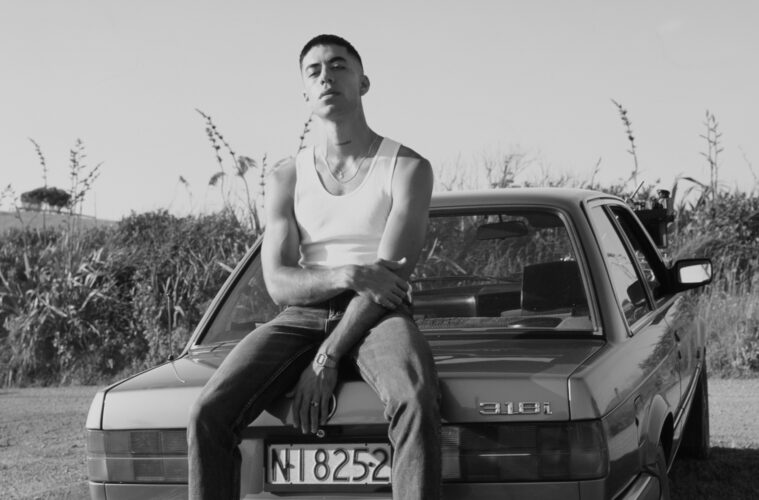 5 New Zealand Artists We Are Obsessed With

In the past decade, following the emergence of major talents like Lorde and Kimbra, many of us began to focus on New Zealand. But the truth is that this oceanic country, recognized for its majestic landscapes and its magnificent rugby team, never stopped having a busy music scene. From long-standing bands to true rising stars, there’s no limit to Kiwi talent.

At just 22 years old, Stella Rose Bennett – better known as Benee – is a great pop sensation. Born and raised in the Auckland suburb of Gray Lynn, she began making music in her senior year of high school. While she did pursue a university career, she held off on uploading her first songs to Soundcloud. In mid-2019, she released her debut EP Fire on Marzz, fueled by the well-received single “Soaked.” She closed that season winning almost everything at the New Zealand Music Awards. Shortly after, she had her second EP Stella & Steve ready, including the catchy song “Supalonely” that went viral on TikTok.

By 2020, Benee had received Elton John’s blessing and widespread recognition as “New Zealand’s Billie Eilish.” Around that time came her television debut on The Tonight Show Starring Jimmy Fallon, where she performed her global hit alongside Gus Dapperton. Towards the end of that year, Bennee finally released his debut album, Hey U X, featuring talents such as Grimes, Lily Allen, Flo Milli, Mallrat, Kenny Beats, Bakar, and Muroki.

This blonde Auckland native with German roots is a rising star in her purest form. Kiki Rockwell is in her mid-twenties and already has millions of followers on social media. Everyone is fascinated by her intimate song snippets and her cosplay folklore – she also works as a costume stylist. Her musical past is quite recent and has to do with the indie band, The Leers, joining the quartet on keyboards and vocals for their 2020 album, The Only Way Out Is In. Of course, the only thing on her mind right now is her solo career.

Last year, Kiki Rockwell released her debut EP Bleeding Out In A Forest, a collection of six folk-infused pop songs, featuring haunting vocals and atmospheric soundscapes. Shortly after, she released the single “Same Old Energy,” with a video clip that raises the stakes by combining her angelic voice with a mythical and esoteric aesthetic. “History repeats,” she sings, in a kind of coven of ancient maidens dancing and writhing around a bonfire. History repeats, yes, but magic is renewed.

You don’t always find a voice as special as that of this Maori soul singer. His real name is Te Karehana Gardiner-Toi, although he’s known as Teeks. Born in 1993, in Te Tai Tokerau, geographically known as the Northland Region, he grew up between his father’s home in Opononi and his mother’s in Tauranga. It’s hard to imagine that he was so shy that he didn’t dare to sing in front of his family. But here he is, settled in Auckland to further his career, after becoming a breakout artist with his 2017 debut EP The Grapefruit Skies.

In 2020, Teeks began teasing singles that anticipated his first full-length album, Something to Fee, released early the following year. As its title suggests, this collection of soul and R&B songs is the faithful testimony of a man in touch with his emotions, opening and healing his heart, tenderly singing powerful melodies. The musical tracks follow a vintage pattern that never fails, and his voice, deep and smooth, grants a singularity that seems to carry his roots almost mystically.

The map of neo-soul continues to expand, and Jordan Rakei’s migrant spirit contributes to the cause. He was born in the small town of Tokoroa, New Zealand’s North Island, in 1992, but spent much of his life in Brisbane, Australia, until moving to London in 2015. Although he had self-released some EPs at the age of 21, his radius of action definitely widened after settling in England, collaborating with artists like Tom Misch, FKJ, and especially Disclosure on the Grammy-nominated song “Masterpiece.” Jordan used the momentum to release his debut album Cloak, as well as reveal his dancefloor alias, Dan Kye, all in 2016.

The following year, Jordan Rakei signed with the London label Ninja Tune, which took care of releasing his next three albums: Wallflower (2017), Origin (2019) and What We Call Life (2021). He can be seen on the bill of the legendary Brixton Academy, captivating at several renowned jazz festivals or adapting to Tiny Desk Concerts, alone or with a band, playing the keyboards, sampling his own voice, weaving sound atmospheres, or simply stroking an acoustic guitar. Whatever it is, this talented musician and singer-songwriter manage to always be the same, a stringer of melodies, a hypnotist of singing.

In the history of popular music, it’s often the case that a parallel project, set up for fun or to occupy idle time, ends up being the main sensation. This is precisely the case for Fat Freddy’s Drop, originally just a jam band, formed in the late 90s by musicians from other bands – such as The Black Seeds, Bongmaster and Trinity Roots. The spirit of this seven-piece band is clearly collective, based on their enthusiasm to get together and play, wherever, whenever. In fact, their recording debut was a live album. Reggae, rocksteady, dub, soul, rhythm, blues, and  funk – anything with a good groove and a true feel suits them.

Fat Freddy’s Drop’s musical compass may point to Jamaica or Memphis or New Orleans or who knows where. But the truth is that they are well entrenched in Wellington, New Zealand, their homeland, and definitely their biggest influence. In fact, their music has been categorized as Aotearoa roots music – meaning music inspired by Māori and Pacific Islander culture. Their latest album came out last year and is titled Wairunga, in reference to a small place in Otago. The release was accompanied by a concert film documenting the band performing the new material in this very location, on the hills above Waimaram Beach.