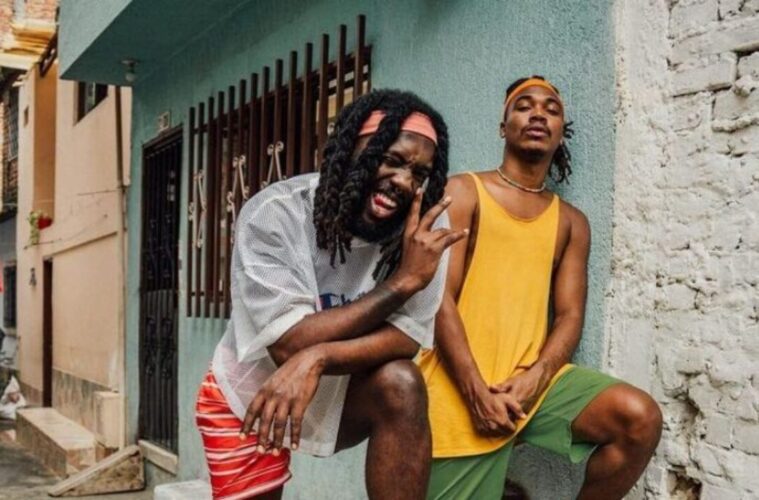 What Colombians Are Actually Listening To

Reggaeton continues to sweep Colombia, with artists such as J Balvin, Maluma, Karol G, Piso 21, Manuel Turizo, and Sebastián Yatra. These Latin pop stars dominate the urban music rankings alongside their peers from other countries such as Puerto Rico and the United States.

Some Colombian pop stars aspire to expand their playing field, not resisting reggaeton, but bringing more organic instrumentation to the scene and tackling other music genres such as cumbia, ballad, and bachata. Camilo Andrés Echeverry Correa, known simply as Camilo, is the perfect example. He became known on television in 2007 after winning the Colombian version of The X Factor talent show. Years later, he released his first collaboration and found success writing hits for various stars. Today, he’s a celebrity, and his recent Tiny Desk (Home) Concert is perhaps the best gateway to find out what he does.

A separate paragraph is deserving for artist, Bomba Estéreo, one of the Colombian groups with the greatest projection in the last decade. Formed in Santa Marta in 2005, they returned last year to the spotlight with their sixth album Deja, probably their most ambitious work to date, presented in four-part batches titled: Tierra, Fuego, Aire y Agua. They always seem to be specialists in the art of fusing rhythms and styles, from electronic music to cumbia and champeta, through rock, hip hop, reggae and alternative reggaeton.

Of course, those names that streaming platforms and mass media project outside the country don’t represent everything that Colombian people actually listen to. That’s why we’re here to paint a broader picture and to add some artists to put on your radar.

Trained in urban music, but with super-high creative minds, Dawer x Damper is a duo of brothers from Cali that’s been causing a stir lately. It’s an unprejudiced artistic project, with dancehall and afrobeat as musical engines, and with lyrics that raise reflections on ethnicity, gender and politics. Their flow’s always sharp, and their aesthetic is made to break the norm. A colored mix that combines social themes, daring looks and sounds of an avant-garde dembow. Not in vain are they called to be the promise of Latin American Afrofuturism.

The Colombian hip-hop scene is really fruitful. The contagious beat and incessant flow of Alcolirykoz sounds powerful from Medellín. Their album from last year, Aranjuez, is their greatest work to date. A little further down the map, the rhymes of the Bogota rapper El Kalvo sprout, loaded with his own experiences and a well-present social conscience.

Capable of mixing hip hop with the cadences of reggae and a cocktail shaker of Afro-Colombian sounds, Zalama Crew is a nine-member collective from Cali with more than a decade on the road. This group also often undertakes social projects that help homeless people or people with addiction problems to find an opportunity in life.

Called to lead the revived Colombian current of alternative music, Los Petit Fellas is a restless quintet formed in Bogotá that’s fully committed to the fusion of styles, without limiting themselves and always going through different musical moments, from funk to hip-hop, with hints of jazz and Latin rock. Their 2014 album Historias Mìnimas made them the breakout band of that year, and their recent triptych 777, released in three parts between 2020 and 2021, is their most ambitious and complete work. Some of these new songs feature female vocals from Lido Pimienta, Mabiland, and Goyo (ChocQuibTown).

Las Áñez is made up of two twin sisters from the city of Bogotá. They are Juanita and Valentina Áñez Rothmann, who grew up as girls listening to the great female voices of Latin American music, from Violeta Parra to Mercedes Sosa. Immersing in their musical atmospheres is almost a gesture of resistance to the misogyny that tends to abound in reggaeton. This is what they put on stage recently at the legendary Festival Estéreo Picnic, where they unfolded their range of genres: folklore, pop, jazz and avant-garde music.

In recent years, a significant generation of female artists has also emerged on the local scene. The commendable singer-songwriter and cultural manager Lorena Posada is something like the leader of this wave of wonderful women. In fact, she’s the artistic director of the Sonora Bogotá Festival, aimed at making female talent visible. It was precisely by performing at this festival that Gabriela Ojeda – best known by her stage name, Briela – became known. This singer-songwriter from Nariño usually uses only her guitar and her luminous voice. Her songs tell her reality through simple melodies and complex puns.

Migrations have a lot to do with the development of a global music scene. This is how the name of Karly Marina Loaiza, better known as Kali Uchis, appears immediately. The American-Colombian singer-songwriter is already internationally recognized and has brought a refreshing breeze to the industry. Another interesting reference here is Lido Pimienta, originally from Barranquilla but residing in Toronto. Her music combines electronic pop with Afro-Colombian styles such as cumbia and bullerengue.

It’s in this migrant gang that now we find Musas. Daughters of a Colombian father but based in New York, they are three Afro-Latin sisters who sing in Spanish and English, and who make music to break borders. They’ve just come out with a debut single in collaboration with Luis Eduardo Acústico, an artist from Chocó recognized for being one of the pioneers of the ritmo exótico, a new musical genre of the Colombian Pacific coast.

Nothing would be the same without those youth orchestras that dare to rescue traditional rhythms. There we find La Sonora Mazurén, already recognized for their anthropological work of the seventies tropicalia. Of course, this band from Bogota could settle for fervently recreating old cumbias, chichas, guarachas and salsas. But they also ventured to write their own songs, giving the same effect: moving the body in a wild dance.

Also based in Bogotá, but with the main focus on salsa, La Pambelé is another name making a splash at tropical parties. They got together during quarantine and quickly managed to inject some color and flavor into these turbulent times. Their self-titled album is a celebration of life, love, and the salsa legacy that has marked Colombia for decades.