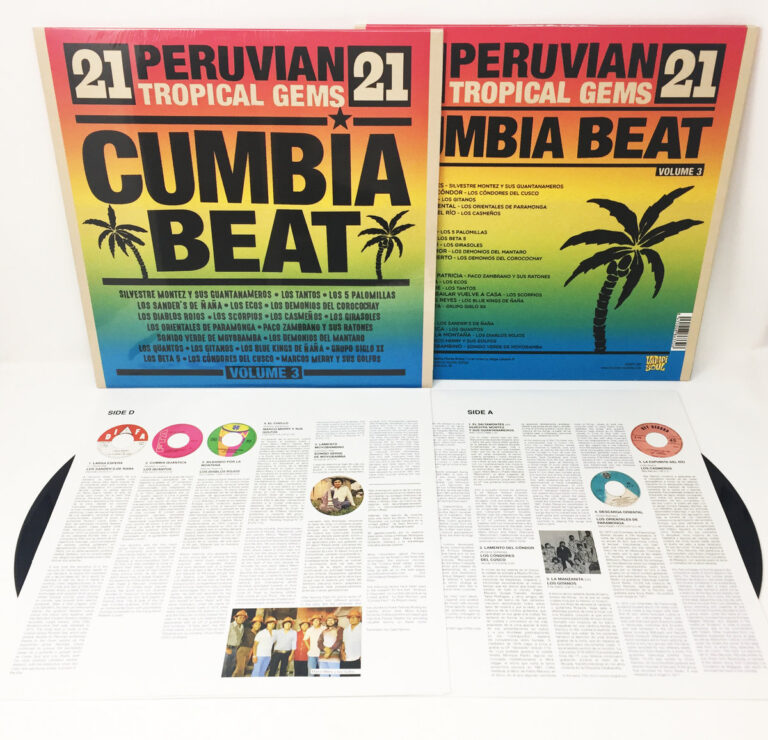 We live in a world where everything seems to be online and that includes music, of course. The work of record labels when it comes to discovering new sounds became limited to a rather virtual space, associated above all with what stirs up social networks. But we also know that not everything good is within reach on the internet. And not everything surprising is necessarily new. For this reason, the mission that the Spanish label Vampisoul carries out with archaeological passion is so valuable, even in cultural terms.

It’s no coincidence that this year Vampisoul celebrates its 20th anniversary. It was founded in 2002 as a division of Munster Records dedicated to rescuing record jewels from different corners of the world. It’s a catalog focused on the 60s and 70s, ranging from the dark wonders of American soul and West African funk to the hidden treasures of Latin American music – prehistoric Cuban and Puerto Rican rhythms of salsa, Peruvian psychedelic cumbia and boogaloo, Brazilian and Uruguayan folk-pop, among endless tropical rarities.

Iñigo Pastor is the director and founder of Vampisoul. His first label was Munster, more than 30 years ago. Later, he founded Vampisoul, totally linked to Munster but with a different musical orientation. Label manager Javi Bayo – also known for his facets as a DJ and radio host – told us: “As a great collector and restless guy that he is, Iñigo began to have access to records released long ago in different places, from Africa to Latin America, which urgently needed to be reissued for everyone’s enjoyment. Thus began the work. Personal concerns and lucky encounters have been marking the course of Vampisoul all these years.”

As part of its vast catalog, Vampisoul has been making an incredible rescue of old Latin American recordings, especially from all that range of fusions of Afro-Peruvian and Afro-Caribbean rhythms. Javi details geographically how these findings have been taking place. “Peru, Colombia and Brazil are probably the territories in which we have the greatest connections and where most of the projects have been born. These regions have a musical wealth that seems inexhaustible, and some recordings have come to light in recent years that we would never have suspected we would release. Also, Argentina and Uruguay are two places where we are focusing a lot in more recent times,” he says.

Many releases are compilations that have become multi-volume series, such as Cumbia Beat, The Afrosound of Colombia and ¡Gózalo! Bugalú Tropical. In the case of the boogaloo series, it’s the result of a long investigation in the archives of the old record labels of Peru. A collection with the best artists of the 60s and 70s who experimented with jazz, soul, pop and boogaloo, bringing their own unique Peruvian flavor. A long history that begins with the big bands of the 1930s, heavily influenced by their Cuban counterparts, including the expansion of tropical music in the 1950s and the Latin migration into New York’s slums in the 1960s. The crossing of influences was continuous. The boogaloo and its little brothers, the shing-a-ling and the afroloo, took over the dance floors with a lot of grooves.

It’s precisely the groove, as Javi points out, the line that somehow defines Vampisoul’s catalog. “Years ago, a meeting event for the record industry was held in Cannes, France, where you could meet catalog owners and characters of all kinds, with the chance to access very interesting recordings,” he tells. “Over the years, record exploration hasn’t only involved us as a label, but also collectors, musicians, and experts we met and who gave us ideas for future releases. What has remained from the beginning is the ingredient of the ‘groove’, and that happens in all the albums we release, whether it’s jazz, cumbia, salsa, soul or samba.”

It’s hard to choose a favorite among so many wonders. However, Javi identifies some albums that they are particularly proud of. “The ones that have given us the greatest joy are probably the compilation of Elia and Elizabeth’s songs (La Onda de Elia y Elizabeth), the album that Joe Bataan recorded almost at the beginning of Vampisoul (Call My Name), and almost anything from Discos MAG from Peru, a fabulous catalog from which we have already reissued a lot of things and that we have recently acquired in its entirety.”

Finding some of these old recordings must be as difficult as finding their authors. This means an elaborate process of rescue and reissue. “You must first obtain permission for the reissue from the rightful owner of the recording. They are not usually the artists, by the way, despite the popular belief that a musician is usually presumed to be the owner of their recordings. That music originally came out on a record label and therefore they are usually the holders of the rights to it. The second step is to access good sound sources to rescue the audio, ideally the tapes of the recording. Accessing the original cover artwork is also vital as we like to keep as much fidelity to the design as possible,” he explains.

There are other labels willing to collaborate in such titanic tasks. In fact, Vampisoul often shares some releases. “Every case is different. Sometimes it’s a complete co-production, other times a mere collaboration. Luckily we have great friendly labels: Little Butterfly Records in Uruguay, Melopea in Argentina, Discos Fuentes or Codiscos in Colombia, La Roma in Colombia and Mexico…”

It’s clear that Vampisoul isn’t just another label in the music industry. Time is definitely on their side. “We’ve always avoided being part of fashion. And we’ve always trusted our taste and instinct when doing things. Luckily, that has built a good reputation for us and a solid base of label followers who are aware of everything we release,” Javi concludes.